﻿
﻿
I didn't even think about going to McDonald's when I visited Hawaii. I presumed that it would be just like the mainland, not worth a precious vacation meal when there is so much other good food. That is, until I asked asked a coworker of mine what to do in Hawaii, and she, a Hawaiian native, told me to go to McDonald's.

I'm kind of ashamed I didn't think of this myself. Of course McDonald's in Hawaii would be different from the mainland. Everything in Hawaii is different from the mainland.
The problem is, unlike the McDonald's in foreign countries, I could not find the Hawaiian version of the menu online anywhere. All I knew is that there would be spam. There had to be spam.
So, on my last day in Maui, guess where I went?

﻿﻿
I ordered the Local Deluxe Breakfast, which came with Spam, Portuguese sausage, eggs and rice. The eggs, well, they were just typical McDonald's yellow colored fluff, no surprises there. The Spam tasted exactly like Spam: the delicious taste of high fat and cholesterol. But the Portuguese sausage, that was excellent! So juicy with just a hint of spice. And the rice wasn't bad at all, even though it is probably minute rice.
I love McDonald's.

To drink, we ordered two large Iced Coffees. I must have forgotten what large in America means....

Everything in McDonald's feels Hawaiian, from the flags to the menu to the tropical landscaping. Even the trashcans say Mahalo!

After a long break

After a long break, I am back...and finally posting these old photos. 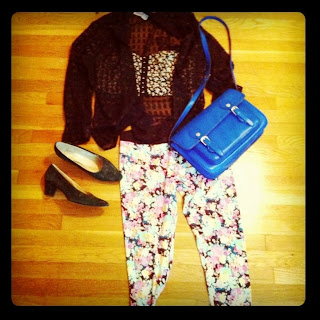 After a month long hiatus from blogging and, quite frankly, any meaningful writing, I have finally returned to my tiny virtual home. I wish I could say that I've been too busy traveling to exotic locations to find time to write about them, but sadly that isn't the case.

For a number of reasons, real life has taken up the better part of my time and I just haven't had a chance to sit down a write anything. Furthermore, as of lately, I have been cursed with a huge case of writer's block, and more upsetting, blog identity crisis. Ok, time: I can make more of, writer's block: I can overcome, but blog identity crisis?! Who has ever heard of such a thing?

In truth, as I spent the last couple weeks watching the sun rise and set over the Hawaiian islands, I was stuck by the painful realization that I had not one damn thing to say about it. Sure it was beautiful, and yes, I took plenty of pictures, but words didn't exactly pour out me as they usually do. And as I sweat through the tropical heat on jungle hikes through Maui and city walks through downtown Honolulu, I thought long and hard about what the hell I was going to do with my blog when I got back.

When it comes to Hawaii, it's not like there is  nothing interesting to say. I mean there was spam,  coconuts, the cemeteries...but all the topics seemed like those that fill a vapid space between the small talk and the stranger. I was overcome with an urge to write about something deeper, but every time I tried to write about Hawaii, I ended up writing about myself.

The thing I thought about the most in Hawaii was home. That's Portland, Oregon. It's not where I was born or raised, but somehow, in a snowstorm I encountered between a trip from Tokyo to Berlin, the city became more of a home than any place I've known. Before I left for Hawaii all my coworkers were saying things like, "Oh, you'll love it there, you won't want to come back!" or "I'm so jealous, I wish I was going to Hawaii. Actually, I wish I could live there!"
Well, let me tell you, as a person who just spent two weeks on Maui and Oahu, I was ready to come back, and I would not want to live there.

It's not a bad place, and I can see why many people think of it as paradise, but I'm sorry, there's just no place like home. As I thought about this while watching the full moon over Kihei, I was struck by a sense of disappointment that I didn't fulfill to my coworkers' prophecy of not wanting to come home. I was kind of hoping I would find a place so nice that I would want to stay put forever. But after two weeks of sun and sand I practically ran back onto the airplane, ready to return to cloudy mornings, gourmet food, and coffee shops.

But here's the more pressing question: Aren't I supposed to love vacations so much that I don't want to come home? Isn't that why people go on vacation? For being a world traveler, it's strange that every time I go on vacation, I just can't wait to get back. That right. Get back to my chilly city, my sweet sweet love, my 9-5 job, and even my monotonous daily routines. In this aspect, I feel like a failure as a traveler. Part of me believes that to be a successful traveler I should be restless, adverse to routine, and constantly thriving in new environments. But I'm the type of person who wants to be settled, not forever, but for a while. I want to feel like a contributing part of some society, even if it's not my own. So what kind of traveler does that make me?

(which is basically code for: get ready for some superficial posts on spam! The deeper stuff, I'll save that for another time....) 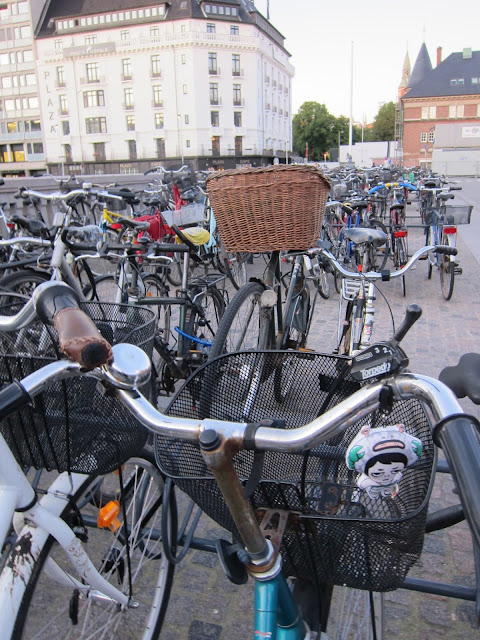 Lost in a sea of bicycles, Copenhagen, Denmark 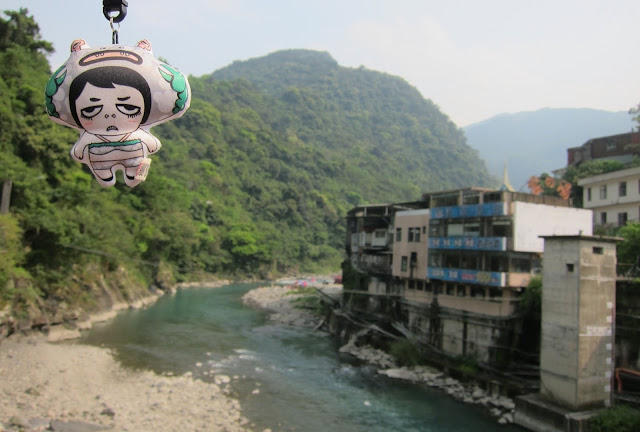 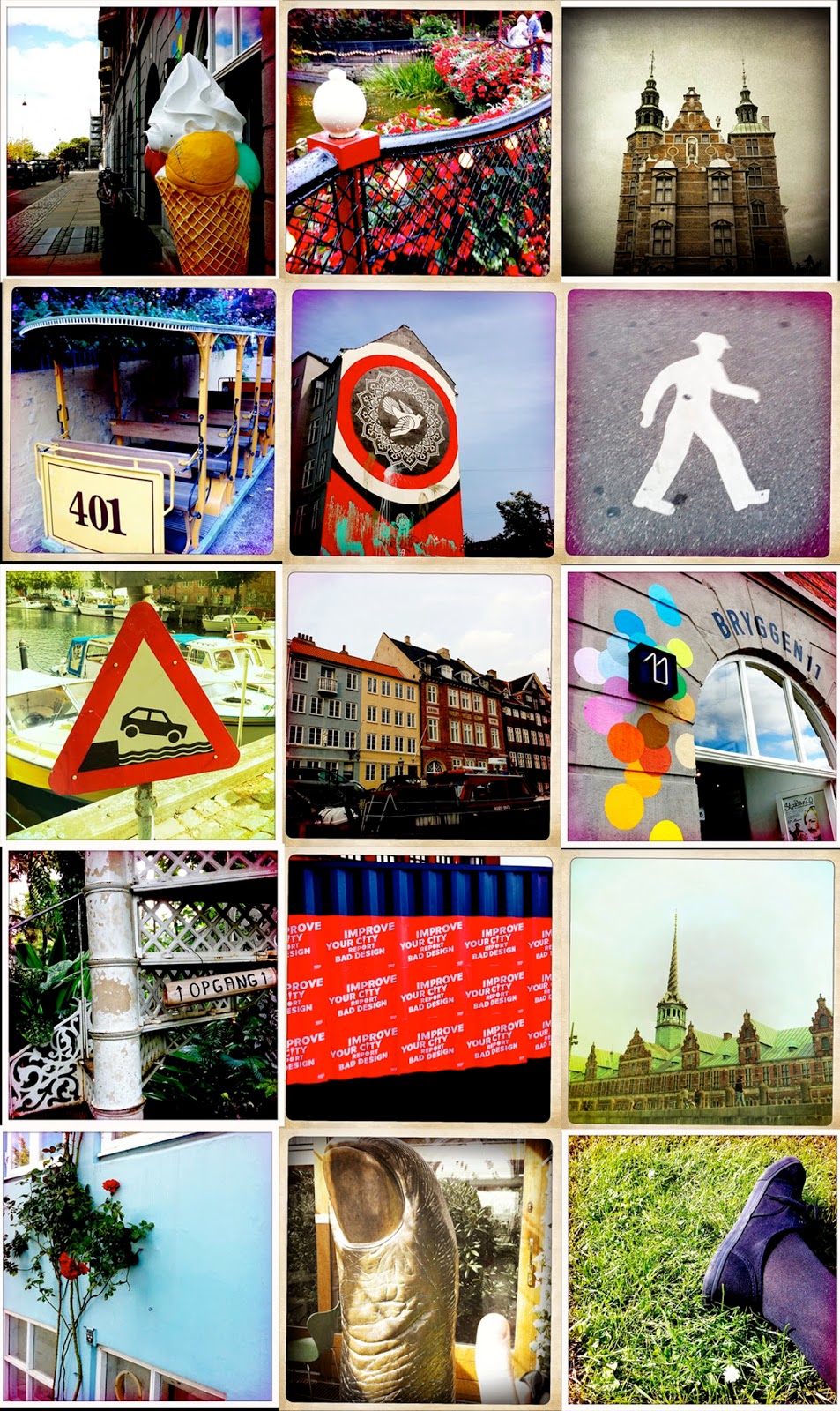