A Walk Along the Akerselva 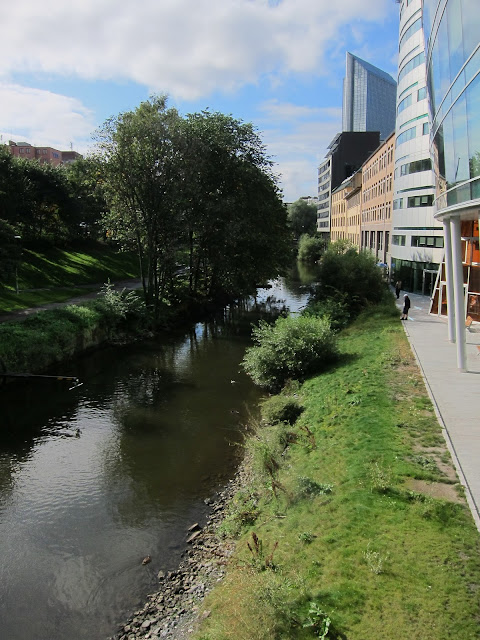 When we were in Oslo last fall I made a point to contact an old friend living there and get the inside scoop on the city. The friend, an American living in Oslo (and fluent in Norwegian), went above and beyond that request and provided us with not only a list of things but also a map! Although we didn't get to see her in Oslo (she was, ironically, vacationing in the U.S. at the time) I am ever so grateful for her guidance.
After going through it and narrowing down our options for a relaxing three day sojourn to the Norwegian capital, I decide that a walk down the Akerselva was one thing we must do.

The Akerselva is a tiny river running through the city.  It provided the most picturesque walk for us and we explored the city. We began at the very southern base of the river, which, coincidentally, was right by our hotel. I thought the river walk would be full of tourists or locals at least (walking up and down the Willamette River is a popular pastime in Portland) but for the most part we were the only ones. 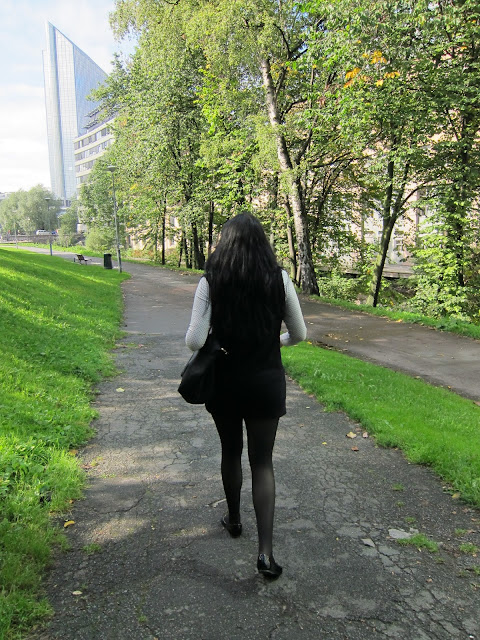 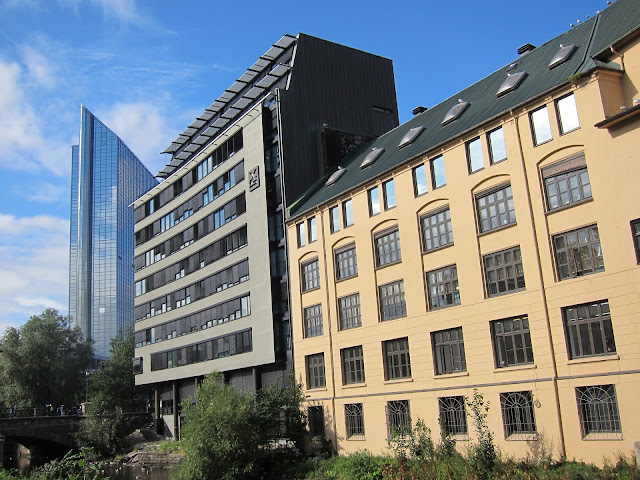 Around this area we still had a very metropolitan view. Further up the river emerges several sprawling parks to both sides, and the view of city buildings all but disappears. 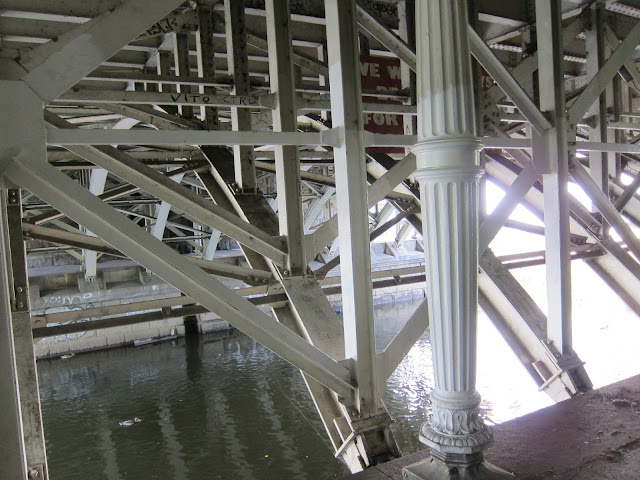 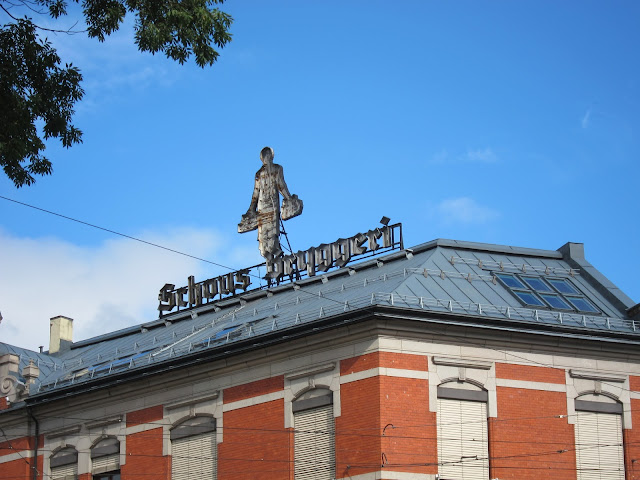 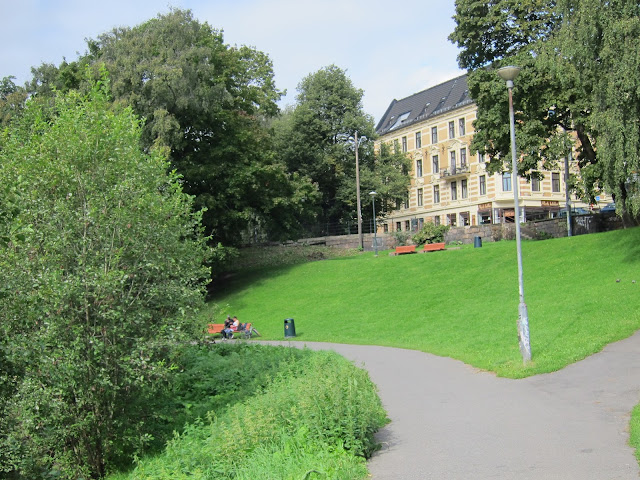 At a certain point, things get a little bit, well, artsy. I mean the Oslo trademark  graffiti starts to reveal itself and random art projects pop out from the trees. 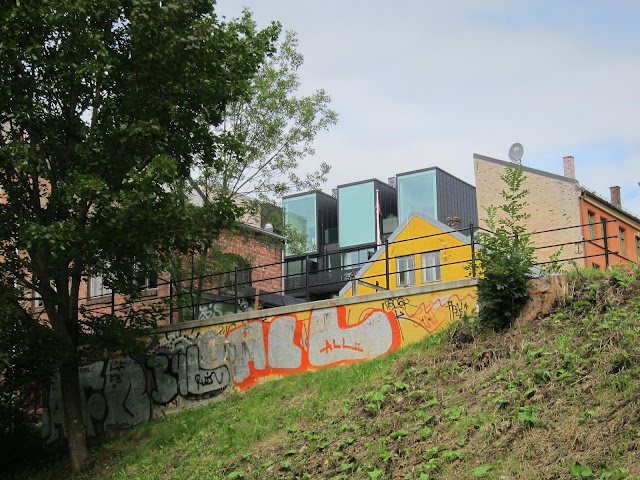 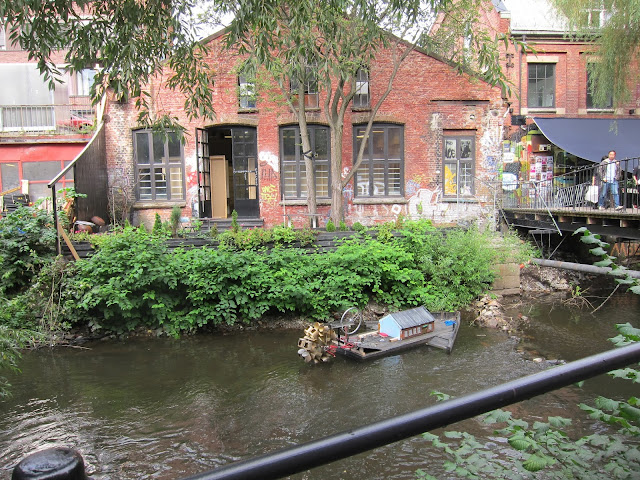 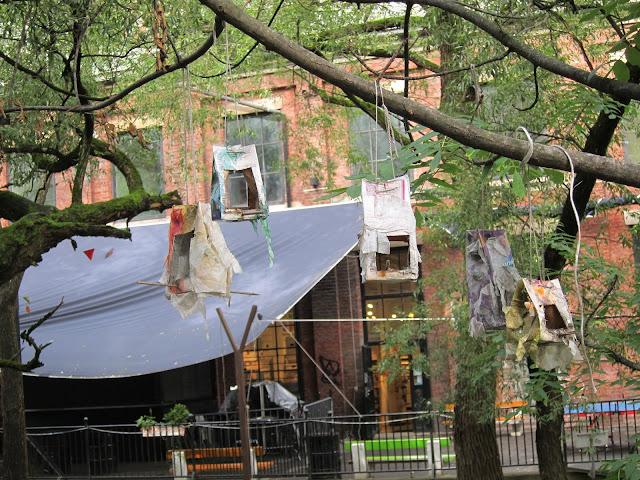 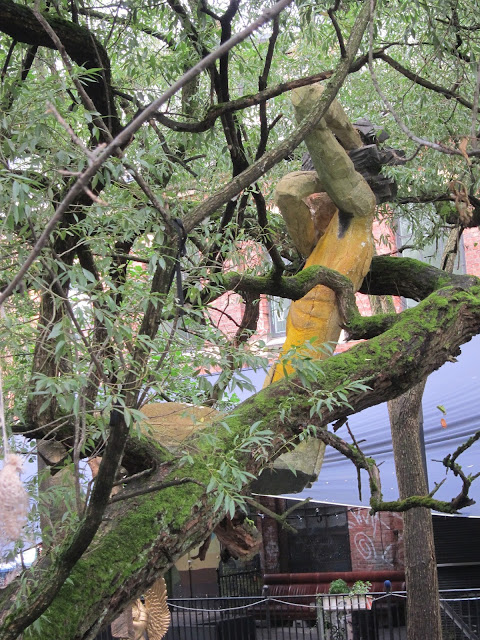 About halfway through the walk,  you end up being right in the middle of the amazing coffee of Tim Wendelboe, and the Oslo School of Design. So, coffee in hand, we took a nice little tour around the design school.
At the information desk we asked if there were any art bookstores in Oslo, and the man told us to check out a place called Torpedo. Torpedo is really worth it's own blog entry so I won't go into that here. It's just funny how one journey leads to another. 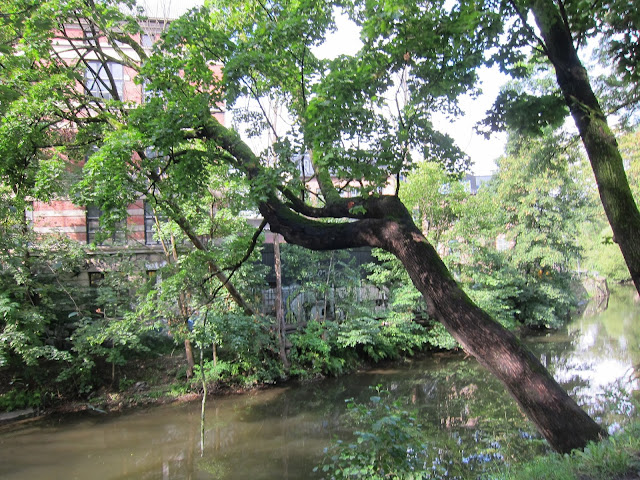 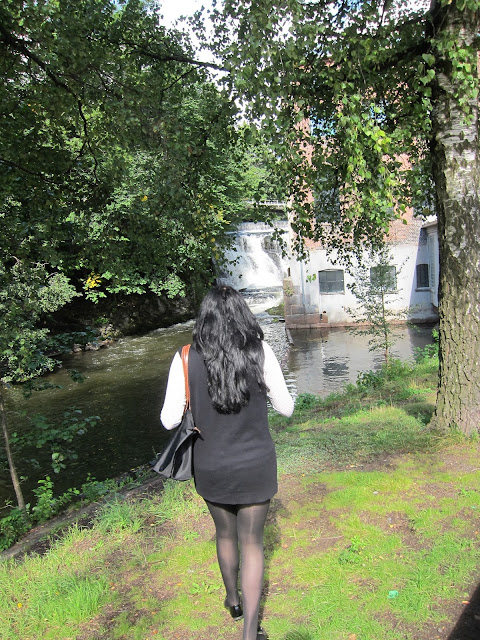 We ended our walk around the Grünerløkka, which is a fancy little neighborhood littered with vintage shops and restaurants. In one shop we met a Norwegian girl who grew up in Portland, Oregon. So in a way, the end of the river took us right back home. There the three of us, a Greek-American, her Chinese boyfriend, and a Norwegian salesgirl, stood around a pile of vintage purses and shoes discussing the things we love most about Portland. In a follow up to the little segment I did on an expensive (but totally worth it) afternoon tea at the Bulgari cafe in Ginza, my friend and companion in all things both fashionable and Japanese, suggested we offset our day with a cheap dinner at the Nylon Cafe in Harajuku.

Nylon magazine, for those of you who don't know, is an American fashion magazine, whose Japanese counterpart, Nylon Japan, is 1000 x cooler. No, it is not just the American magazine translated into Japanese. They have a totally different layout, and do their own original photoshoots and styling. I've had a subscription to  Nylon Japan for almost six years.

Now, it might seem kind of weird that a magazine has its own cafe, but let me reiterate that almost ALL reputable brands in Japan, whether they be clothing brands, jewelry, magazines, etc, have some sort of food establishment. This provides them yet another opportunity to build their  public image. Marketing genius. 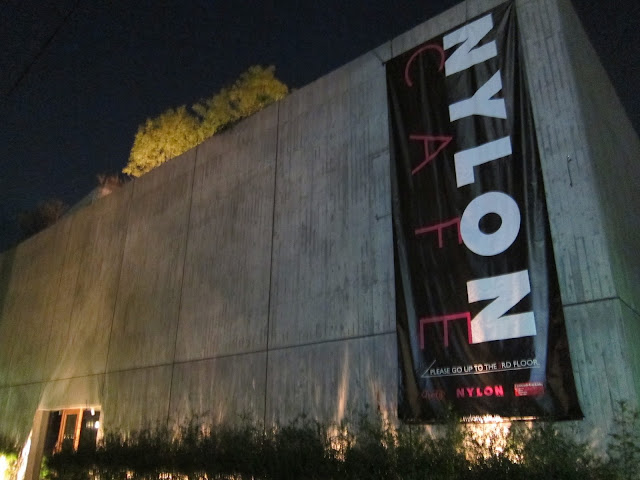 Now let's talk about the cafe. First of all, let me say this place was hard to find. Even though we had a map and a smart phone we damn near got lost. I thought I knew Harajuku, until we wondered behind the back ally of a car dealership and found this nondescript building. At least their sign was big enough.

See the door at the bottom left? That is not the entrance. The entrance is actually around the building, up an outdoor staircase, and around the patio on the rooftop terrace. Now try depicting that on a map. Yeah. 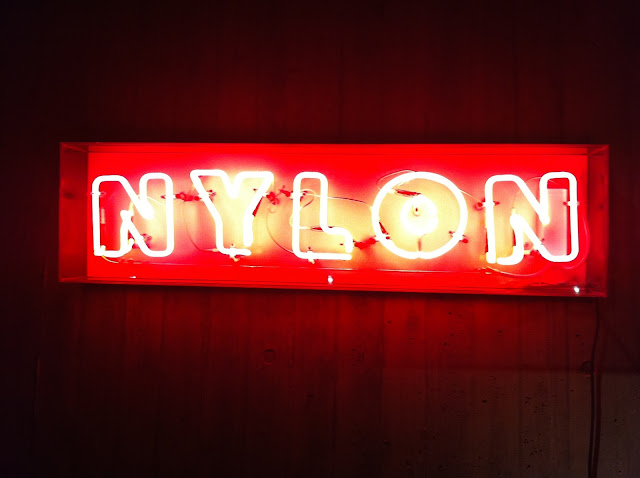 Well, I at least was happy to see that everything was filled with the Nylon Brand! We got to girl-out and take lots of pictures here. Overall, the food was just okay, nothing that Anthony Bourdain would rave about. The atmosphere was pretty cool, as was the fact that they serve campari, but the best part was all the Nylon magazines we got to read! Magazines from all over the world! 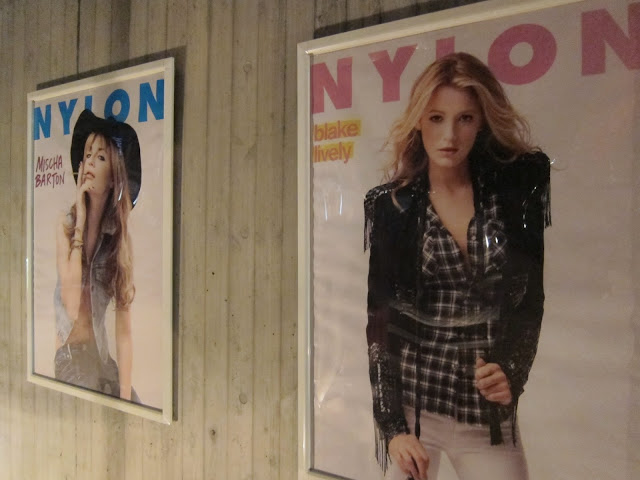 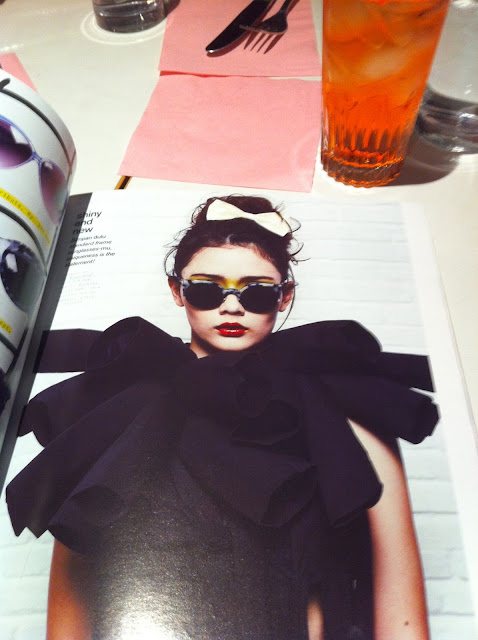 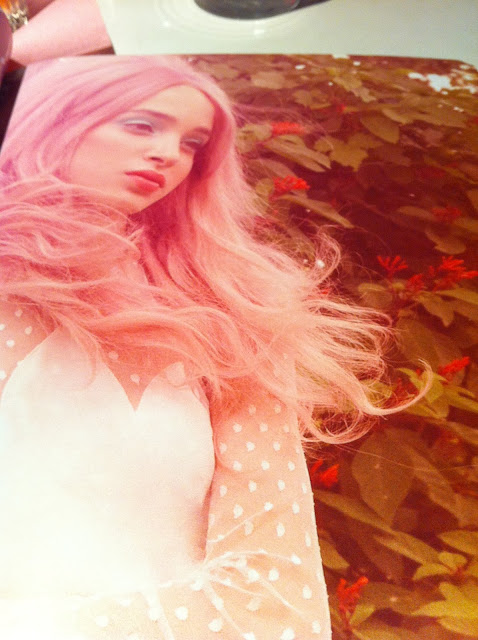 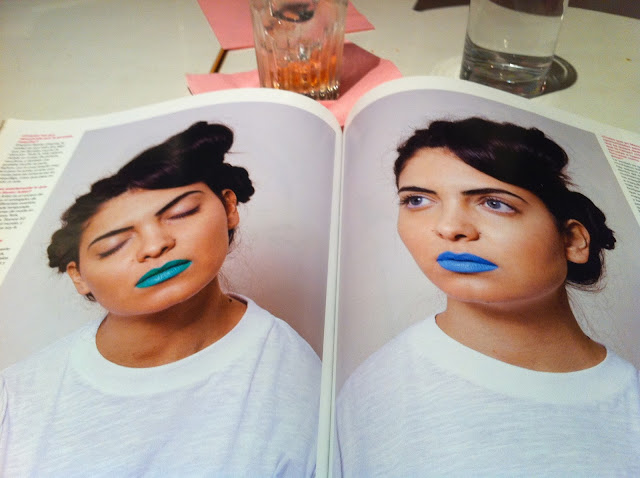 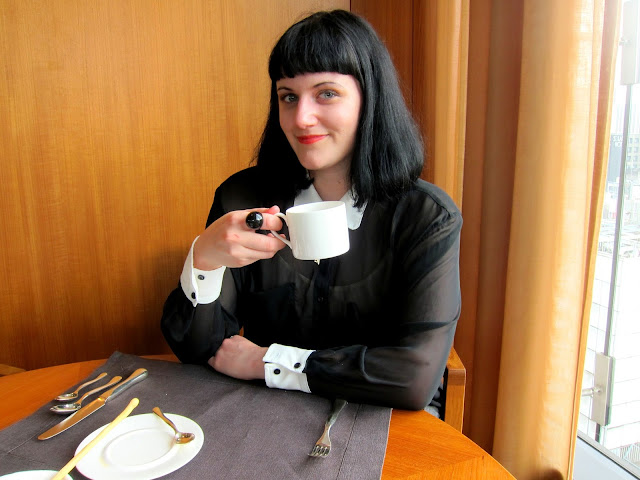 I try not to do too many touristy things in Tokyo. After all, it's been ten years since I was first a "tourist" in Japan. But Afternoon Tea at the Bulgari tower in Ginza is one things I was not ashamed to put on my list. I envision myself becoming one of those afternoon-tea snobs who jets around the world just to sample afternoon tea in all the famous spots. On second thought, I don't think having tea in Hong Kong and Dallas, Texas makes me some kind of authority on the subject...
Nevertheless afternoon tea has become one of my "things"  right up there with Aquariums and Cemeteries. What a good assortment of interests.
Well...back to Bulgari.
In Tokyo, it is quite common for famous brands to have cafes or other such venues that tout their label further in the face of the public. Hence, Bulgari, the famous jeweler, has a restaurant, cafe, and bar all in the same city. 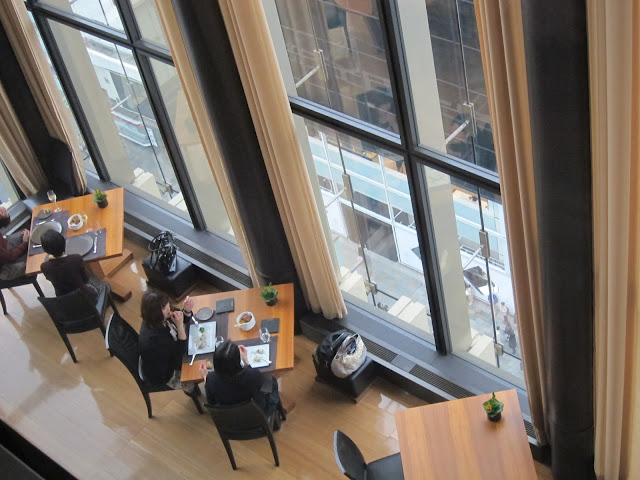 The cafe, where afternoon tea was served, happens to be in their multistory complex in Ginza. We had a spectacular view from our table, which overlooked the Omotesando and on this particular day, Ginza Fashion Week. 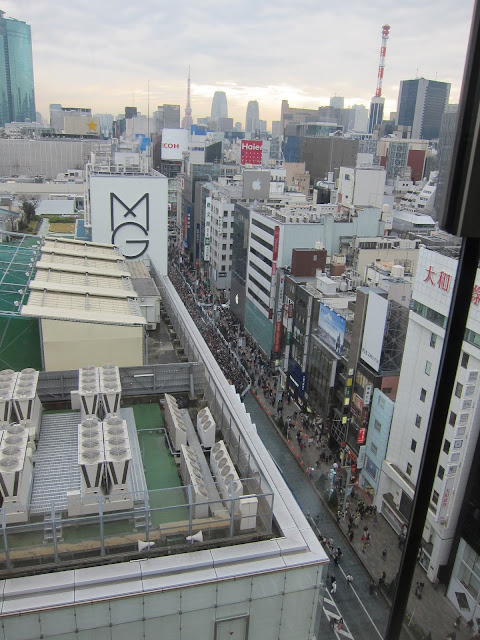 Now it was no accident that I ended up here. I chose this particular place for my one afternoon-tea experience in Tokyo after thorough research. The extent of my study starts and ends with another blog, Memoirs of Aleisha, written by a woman who seems to have sampled every afternoon tea in Tokyo. Thanks to her I narrowed down my options to only a handful, and finally picked Bulgari after seeing how unique and beautiful their tea displays were. 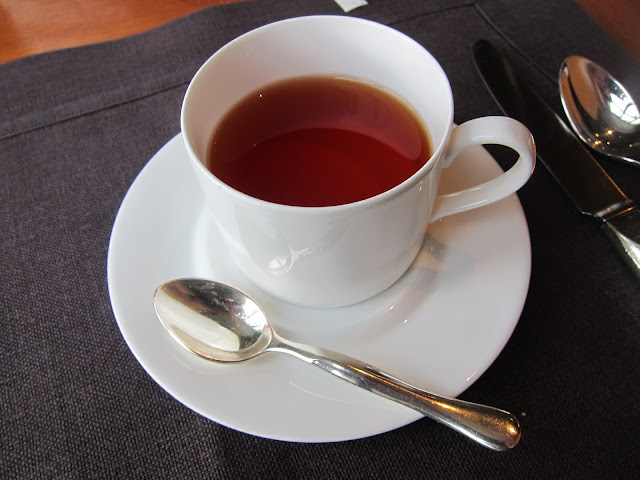 Unlike the traditional British style tea arrangement, our food was not served to us on a three-tier tray. Instead, it came in these stylish black boxes.

This was truly one of the best afternoon tea experiences I've had (well, of all three I've had thus far in my life), and I am so happy to have shared it with fellow designer and blogger Emma of 557. She came up to Tokyo from Osaka to spend the whole weekend with me, and this was the one place I told her I couldn't miss. After spending about 4,000 yen on lunch here, I told her she could choose the dinner place. Wait till you see what she chose! 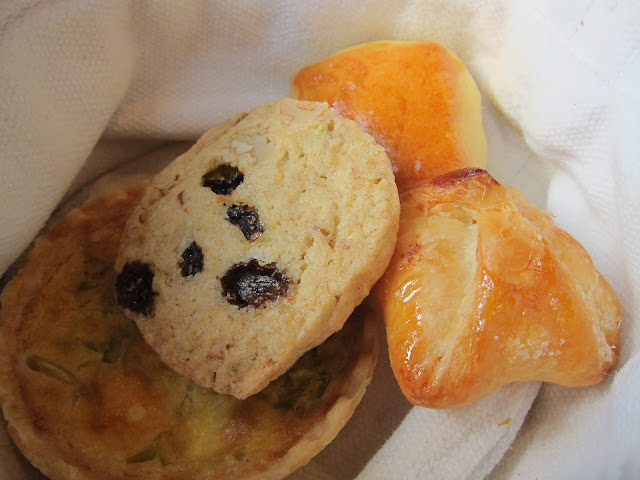 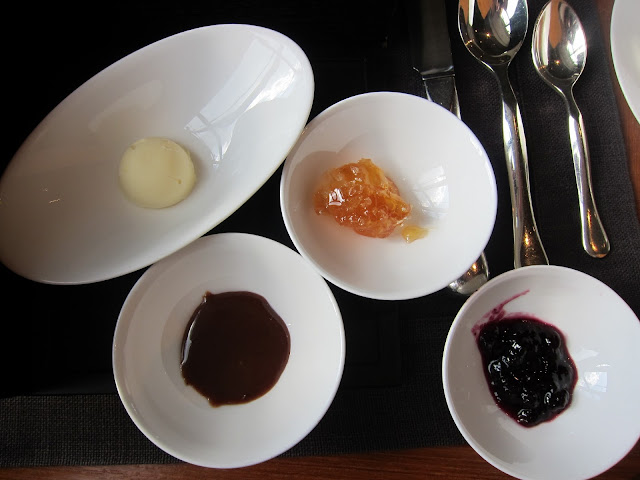 The scones come with cream, and choice of two spreads, though I sweet-talked the waiter into letting me pick three spreads: Hazelnut chocolate,  Honey from New Zealand, and Blueberry. 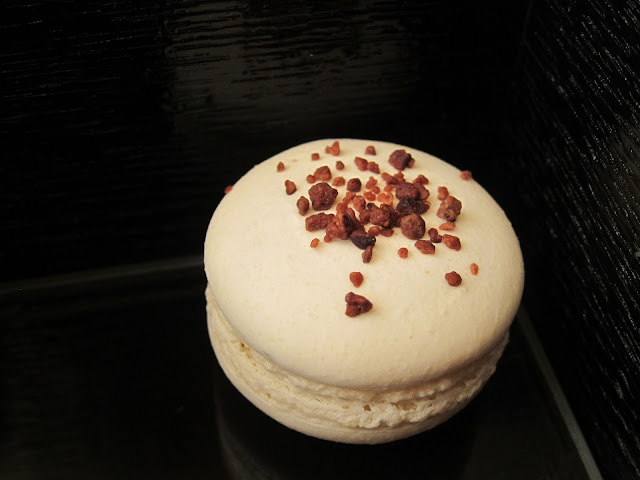 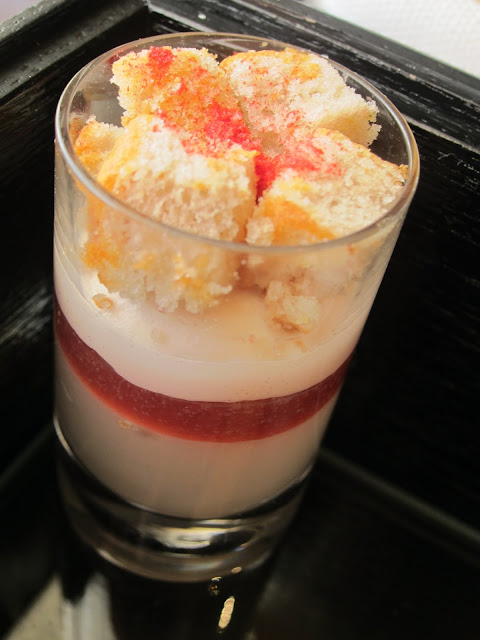 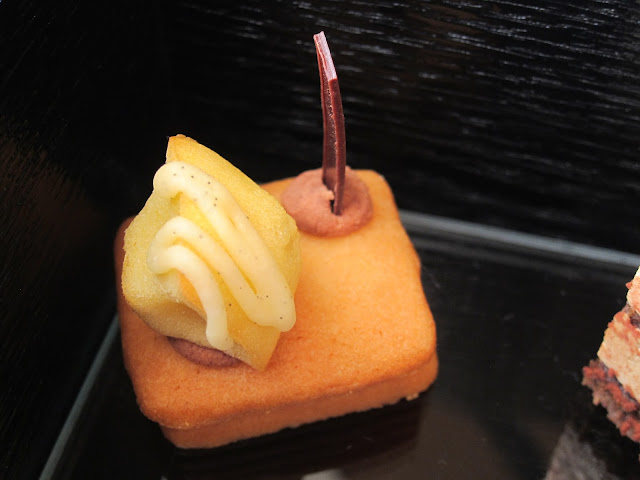 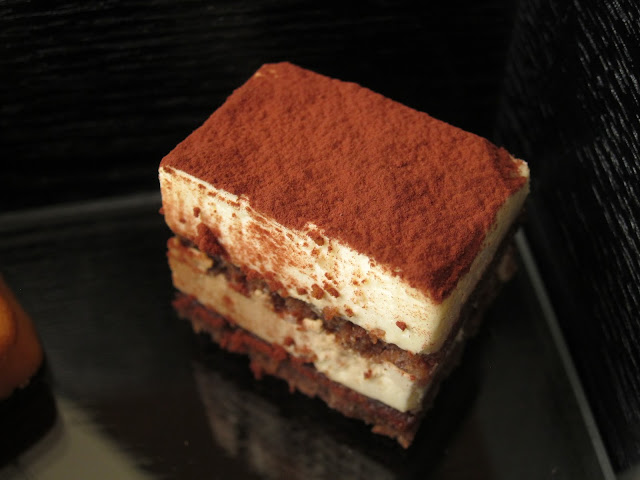 It's finally here! Everything I've been working on for the past 4 months or so...