I became obsessed with cafes while living in Japan, where they have entire magazines devoted to chic cafes in every city. Maybe I was just spoiled in Portland, but I never used to document cafes as meticulously as I do now.

It's not a logical need. I never really need to go to a cafe. I have coffee at work. I have wifi at home. But I love the cafe atmosphere. I love being around people without having to actually engage with them. And I love coffee and coffee culture. So when I moved back to Portland after almost two years in Asia, I decided to document my favorite cafes in Portland.

This is no small feat. There are hundreds cafes and coffee-serving establishments in the Portland metro area, and this little city may be the coffee capital of America. Certainly, when I travel around the US and find great cafes in Maine or LA, I can't help but think, "this reminds me of Portland." Portland sets the standard for cafes in the entire country. The bar is high, my friends.

Here are my favorites so far. I compiled this list based on a few factors: 1) lattes, 2) seating, 3) atmosphere 4) service. I may have to call this post "Part 1" because surely more and more great places are bound to appear.


The first place I fell in love with in Portland still holds the top rank in my heart. When I first met Sterling it was a small stand wedged between a flower shop and Trader Joes. And that is where I had the best caramel latte in the world. Even now that it has outgrown its humble beginnings and now has a small storefront, the staff and the lattes are still the best ever. 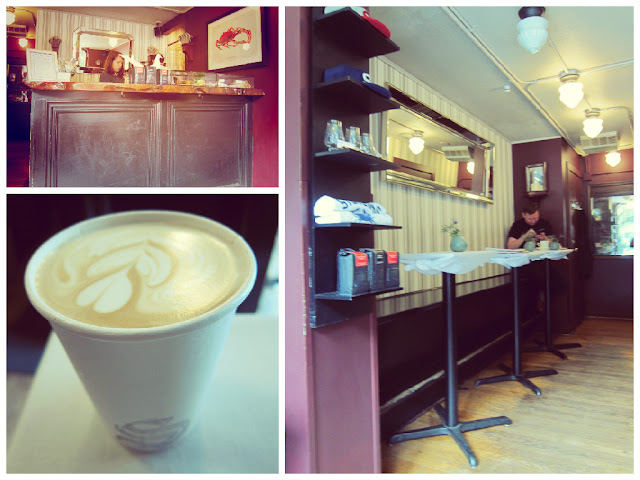 Good Coffee on Division Street is my Monday- and sometime Friday-default. True to its name, the coffee is good, but so are the friendly staff, and the comfortable ambiance. 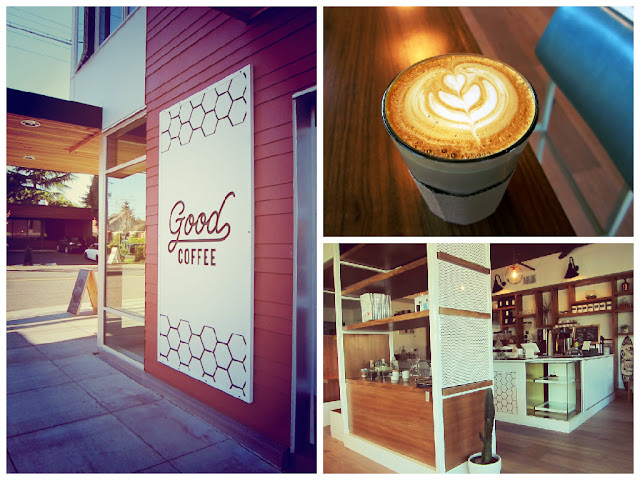 Coava's coffee is so good that their latte needs no sugar at all. I would probably rank this as the best roaster in Portland, though I don't go there as often as I would like to the limited seating at this location. 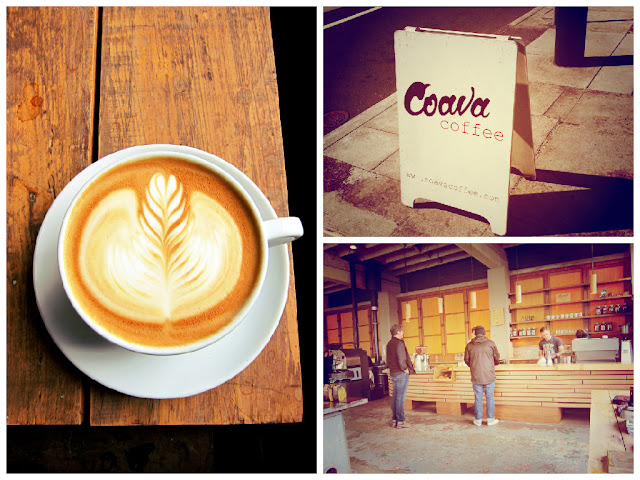 Heart definitely won't disappoint even the biggest coffee snob. The images here are taken from the location on SW 12th in downtown, though I most often go to their Eastside shop. The atmosphere is always very condusive to working. 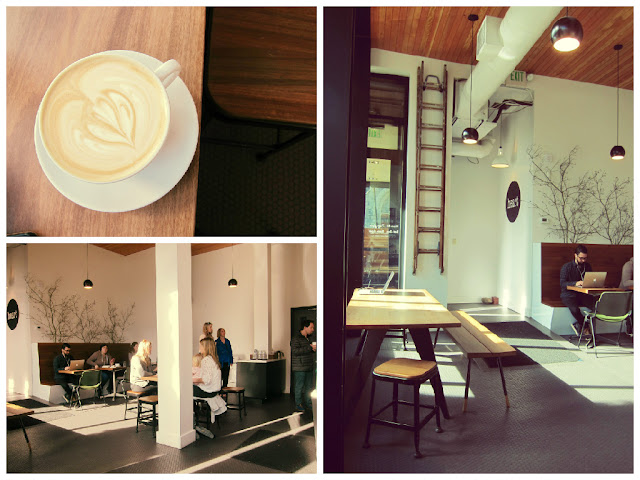 On a rare warm autumn day, I didn't need a full coat. 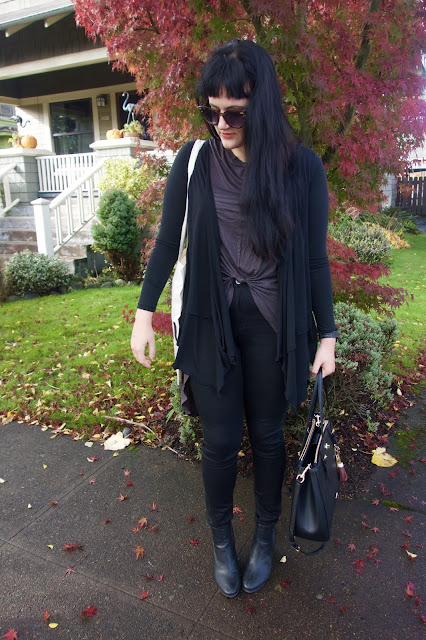 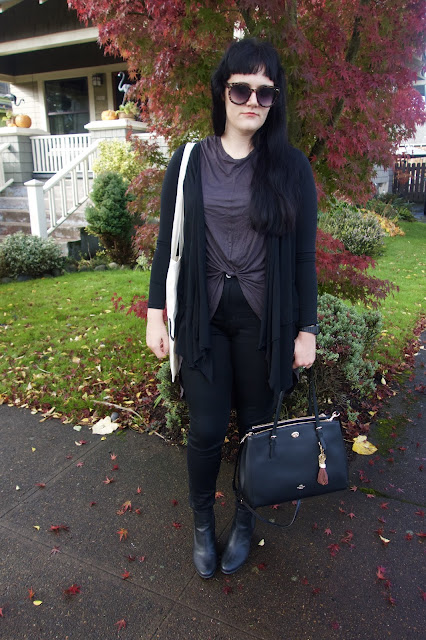 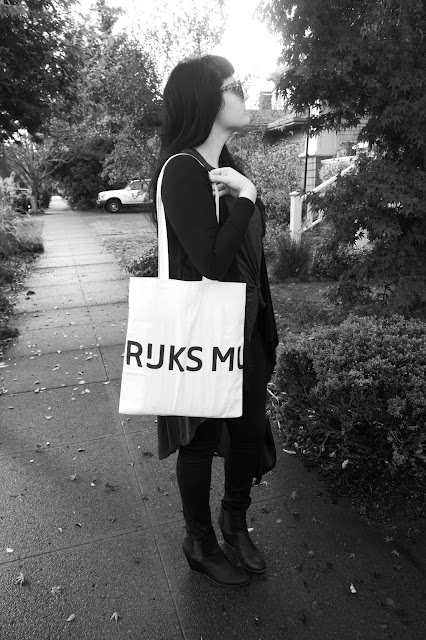 On Tuesday, November 8th I boarded a plane to Tulsa for a conference. It was election day, a tense time for America as our future president would be decided that evening. After years of campaigning and drama we would finally have closure. But on Tuesday night, I had no idea what the rest of that day and the days to follow would bring.

This excerpt from my diary was written in my hotel room that evening. It was just before the electoral votes were counted.

"Once the plane began descending into Tulsa I looked out the window and saw an ocean. Deep blue with frothy white waves. But we were in the middle of America, nowhere close to the sea. What I was looking at was a low-hanging layer of clouds. When we finally submerged ourselves in the clouds I could see nothing. We had entered into a snow glob. Finally a faint specs of light appeared in the distance, twinkling like fireflies in a displaced memory. The outlines of the city slowly came into view. Tulsa was drawing itself line by line until the lines became streets, houses, cars, buildings. Trees. It was twilight when we landed and the trees outside the airport shook at the weight of hundreds of black birds."

When the votes started appearing online, I turned my phone off and tried to sleep. After tossing and turning for a few hours, I turned my phone back on at midnight and learned the results of the election. I was stunned. Here was one of the most important moments in US history and I was alone in a hotel room in Tulsa, Oklahoma. No one could witness my tears. No one could talk to me. I opened Facebook and read post after post from terrified and depressed friends. I put out a cry for help. Some people answered. Their words didn't comfort me because no one was even capable of comforting themselves. I might have drifted to sleep around 4:00am. I left the curtain in my room open and when I awoke at 6:00am the sun was rising. A new day. The darkness of night always pressurized loneliness and depression, but usually the morning brings with it the literal and symbolic promise of a new beginning.

Tulsa at dawn is calm, quiet, unassuming. It should have been a soothing view. But the world felt different. I felt betrayed. At the conference everyone seemed normal, if not a little reserved. Finally I mentioned something casually to a friend at the conference. She hugged me.

"It's not going to be ok," she said. Finally, someone willing to tell the truth.

That night I drank enormously and ended up at a bar down the street from my hotel room, tired of being alone and "trying to eavesdrop hard enough so that I will feel like I am a part of something."

By Thursday evening I could not hold my emotions in any longer. I went to a restaurant alone in the evening and cried as soon as my salad arrived. Then I left and walked across the street to a cafe. When I arrived "I looked around and every seat and table was taken. There was one large round table with 5 chairs and I asked the guy there if I could sit with him. Just as I was hanging my coat and purse, a small bar counter in an enclave opened. If I moved there, I would be looking at the wall. It would be private and secluded, perhaps the most private and secluded place in the café, but I chose to sit where I was. I felt like being across from a stranger. I felt like sitting on an island table, between conversations and counters. Where I can look over both the staff and the customers. Where words fly past me without touching. I didn’t want to be in a lonely corner again. I want to be around people. They are the cure to my loneliness, these strangers."

When I was finally able to step out of my own head, I began to really listen to what the people around me were saying. Tulsa is a polarized city in very red (Republican) state. The black, Muslim, and Native American people at our conference were very verbal about their fear and mourning. Outside, the Tulsa veterans day parade was almost exclusively white. A celebration of America.

How do I make sense of all of this? How do I live in this works where such different truths exist.

On the final day of the conference our closing keynote speaker Jack Condon described his Wednesday at the Liberty bell in Philadelphia. Dismayed at the results of the election, he and his friends wanted to be in a symbolic place. And though the Liberty bell and its famous crack never held any fascination for him, at that particular moment he realized something about it:

"No one knows why the bell cracked, but what they can all agree on is that is was flawed when it was made."

Despite being depressed for days, when I woke up on Friday morning my thoughts were my own again. I started talking to people again, not just listening. My last meal in Tulsa was fired mozzarella sticks, the only vegetarian dish on a long menu of items, and a warm apple pie. I will probably never come back to this part of the country. But it hold 4 days of my fear and sadness and friendships and struggle.

There is something symbolic about being in the middle of the country at this polarizing time in history.
at November 21, 2016 No comments:

Most Glorious Sunset in SE Asia

As I've mention, I'm not much of a morning person, which prevents me from enjoying as many sunrises as I would like.
Sunset, however, are another matter.

I am always out and ready to catch a sunset, and SE has some of the best.
Many of these sunsets were unplanned. I didn't go to a particular vista and wait around all evening to catch the perfect shot of the sunset. Instead, I was just hanging out, doing my thing, and happened to notice the amazing color changes in the sky.

***UPDATED 2019 Some new ones to add to the list, and a return to old favorites…the baby edition. When I lived in Los Angeles... 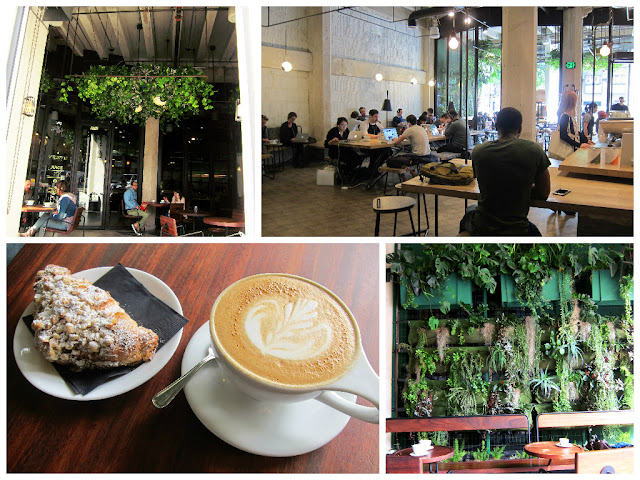