The second time is better: Why we came back to Chiang Mai 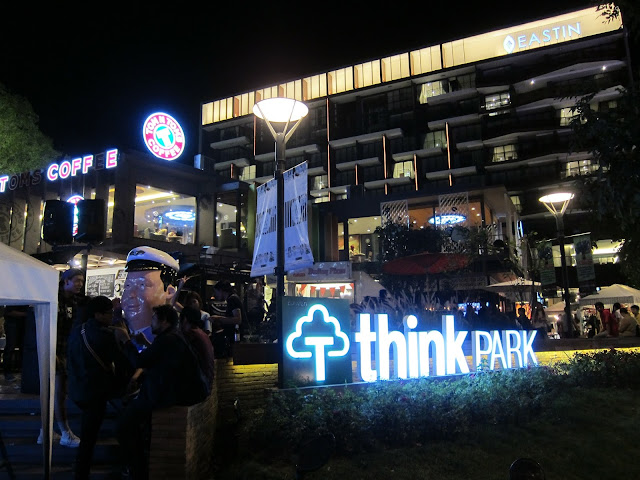 Here’s the scene. We’re crouched down on small wooden stools eating off a coffee table where we are having pad thai and beer at one of our favorite restaurants in Chiang Mai. Though it is nearly midnight, the place is packed. Every seat is taken and the young couples standing along the walls are eyes the seated customers jealously. It takes a long time for our food to arrive at this place. That’s why we are here. While we slowly nurse to beers we stay heavily occupied with serious conversation.

When my partner and I took off for 6 months in SE Asia, we only had 5 months planned. We assumed we would figure out the last month enroute. At the time of sitting on those wooden stools, we four months into our trip. The calendar just 30 days out was blank. To some people this would be exciting, but to obsessive planners like us, it was maddening.


At first we were going to go to India, but I had no time to plan that part of the trip before we left. Then once we were on we decided that we might want to return to our favorite place in SE Asia, or go somewhere different like New Zealand. But the cost of traveling to New Zealand would have been quadruple that of our entire trip to SE Asia, and we didn’t have any of the gear we needed to hike there. Then my partner had an epiphany:


“Let’s just come back to Thailand.”


By Thailand, he meant Chiang Mai. Not Bangkok. Not Phuket. Not island hopping or traveling around the country. Just coming back to Chiang Mai and staying put in one place for a long, long time.


Honestly, to me, it seemed boring as hell. I have a whole month to travel anywhere in the world. Why would I go back to a place I had already been? I wanted to go somewhere new. I wanted to have another adventure. But I also wanted a purpose. I also wanted to get shit done and work on my novel and blog. I also wanted to be in a place long enough to make friends. Long enough to bump into someone I know accidentally. Long enough to be recognized in a crowd.
So we came back to Chiang Mai. It was easy. We knew the ropes at that point and didn't have to plan a thing. We took rock-climbing classes and photography workshops. We spent hours writing in cafes and trying new restaurants. It wasn't long until we started running in to people we knew on the streets, before we started hearing our names called from a crowd.
at June 25, 2016