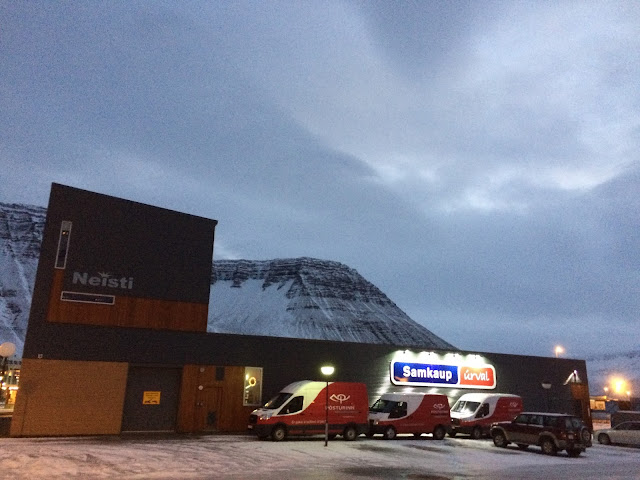 As part of my golden trifecta, I try to visit a library, cemetery, and grocery store in every country. Since it was my second trip to Iceland, I knew I had to hit this mark. Having already visited a cemetery the first time around, and getting to view my fantasy library in Isafjordur, I originally planned to check out Bonus – a discount grocery story with a wonderfully intoxicated (or stoned) pig as a mascot. That pig’s one-eyed smirk alone made me want to go to Bonus. 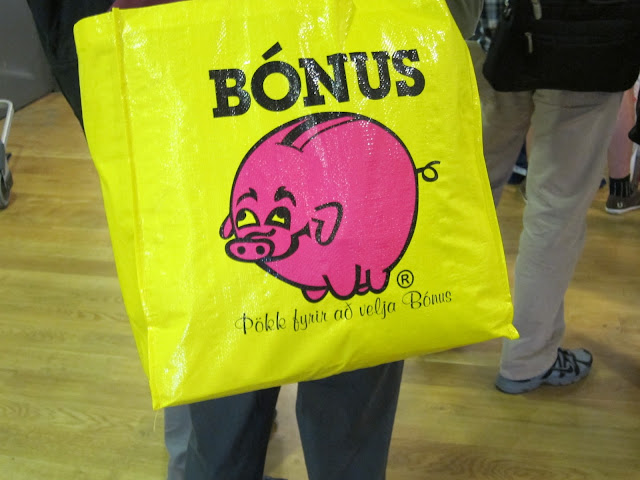 But, things don’t always go as you planned.

After our flight from Isafjordur to Reykjavik was cancelled, and we had already eaten at the two restaurants in town, we decided to swap out our grocery odyssey at Bonus for one in Isafjorfur called Samkaup. This ended up being a great choice because Samkaup had plenty to keep us entertained.