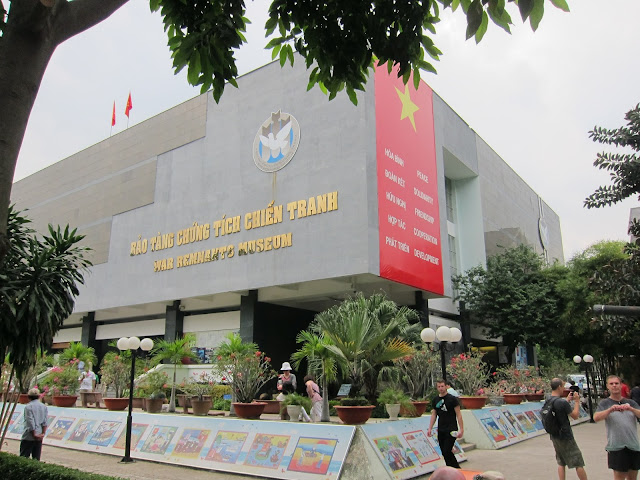 After a particularly moving and troublesome experience at the War Remnants Museum in Hanoi, I emotionally prepared myself for Saigon. Perhaps because I had already seen the Disneyficiation of war firsthand, or because I had read about these places in Saigon, I was prepared. I didn’t cry again. I didn’t freak out. Instead, I will calmly compare these attractions to that in Hanoi.

Saigon’s version of the War Remnants Museum is known as the Museum of American War Crimes. Unlike the War Remnants Museum, it showcases photos and evidence of atrocities such as Agent Orange and torturing that occurred at prison camps. It is also  new, clean, and well curated. There are signs in English, unlike Hanoi, which didn’t even have text for many of the photographs and items displayed. The most difficult part of the museum is the replica of the torture camp, complete with detailed descriptions of torture, photographs, and tools. Some of the cartoon or mannequins make it seem corny, like a haunted house, but just thinking about the things that were done to people there….


Just when I was feeling queasy, my favorite animal came to the rescue! Bats! There were hundreds of bats roosting on the ceiling of the fake-prison camp. It was the first time in my life I had seen bats so close up and not being behind glass. I didn’t realize how much they jiggled as they hung form the ceiling. I'm sure they creeped out other visitors, but I spent a good few minutes in the camp staring at the bats. My babies.

The day we went the museum was packed with other tourists. It was hard to move and nearly impossible to tae a picture without people in it. I noticed a man without arms moving through the crowd. He had a basket of books handing from a strap around his neck, which I assumed he was selling. I watched for a while as he approached tourists and talked to them, evidently trying to sell his books or ask for donations. I'm ashamed to admit this, but I purposely tried to avoid him. Mostly, I didn’t want to part with any money, but also I found Vietnam overwhelming at times and I just wanted to live inside my own head and absorb what I was learning. 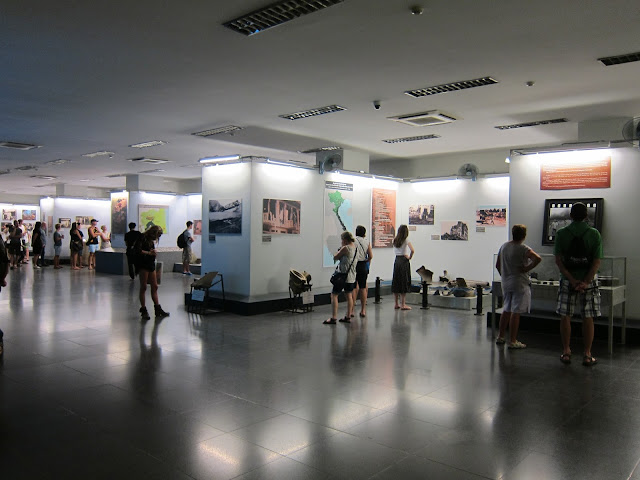 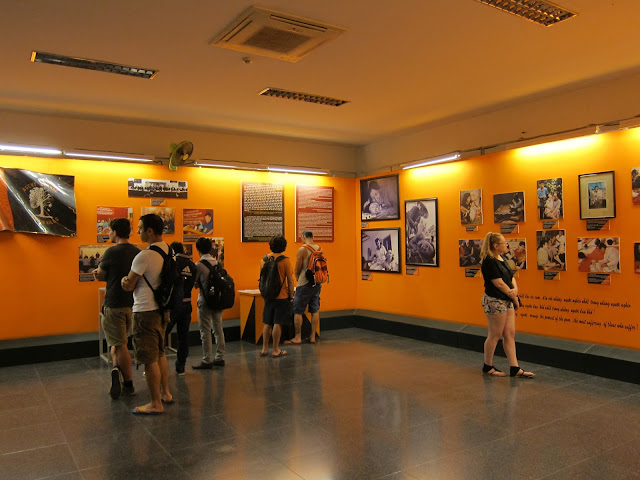 I was expecting the museum to be heavy with propaganda, but I didn’t find that. Possibly because it is such a popular tourist destination, and because it draws an international crowd, the aim of the museum was not to instill a hatred of America, but rather a support of Vietnamese independence, and a hatred of war in general. 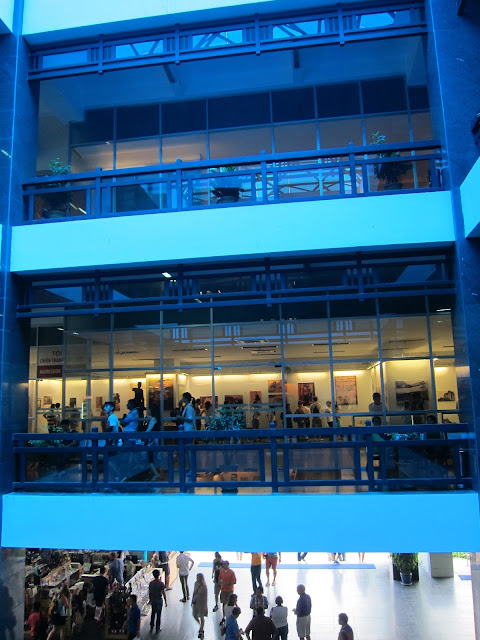 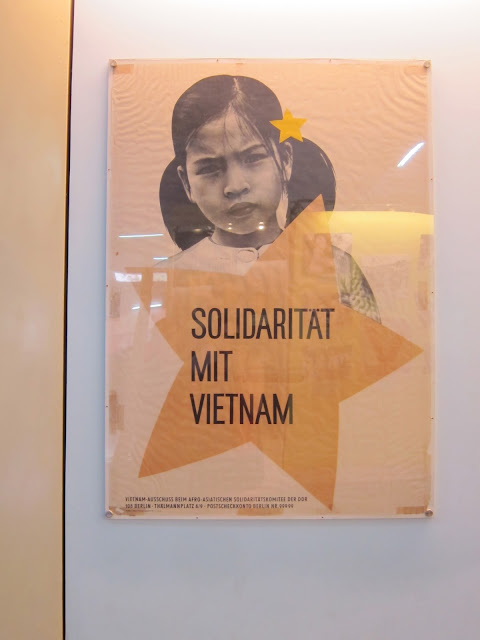