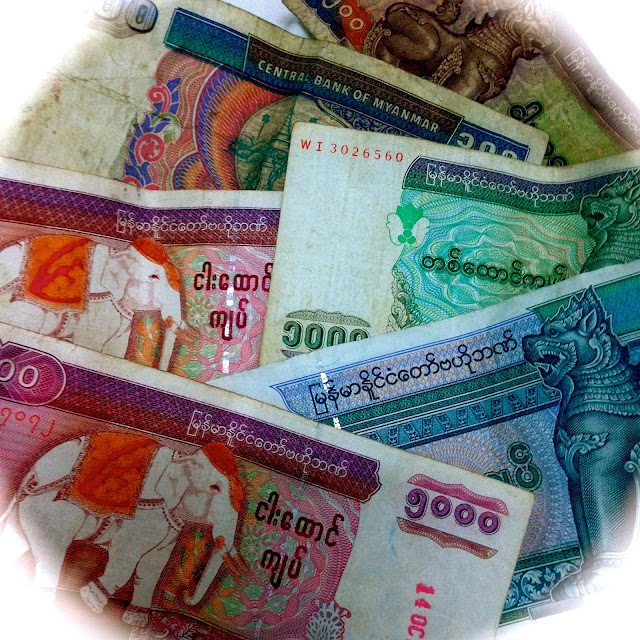 When I began planning, $10,000 was the magic number in my mind. That's everything: airfare to and from the U.S., lodging, inter-country transportation, and daily expenses.

This seems like a lot of money, but when you consider that I spent $4,000 in just two weeks in Scandinavia, it really is quite reasonable when stretched out over six months.

Now that I'm back and looking over the figures, I can say that I was right on target. One reason for such accuracy is that I pre-booked almost all major expenses (hotels, airbnbs, plane tickets, train tickets, cruises, etc) in advance. Secondly, I did a lot of research into the daily budgets for each country I visited. In some cases, I went well over the proposed budget of other travelers, and in other cases, I was under. It all balanced out in the end, so I thought I would share some of my biggest budget learnings on this trip.

*Note: all figures are in USD

Most expensive countries in order by daily-cost

1. Singapore
No surprise that Singapore was the most expensive. Many travelers skip this place or just stay for a night because of the high lodging costs.

o   lodging: the most expensive part of Singapore. Our shared room in a tiny airbnb apartment was $60/night.
o   daily expenses: around $30/per person per day (not including lodging). Food was comparable to other countries in SE Asia since we almost exclusively ate at the hawker centers, but coffee was more expensive than the U.S., with lattes for 2 costing $15!
o   what was most expensive: hotels, western food, coffees
o   what was least expensive: hawker food, commuting by MRT
o   how I splurged: cafes
o   how I saved: shared room at an airbnb apartment
o   surprises, unexpected things: it was honestly a relief to be able to use my credit card again!

2. Cambodia
People will be surprised by my runner-up most expensive country. They assume Cambodia is cheap. I almost assumed that before I went. But the influx of tourist has created an economy completely separate from the one other Cambodians participate in. In almost every restaurant I was handed a different menu from the one given to Cambodians. "Well that's the English menu," you say. And then I tell you I was paying $4 for tea and $10 for bowls of noodles, and you can be sure Cambodians, who earn an average of $3/day, are not paying those prices.

o   lodging: reasonable, because of the competition I was able to find some good airbnbs.
o   daily expenses: very high. around $27/per person per day (not including lodging), due to high cost of food.
o   what was most expensive: food, drinks, coffee
o   what was least expensive: nothing.
o   how I splurged: eating western food.
o   how I saved: I didn't

3. Malaysia
Malaysia doesn't have to be expensive, but I did a few very expensive things there. I stayed in the cities and ate like a westerner. I visited remotes caves and stayed in a resort hotel. I took taxis everywhere, but by the end of the trip, I was actually under-budget for Malaysia. How did I do it?

o   lodging: stayed in some nice airbnb apartment for very cheap.
o   daily expenses: around $25/per person per day
o   what was most expensive: going to Borneo, form Mulu to Kuching.
o   what was least expensive: hanging out in Penang, which was half the cost of Kuching, because I only ate Chinese food and walked everywhere.
o   how I splurged: Mulu resort
o   how I saved: food was pretty cheap and I did almost no tourist attractions museums, tours, etc).

4. Indonesia (Bali)
Another popular tourist destination is slowly becoming more and more expensive. If you are in Kuta or Ubud, don't expect to be dining with locals, it's all tourist joints and tourist prices here.

o   lodging
o   daily expenses: around $20/per person per day (not including lodging).
o   what was most expensive: meals, museums, and cafes
o   what was least expensive: lodging, there is a lot of competition and many affordable options.
o   how I splurged: museums
o   how I saved: a very cheap guest house in Ubud
o  surprises, unexpected things: Admission to art museums was outrageous compared to the cost of everything else.

5. Myanmar
SE Asia's newcomer to the tourism industry is surprisingly expensive. The issues is that right now, Myanmar has an influx of western expatriates, and so many restaurants and cafes are tailored to their needs (and their wallets), while all other businesses cater to locals. Many of the local joints were inaccessible to me due to language or sanitation, so I ate at exclusively expat places.

o   lodging: very expensive, our mid-range hotel with sometimes-wifi was almost $80/night.
o   daily expenses: around $20/per person per day (not including lodging).
o   what was most expensive: hotels and meals
o   what was least expensive: taxis and souvenirs are still reasonable
o   how I splurged: hotels and expat cafes
o   how I saved: I didn't.
o   surprises, unexpected things: the disparity between rich and poor.

6. Laos
Like Cambodia, the problem with Laos, and Luang Prabang in particular, is that they know tourists can pay $10 for a meal, so they charge $10. The mark-ups are steep, and it's only getting more expensive.

o   lodging: there are luxury accommodations, complete shit-holes, and nothing in between. I chose luxury and paid dearly for it.
o   daily expenses: around $18/per person per day (not including lodging).  Meals were more expensive than I imagined.
o   what was most expensive: meals, transportation.
o   what was least expensive: cafes, thankfully
o   how I splurged: accommodations, flying instead of taking the bus.
o   how I saved: I didn't.
o   surprises/unexpected things: we ended up flying form Luang Prabang to Vientiane

7. Vietnam
Vietnam is almost tied with Thailand as one of the cheapest countries in SE Asia. Nearly everything was one-third the price of Singapore and half the price of Cambodia. The only reason Vietnam scores higher than Thailand is because we splurged so much in Saigon, eating at fancy restaurants exclusively, (but made up for it by eating only street food in Hanoi).

o   lodging: extremely cheap, $20-30/night for really nice accommodations
o   daily expenses: around $17/per person per day (not including lodging)
o   what was most expensive: first class train tickets, western cafes
o   what was least expensive: food, all of it
o   how I splurged: western-style restaurants in Saigon
o   how I saved: street food in Hanoi
o   any surprises, unexpected things: the sheer cheapness of everything.


8. Thailand
Thailand wins the award for cheapest country in SE Asia. No wonder hundred of digital nomads set up camp in Chiang Mai and stay for months. American money can go a long way in Thailand, and it doesn't feel exploitative like it did in other countries. Thailand has a healthy middle class and it felt good to patron local businesses.

o   lodging: cheap, but there is a full range
o   daily expenses: around $15/per person per day (not including lodging)
o   what was most expensive: nothing
o   what was least expensive: everything, especially food and massages
o   how I splurged: massaged every other day
o   how I saved: I didn't even have to think about it

Overall, no matter where you are going or how much money you have to spend, my tips for budgeting would be to
1) Know yourself. What comforts are you willing to pay for? What can be omitted?
2) Do your research. Have some idea of what to reasonably expect.
3) and always add some cushion. You don't want to stress when unexpected things come up.