It’s been a long time since I visited my family in Greece and marveled at all the cultural differences in our lives. This episode is dedicated to interesting things I found in Greek houses.

My points of comparison are the U.S. and Japan. Maybe it’s a little strange that I never did a post on “Interesting things about Japanese houses” because boy, there sure are some differences between Japanese and American homes. But Japan feels like my normal, and so what if no one in Japan owns a dryer, and the floors are made from tatami, and every room has a closet deep enough to hide bodies? The other issue with comparing the U.S. and Japan is that I would have to compare typical middle-class American homes to traditional Japanese ones. There are many Japanese apartments that are made to resemble “Western homes” and the differences are more nuanced.

But back in Greece I found some really interesting things that are totally different from the houses I know in American and Japan. One thing to note is that these are not one-off incidents. These are commonalities I found in dozens of Greek homes, enough for me to recognize a pattern.

Water stored in glass bottles in fridge: Greeks like to drink cold water, I mean ice cold. But they never seem to have ice, so they fill glad bottles with tap water and store them in the fridge. 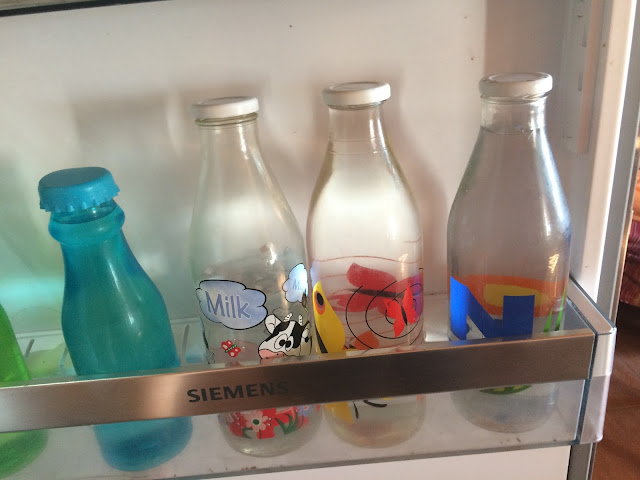 Super tall refrigerators: I have never met a refrigerator taller than my 5’8 frame…until now. 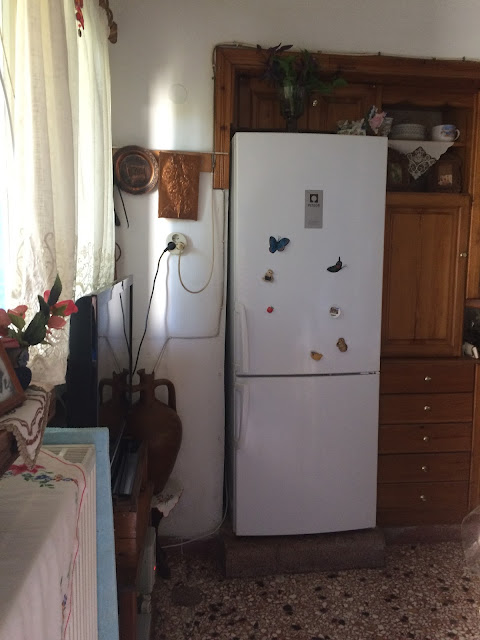 Plates stacked vertically: I usually see people stack their plates one on top of the other,
but in Greece they are kept vertically on a tray. 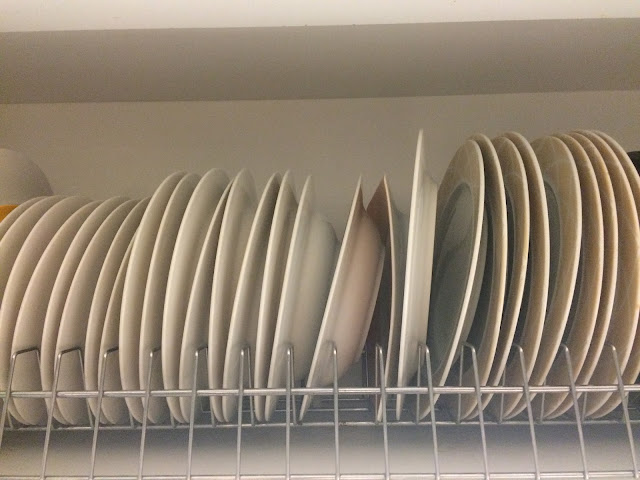 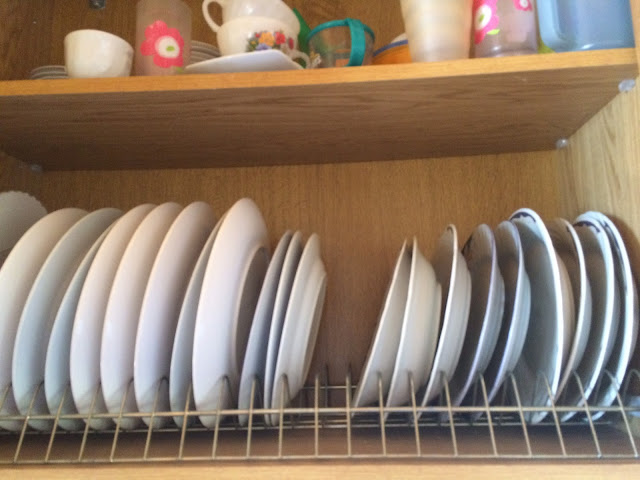 The light switch for bathroom is always outside the bathroom: I’ve seen this in other
countries too, but it’s annoying. I always get into the bathroom and lock the door
before realizing that the lightswitch is on the other side. 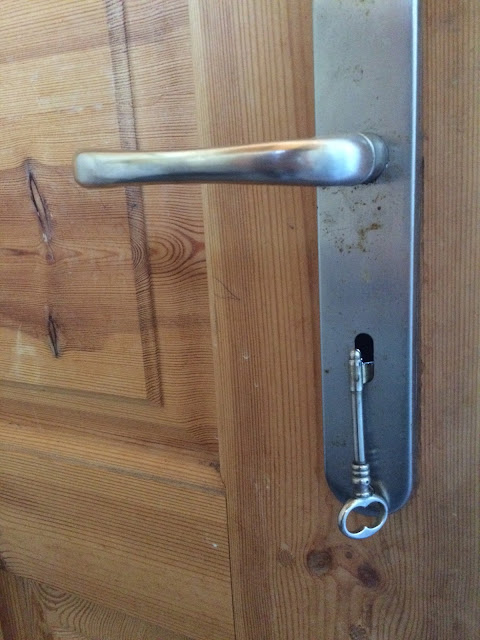 Huge paper towel rolls: these are at least the width of an adult waist. Hey, if you buy
in bulk, why not? 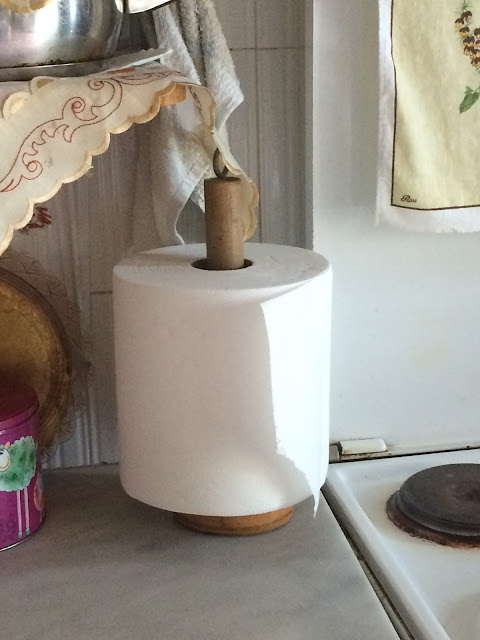 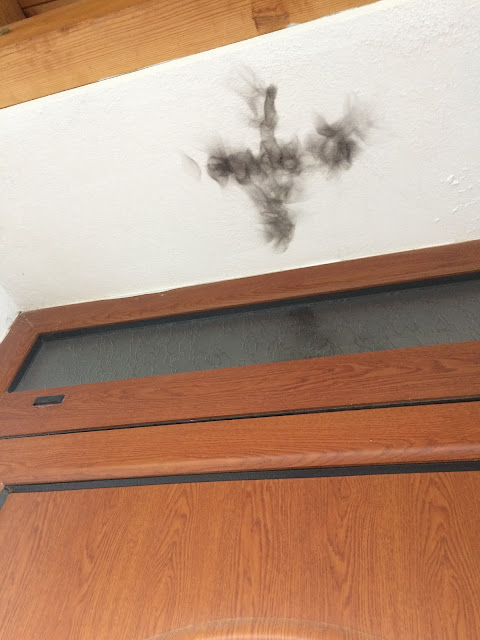 Nescafe and filtered coffee. I have a whole post on coffee in Greece, but when you
are at someone’s house and they offer you coffee you generally have two choices:
nescafe or “filtered coffee.” Nescafe is that instant stuff that Americans generally
hate but in the former Ottoman empire (my Lebanese coworker swears by nescafe) it’s
still all the rage. “Filtered coffee” is what Americans know as ground coffee poured
through a filter. 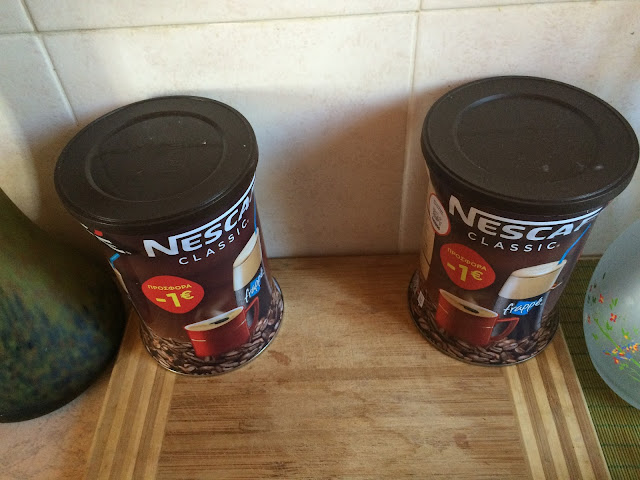 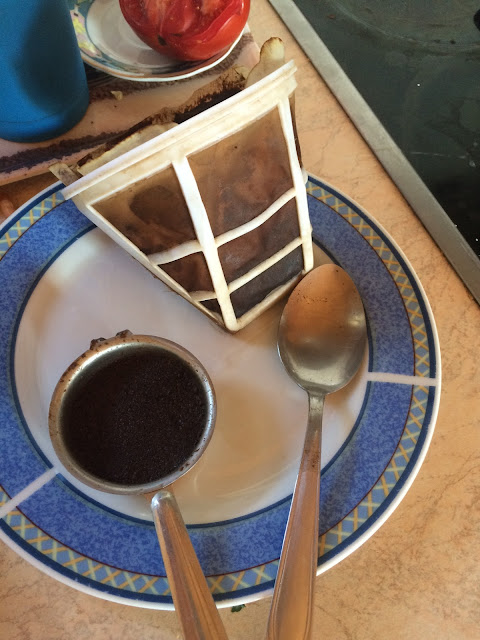 Verandas and outside seating. Nature is a very important facet of Greek life, and
nearly ever home has some outdoor space: a front yard, back yard, patio, porch,
veranda, or balcony. Even in Athens, where space is limited, there are “lightwells”
an opening in the roof – that allow natural light into the space. 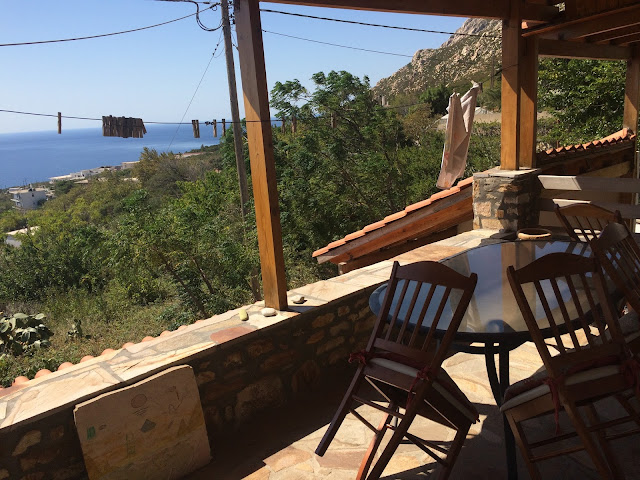