The journey to Seoul from rural Japan


Going back through old albums I realized I never wrote that much about my trip in Seoul in March of 2014. I was living in rural Japan, busy working during the week, and at that time in March, I was preparing for two overseas guests to visit me for a moth. I probably didn’t have time to reflect on all the interesting things I experienced in Seoul. I was probably consumed with preparation for my guests, planning more trips, and just trying to get through the day. My three-day adventure in Seoul with one of my best friends was a wonderful experience, and deserves a place on this blog.

So I will begin again, as all things begin, with a journey.
I am surprised after taking this long trip from my provincial village to a major airport so many times that I never bothered to record how long and cumbersome it was. That is truly a feet in and of itself. Here is the breakdown:

1.    40minutes: Drive my car from my small village (Kawamoto) to a bus stop in a nearby but slightly larger town (Oasa). The drive is on a one-lane road with no street lamps. In the dark, it's a little lonely and scary. There are often monkeys, boar, or other animals that come out onto the road so you must be very alert and careful. 9 out of 10 times I would be the only car on the road for the entire journey. I remember this feeling like the lonliest part of the trip.

2.    1 hour and 20 minutes: Board the Iwami Express from Oasa station to Hiroshima Station. This bus come every hour and takes people from Oasa (on the outskirts of Hiroshima prefecture) to the main Hiroshima Station. It is quite popular and usually fills up by the time we get to the station. I always rode this bus because the only bus that comes directly to Kawamoto leaves only once a day, and doesn’t line up well with things like flight schedules.
3.    1 hour 30 minutes: As soon as I arrive at Hiroshima Station I jump on the Shinkansen (bullet train) to Shin-Osaka station. If I am traveling during peak season I will have tried to purchase my shinkansen ticket a week or so in advance. Otherwise, I just buy it at the station for the next departing train. They leave from the upper platform, so then I ascend the escalator, find my reserved seat on the train, and relax for an hour and a half.
4.    50 minutes take local train (Limited Express Haruka) from Shin-Osaka Station to Kansai Airport Station. Once I arrive in the bustling Shin-Osaka station, which feels worlds away from my tiny quiet village, I maneuver through the crowds to transfer to a local train which will take my directly to Kansai airport. I can usually get a seat on the train, and the journey lasts for almost an hour. 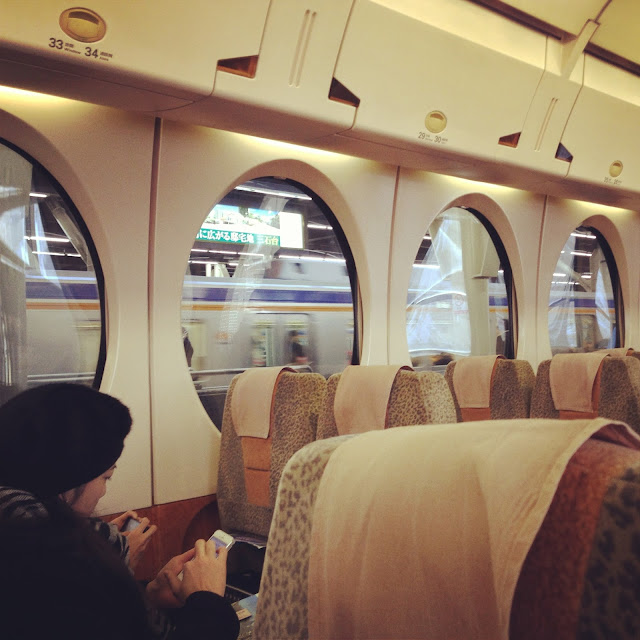 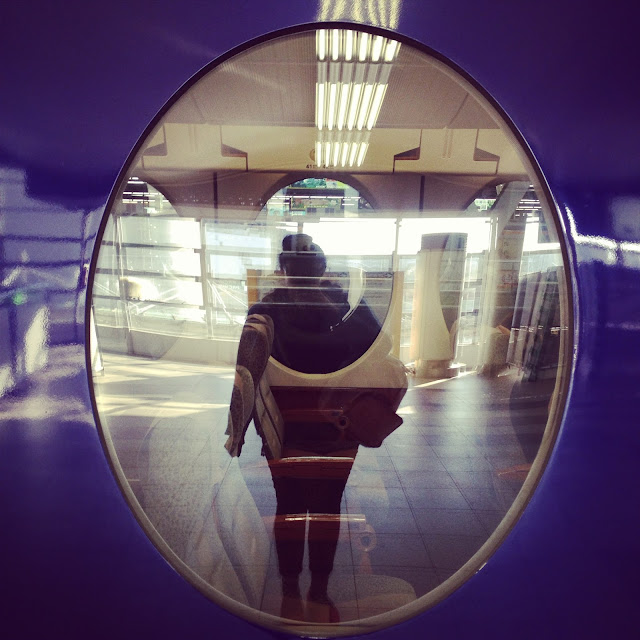 5.    2 hours: Board a plane from Kansai Airport to Incheon Airport. The business at the airport is usual – I arrive about two hours early, get my tickets, and go through security. Japanese airports are pretty efficient and predictable. For this particular trip to Seoul, I met my friend at the airport station and we got out tickets together. Though I had been traveling all day, it felt like my trip began at that moment. 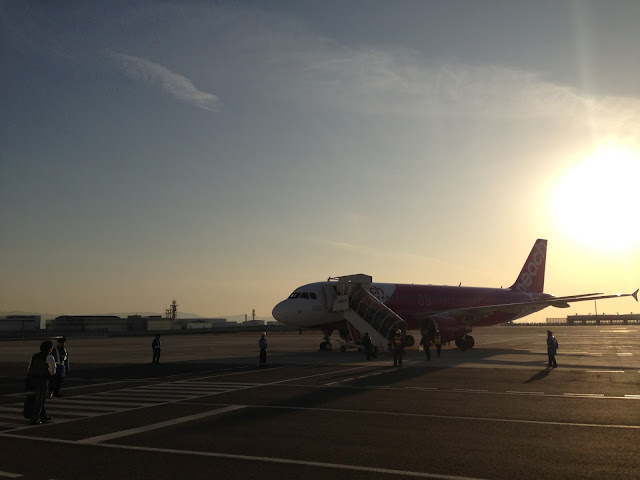 6.    1 hour: Ride the Express train from the Airport to Seoul Station. Once we landed in Seoul, we were relieved to find that their train system is just as robust and efficient as Osaka’s or Tokyo’s. It was very easy to catch a train from the airport to the main station, but it did take almost an hour.

Total travel time: 7.3 hours, not including waiting at the airport, or the waiting for buses or trains in transit. In other words: all damn day.
at October 27, 2017