This past year I was honored with the opportunity to visit the notorious dumpling restaurant Din Tai Fung in both Taiwan and the United States.

Din Tai Fung is actually the first restaurant I went to in Taipei. I heard awful stories of the 1-2 hour long waits and crowds, but my savvy friend called ahead and made reservations at 11:00 for lunch. When we arrived, we were practically the only ones there! Granted, this was not the original Din Tai Fung, where supposedly you cannot make reservations. This was the branch at the Taipei 101, which was very uncrowded on a Friday morning.

On the opposite side of the world, Din Tai Fung in Seattle was a mess. Din Tai Fung in Seattle is actually located in a mall in Bellevue, which had a line out the door by the time we arrived at noon on a Friday. Most of the customers were employees of Microsoft on their lunch breaks. Not a fun crowd, let me say.
Fortunately, the staff told people their wait would be 45 minutes, but they started calling names after 20 minutes. Most of the people in front of us on the list were walking around the mall, so because we were standing there we got in fast! 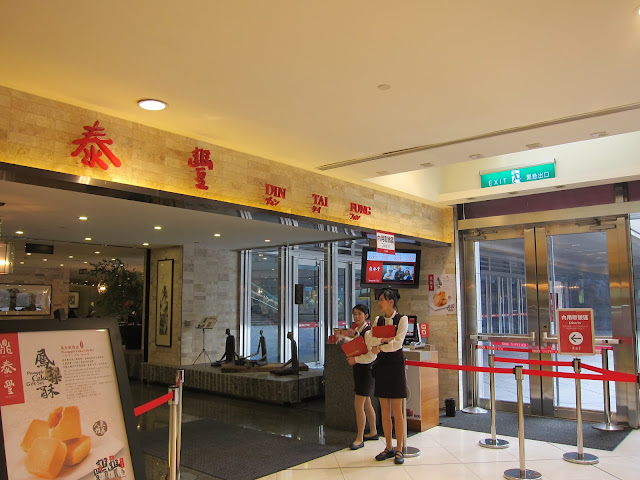 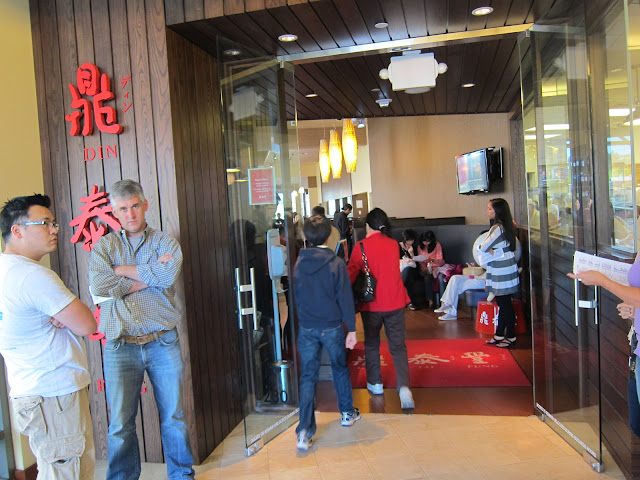 Din Tai Fung in Seattle. Check out those happy fellows on the left.

Both Din Tai Fungs were very similar in looks and in quality. The chain has really maintained consistency and image. I was expecting that they would offer radically different foods, or that the Seattle branch would not be as good as the  Taipei branch, but you know.....
they were just about the same. 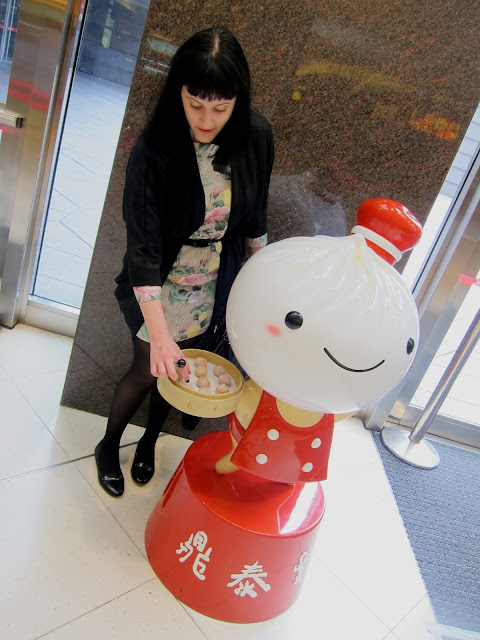 With their mascot in Taipei 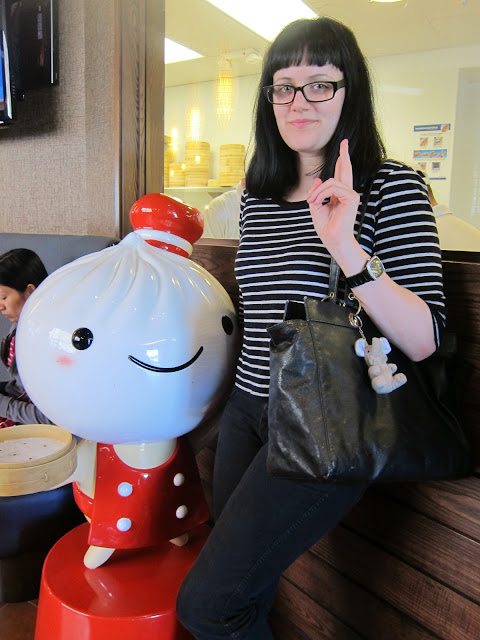 In Taiwan there were large glass windows where you could see the dumplings being made with scientific precision. Because the restaurant was not crowded, I got to photograph from my seat. 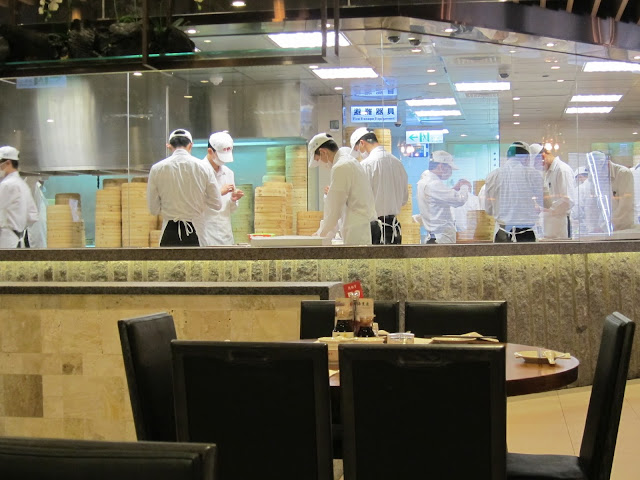 View from the restaurant in Taipei


Seattle, on the other hand, was ridiculously crowded. I felt embarrassed walking around the restaurant photographing people. I did manage to snap one quick discreet photo. 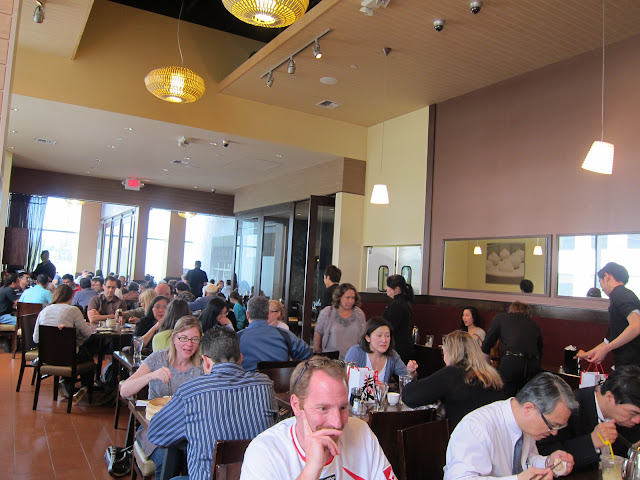 View from the restaurant in Seattle

The food at both restaurants was really top notch. I seem to remember that Taipei had a different variety of foods, but all the staples were there.
One of my favorite menu items is the pot stickers, which are so crispy that they serve them to you face down, with their oily burnt  crispness on top. 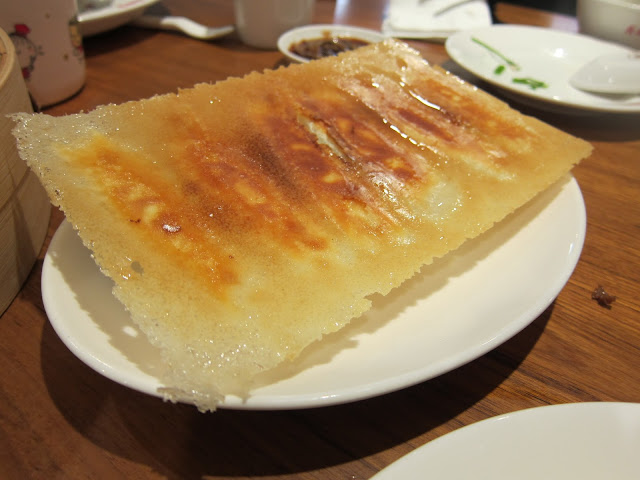 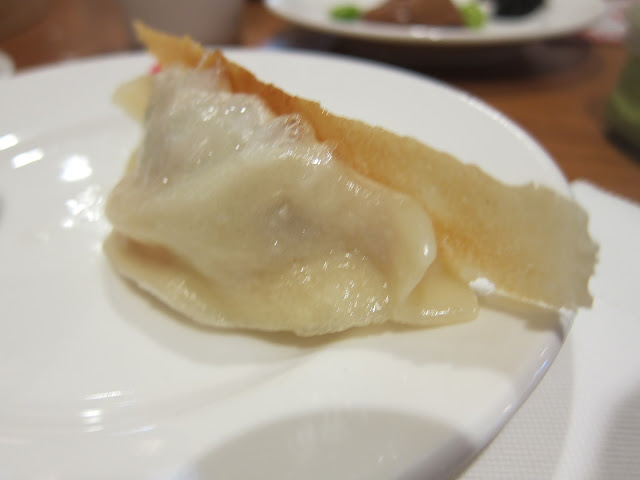 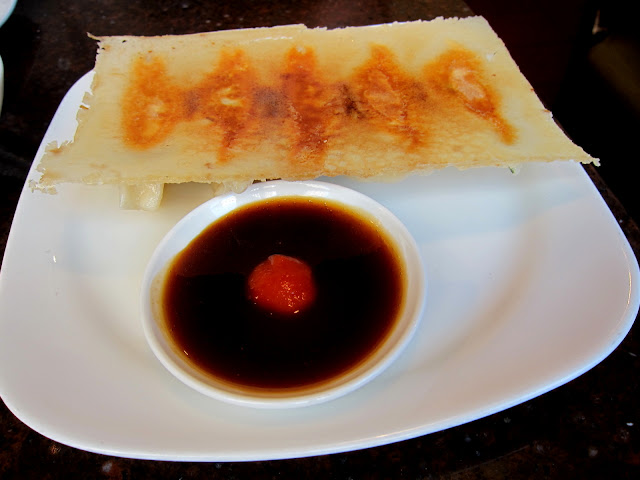 Of course, it would not be Din Tai Fung if it didn't have dumplings. In both places I found the dumpling taste and quality to be superb. 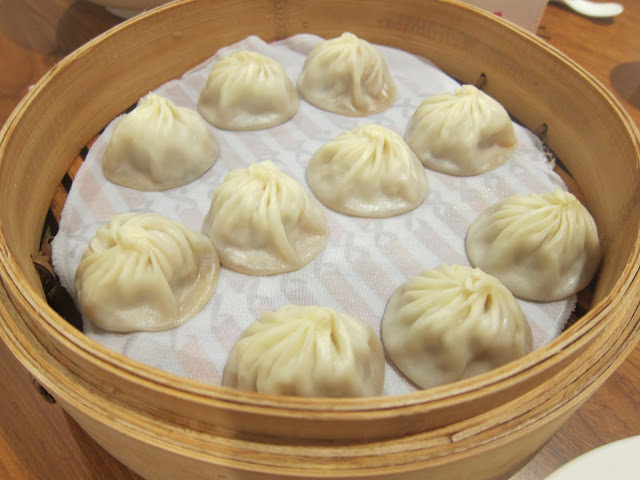 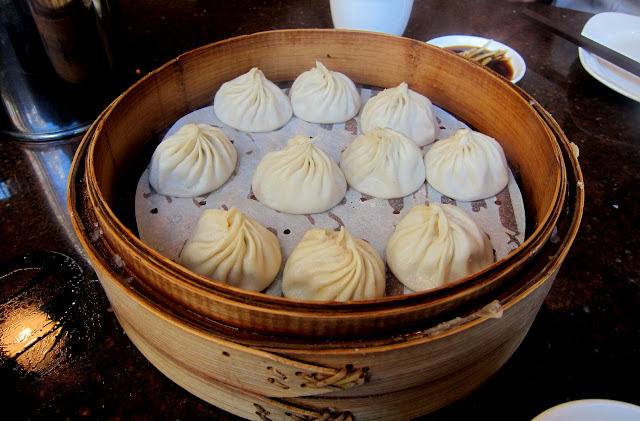 The way to eat the dumplings is to put in on a spoon, then take a small bite, and the dumpling will release its juice. Then you eat the rest of the dumpling in the spoon full of its juice. If you want to add vinegar, soy sauce, ginger, and chili (like I do), that increases the flavor.

This is a picture of the shrimp Shumai which we also had in Seattle. Now, I hate shrimp and I still managed to eat half of these because they were so good. 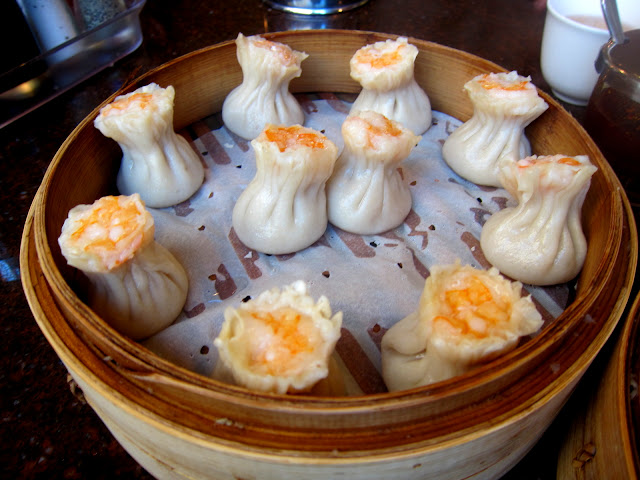 I thought Din Tai Fung would be all about dumplings, but actually the menu is quite diverse, and everything is delicious. Taiwan has a high standard when it comes to food. No wonder this place is so popular.

Here are some other amazing foods I had at the Din Tai Fung in Taipei: 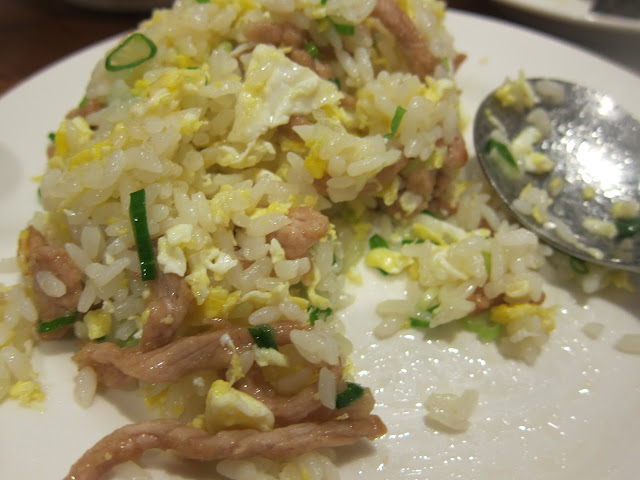 The best damn pork fried rice I've ever had 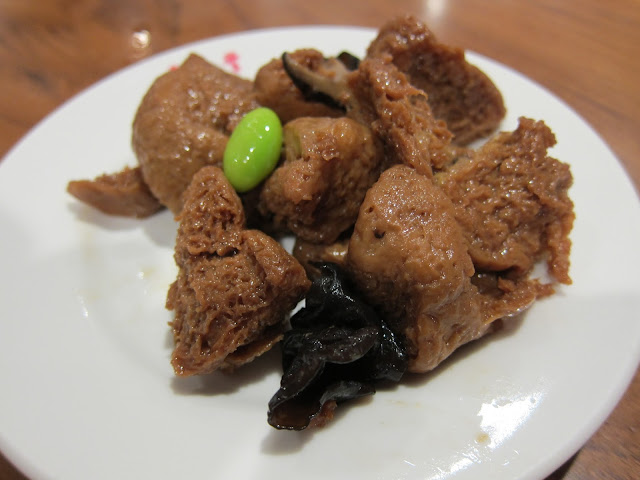