Memoirs of a Morrocan-Zanzibari Wedding

In Dubai, it's all about who you know.

Your connections can mean massive hook ups -  I mean - of course, in a professional sense.

Friends are your key to jobs, apartments, visas, and all sort of opportunities.
Sometimes, even weddings. Morrocan-Zanzibari Weddings.

Let me paint a scene for you.

It's around 4:00 pm in Dubai International Airport, Terminal 1, which looks and feels, by the way, like a Las Vegas casino. If you've never been to Vegas, imagine marble floors, multi-story ceilings pillars, and fake indoor palm trees.

I just step off a plane from Pakistan, where I've been for the last two weeks, and I'm in Dubai for one day before taking the 15-hour flight back to the states. I'm expecting my friend to pick me up and take me to her home, where I plan to have a nice hot shower, un-pack and repack, then promptly fall asleep.

Instead, I'm greeted by my host in a pair of 5-inch heals, and she says, "Welcome back, do you wanna go to a wedding?"

So a coworker's friend's friend's daughter was getting married, and hosting an immaculate party at one of the upscale hotels in Dubai. If course, this being Dubai, we were not the only foreigners there. Neither the couple nor the guests were from the region. The bride was from Zanzibar, and the groom was from Morocco. Both, I heard, were now living in London.


This particular wedding function was an all-female post-wedding reception,  lasting from 2:00 pm until 10:00 pm. Apparently the wedding ceremony itself had taken place that previous night, and on the following day the are single-sex segregated events to celebrate.
When we arrived at 5:30 the bride and groom had not even shown up yet. Instead, guests feasted on the buffet and danced for another two hours.

I liked being at a party of all women. After enduring cat calls and suggestive glances from practically every man on the street in Dubai, it was very relaxing to being in an all-women environment.
It was also nice because, instead of being surrounded by women in black abayas, I actually got to see what they were wearing underneath! When women entered the party, the would be covered in black head to toe, but once inside the ballroom they would remove their abayas and head scarves and drape them over the chairs. Underneath they wore the most beautiful and exquisite gowns I have ever seen. Some of their gowns were also extremely sexy and revealing. I'm talking skin-tight, full cleavage exposed, mesh-fabric-with-pasties-kind of revealing.
Too bad I didn't get a picture of that...

When the bride and groom arrived they entered the room followed by a procession, like a king and queen. They were then both seated on a stage and watched a belly-dancing show. Later on gifts were presented to them, and the guests continued to dance. Finally, for only a few minutes, the bride stepped down off the stage and danced with her friends in the crowd.

Honestly, it did not look very fun to be a bride  at this ceremony, sitting on that stage in silence. She did not have a chance to eat the food, and she could not walk around and mingle like I could with the crowd. It seemed way more fun to be a guest. 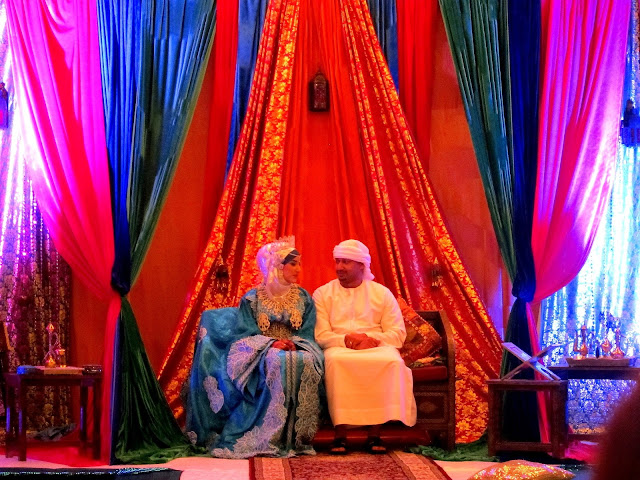 I absolutely loved the bride's dress and hijab. She looked like an exquisite queen. I didn't know that head coverings could be so elaborate until I saw her. True to hijab, she had her hair covered, and was wearing a loose-fitting robe which showed no skin. And she looked amazing. 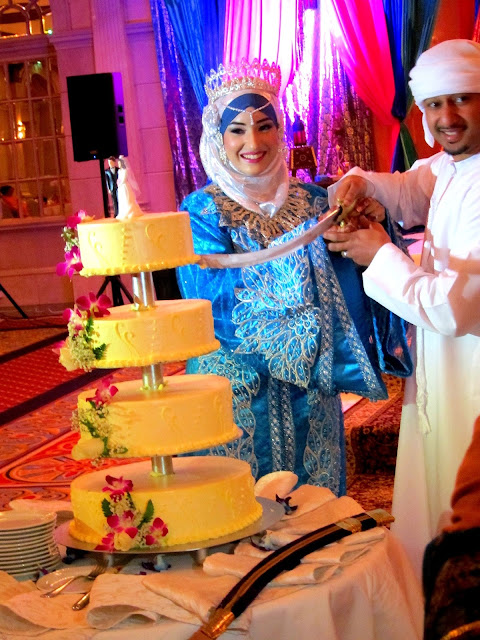 Just before the couple left, they brought out a huge cake, and proceeded to cut the cake with a long sword. This looked very cumbersome, but it must have been a tradition. I had been eyeing the cake for a while, and was eager to sink my teeth into it. 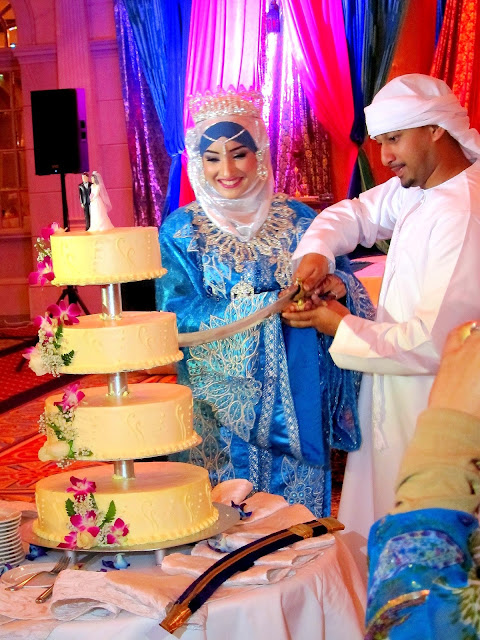 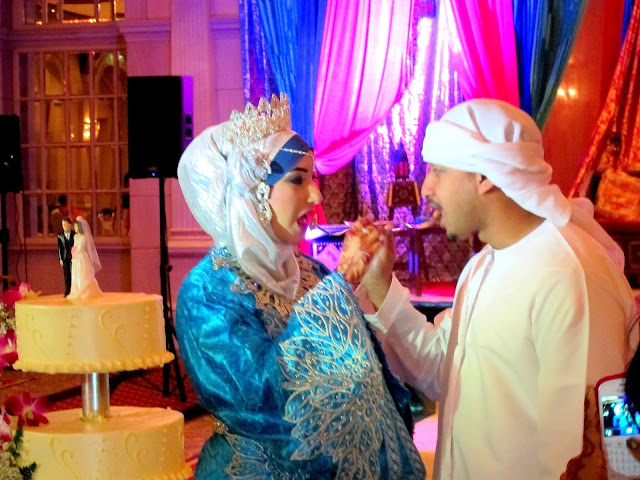 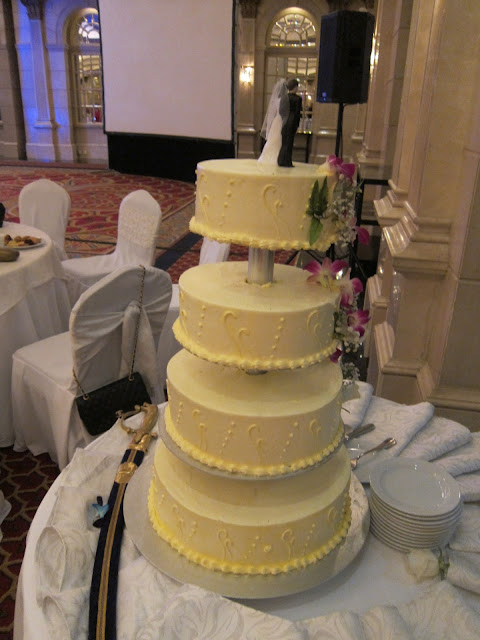 To my great dismay however, the cake was so rich that it tasted like a stick of butter, rather than a cake. It was also very dry.


This wedding, like all events in Dubai, was an amalgamation of culture.
A bride from Zanzibar in a Moroccan dress, with a Moroccan groom, flies from her home in London to her wedding site in Dubai with her mother's Zanzibari friends. A Nigerien-Brazillian American who is a friend-of-a-friend shows up to the reception, and brings along her Greek-American friend who just stepped off a plane from Pakistan. The two friends dance until 9:00 pm, eat cake, then catch a ride home from a female police officer who drives them through the sandstorm to their apartment.

Dubai, I will miss you, not in spite of your randomness, your craziness, your spontaneity...
but because of it.