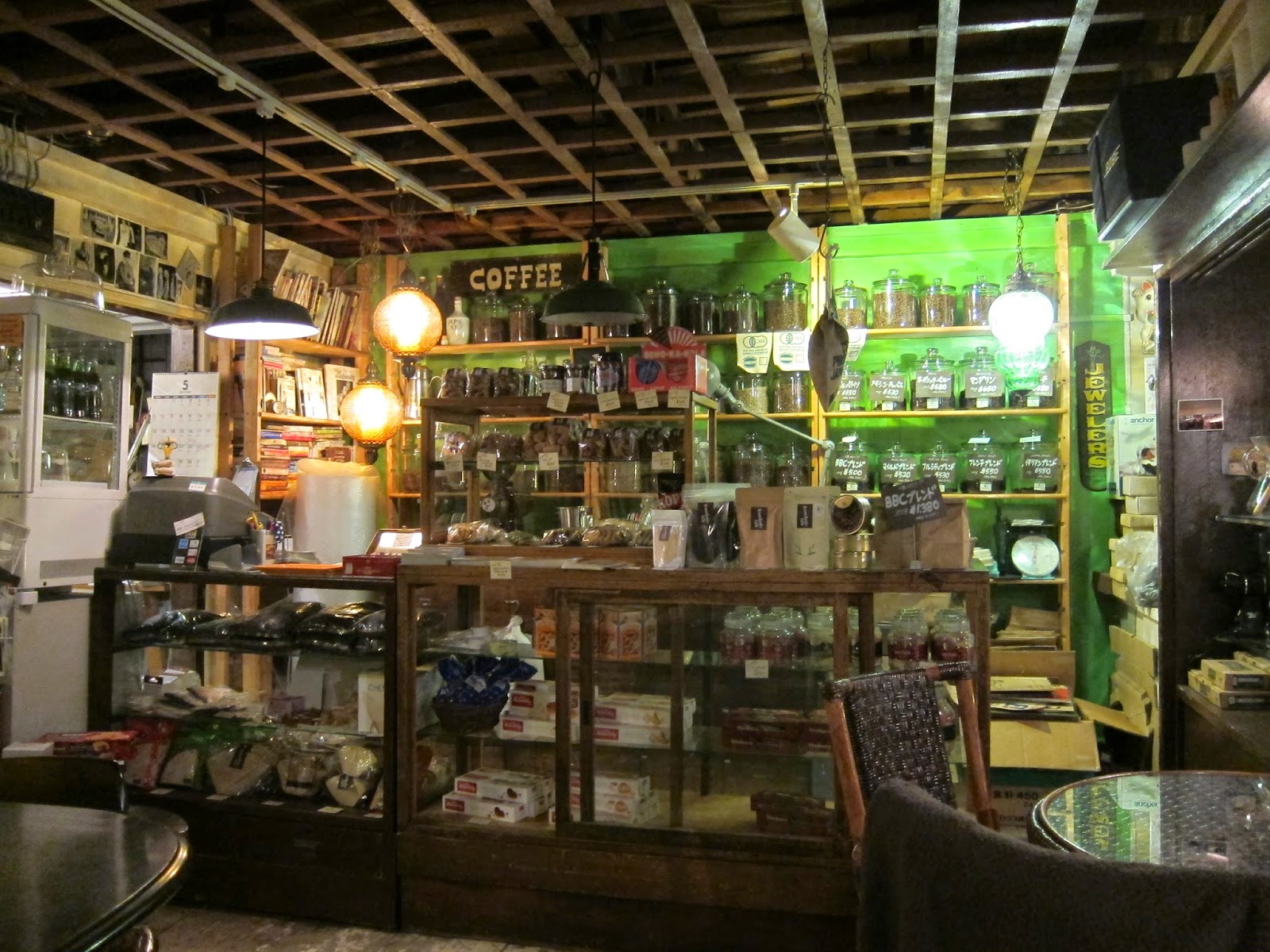 Many Japanese look forward to early May as the time of Golden Week, a sequence of five national holidays that allow for unusually long vacations. I spent my Golden Week in Hokkaido, with four days of it being in the largest city Sapporo.
I did little planning before arriving in the city, but like all my frolics in Japan, I envisioned spending most of my time at case. Before leaving for Hokkaido and just after arriving,  I tried and failed to find a Café Guide for Sapporo, like the ones I had found for other cities. Seeing this as an ominous sign, I began to worry about the café offerings in this northern city.
At the recommendation of a friend who lives in Sapporo, I visited three cafes that she described as “good places to write.” While I was able to bring my laptop to all of them, they were lacking in atmosphere and lattes. Bitter and dejected, I trudged home from a failed coffee expedition and happened upon a curious building. My eyes wondered into the dimmy lit bar on the first floor, and up to the windows of a clothing store on the second floor, then I spotted the words “café.”
The Brown Book Café.
A sign on the sidewalk pointed to a staircase, “books, coffee, and cake,” it read.
I decided to give it a try. 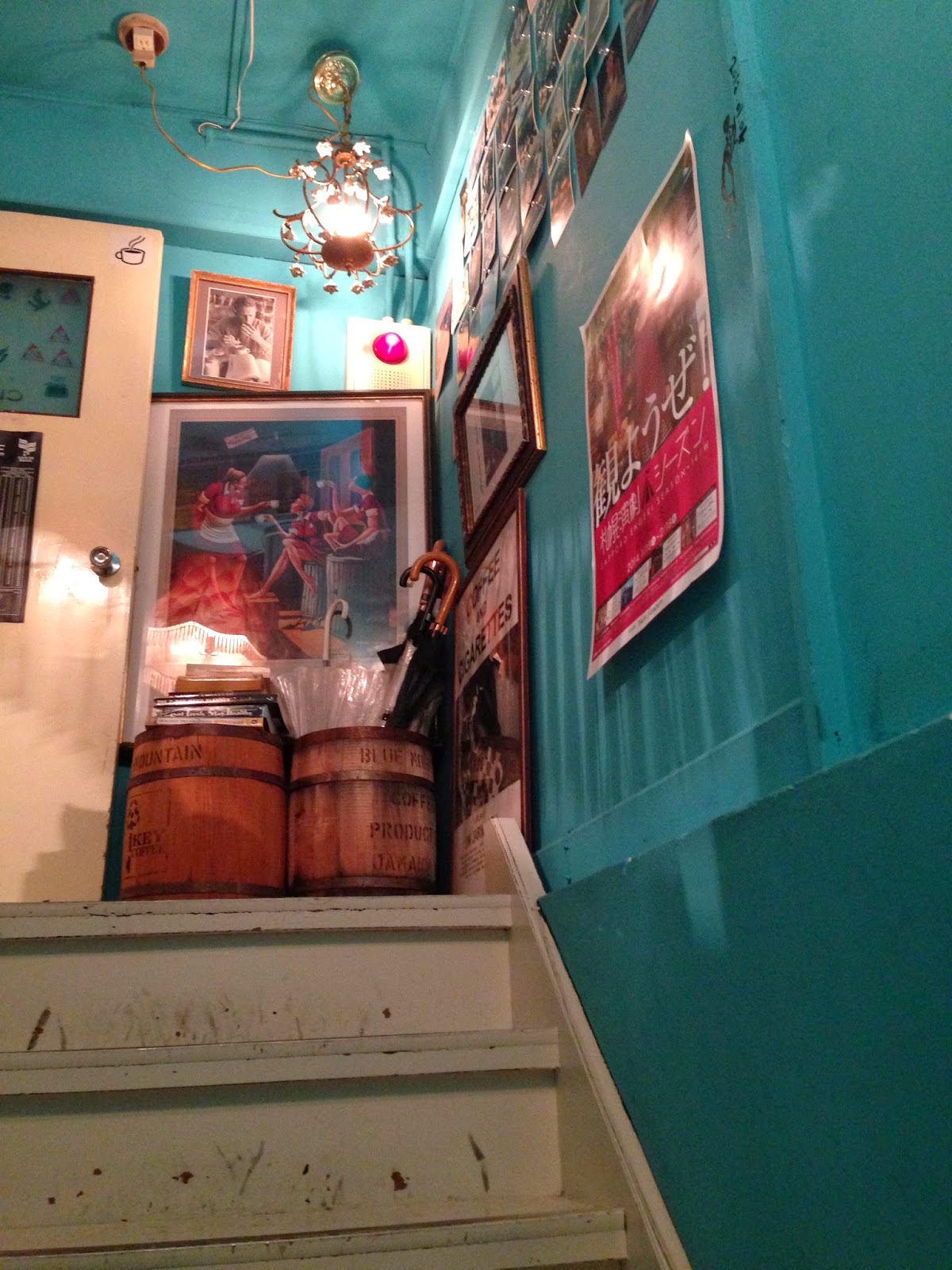 At first glance the staircase appears to lead to apartments on the upper levels, but when I spotted the aqua blue wall and old black and white film posters, I knew I had found the right place.
With a light push on a rickety wooden door, you are immediately transported into an attic in 1920s Berlin. Yellowed children’s book in many European languages lined the walls in shelves up to the ceiling. Pillar of decades-old fashion magazines rose from the table tops. I weaved through the maze of books to the café section, a tiny arrangement of old wooden furniture。Cluttered and dimly lit, the café boasted a large glass window which provided a private glimpse into the glittering streets of Sapporo. 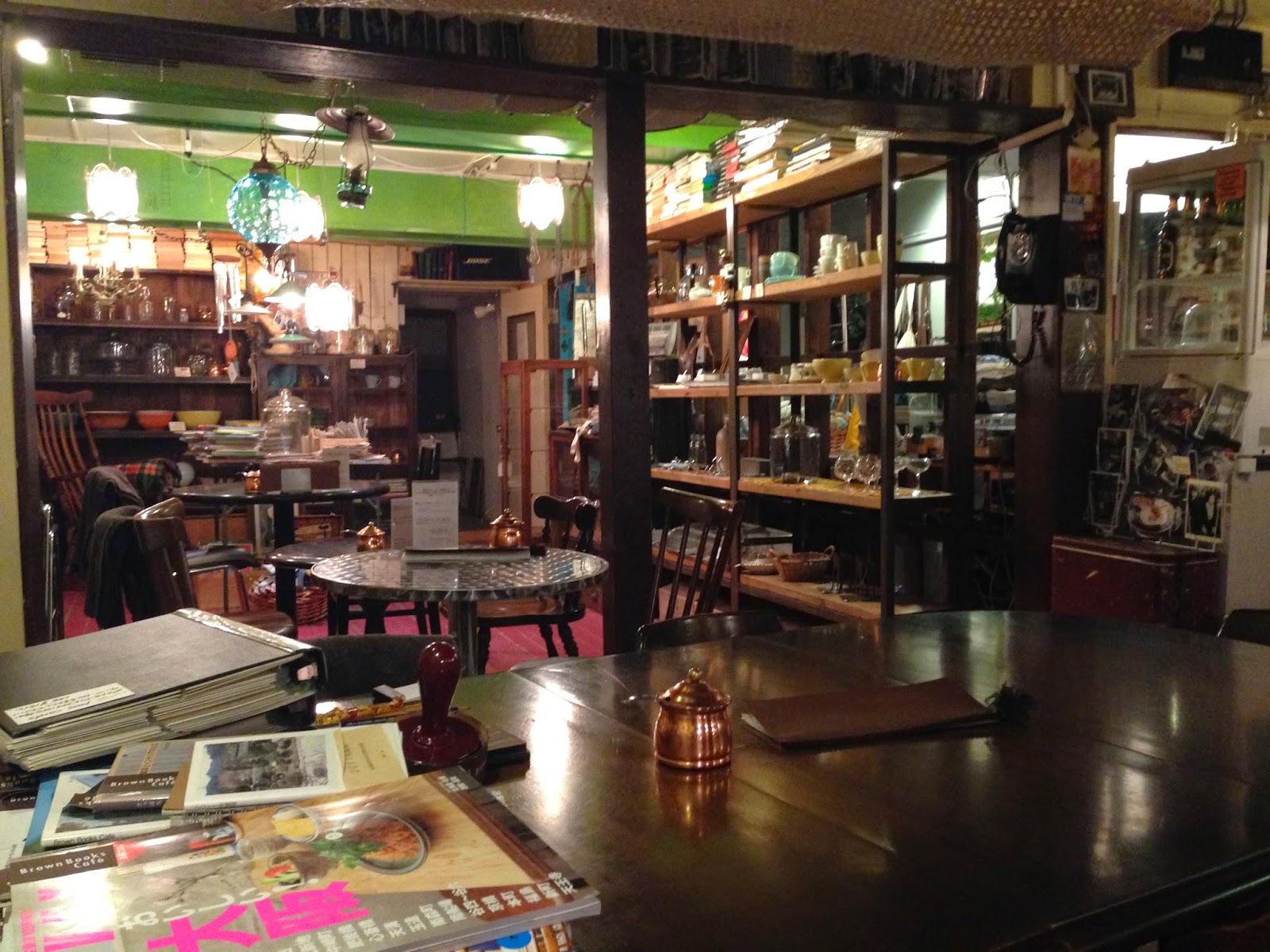 So let’s see how this place measures up to my criteria:

1. Coffee and Espresso in the form of frothy and sweetened lattes:
Yes! Finally found a place in Sapporo that serves more than a “café au lait.” I ordered their almond latte and was very satisfied.

3.    Ordering at the counter, and not having a waiter check up on you
Yes. The nice man in thick-framed glasses and a lab coat did bring me water, but since it is a book café (and not a busy one at that) I’m sure they would not mind if I stayed for hours.

4.    Seating for singles
Yes, the small wooden tables comfortably seat two, but it wasn’t busy and it felt fine to be occupying the table by myself.

5.    The ability to bring your laptop and sit there uninterrupted for at least two hours without feeling pressured to order something else or leave
Yes. Besides drinks, they only serve small cakes, so there is no expectation that you’ll be eating dinner there. There is no printed menu for food, and the daily selection of cakes is written on a board near the counter. 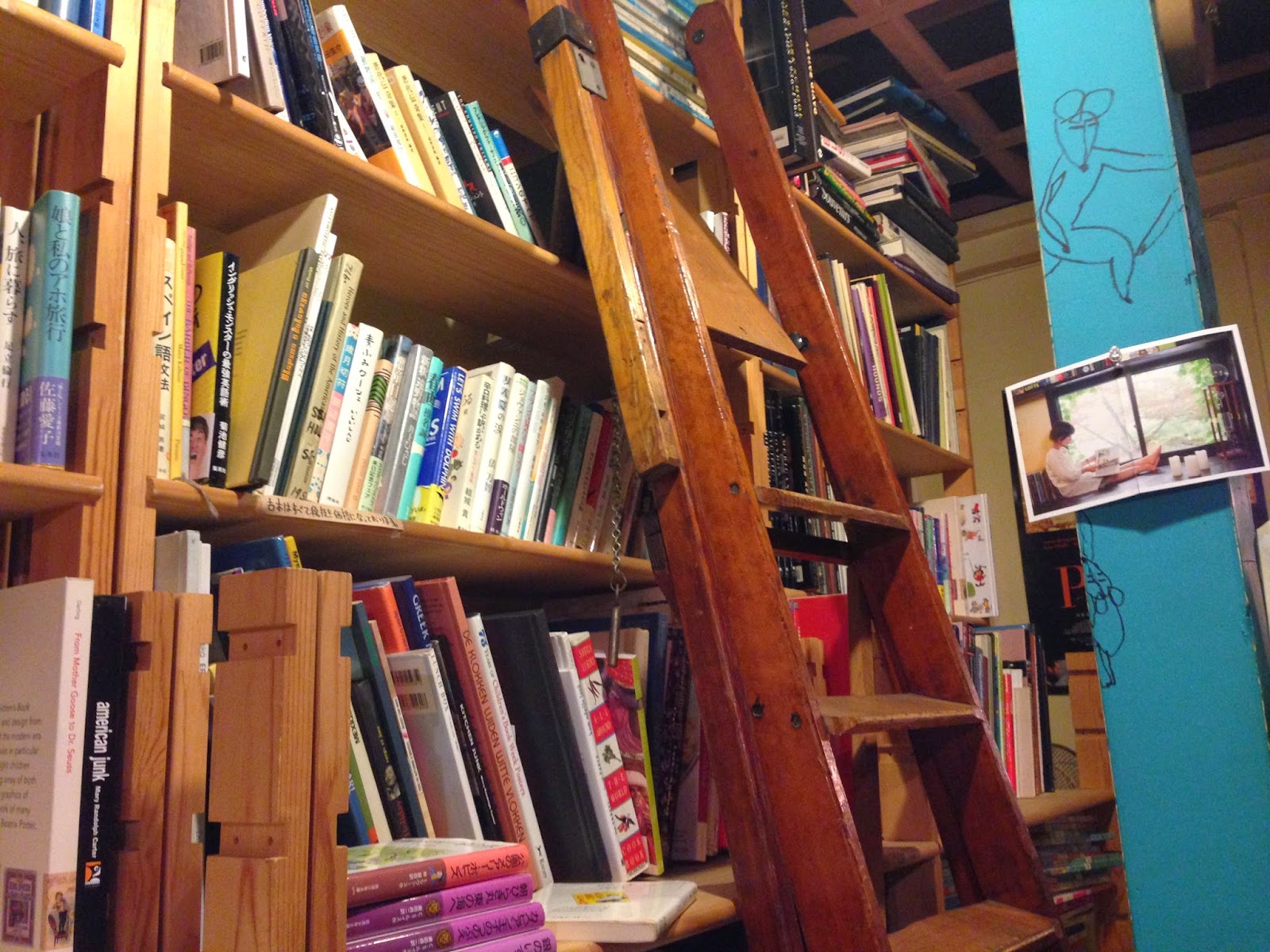 I strongly recommend Brown Book Café if you are looking for an offbeat place to chill. If you every have the urge to hide in an attic and read a book, this place is for you. 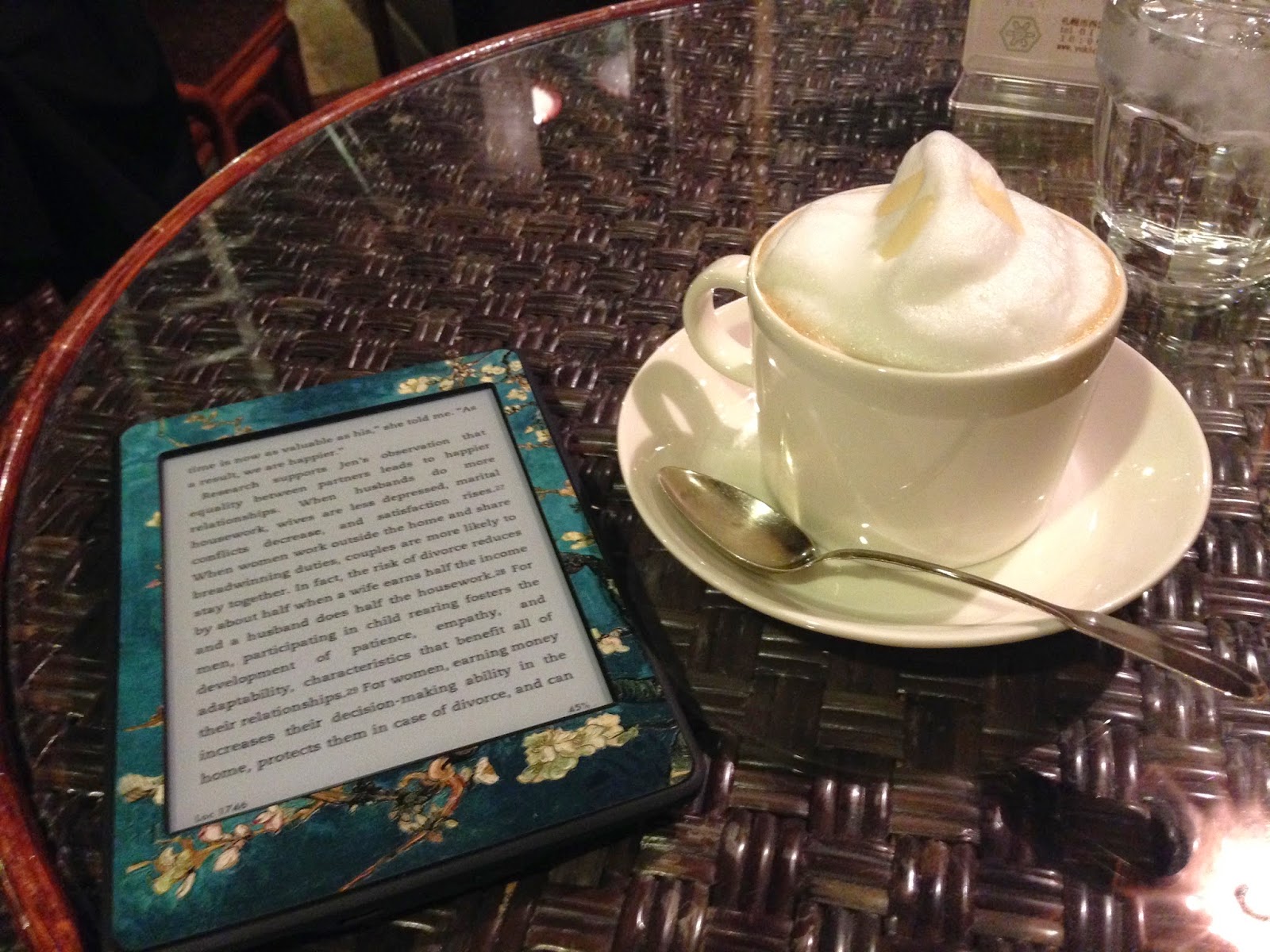 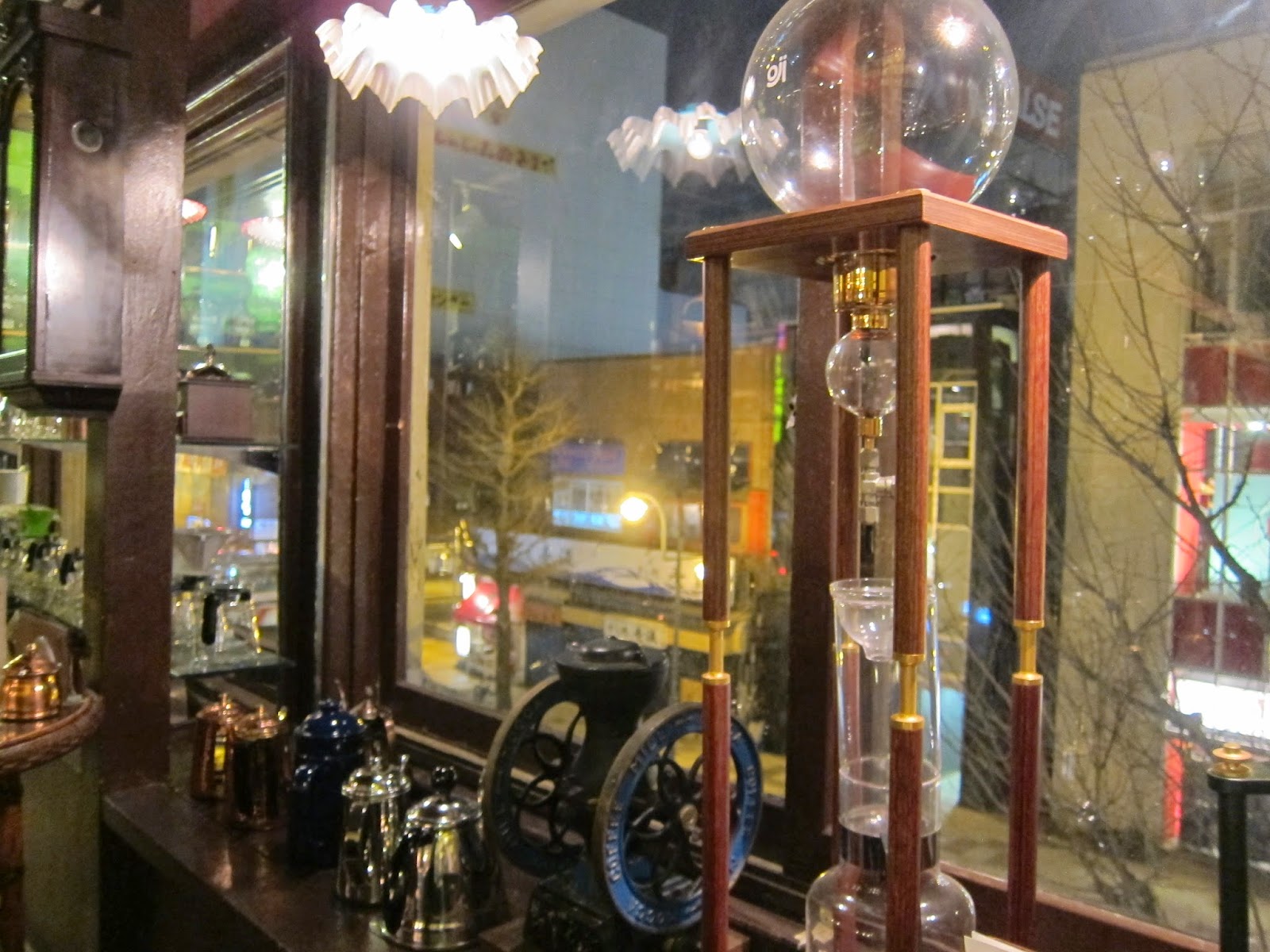 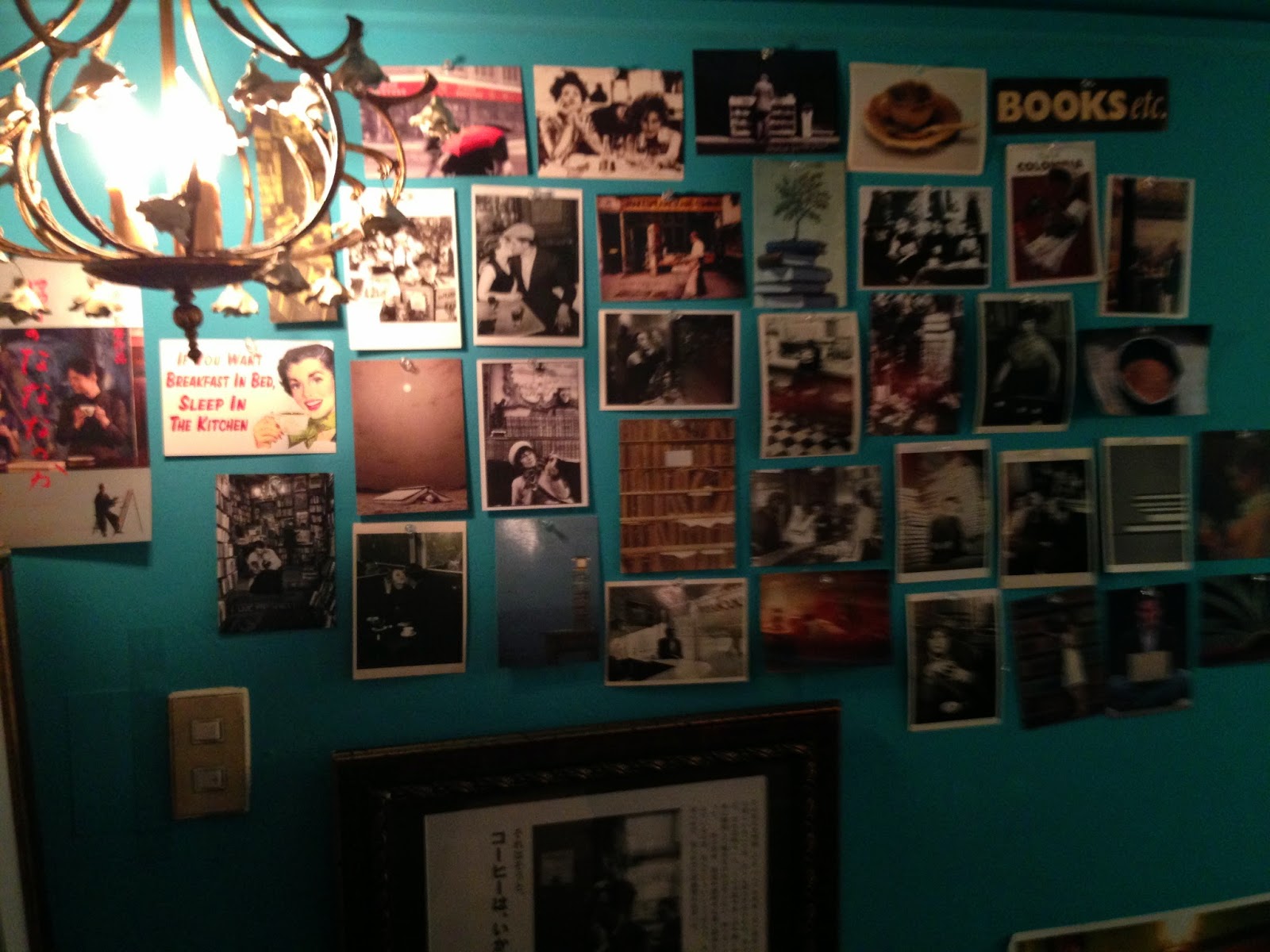