Part of my acclimation to a town of 3,000 came in the form of running. It seemed an unlikely outlet; I hated exercise and felt uncomfortable being outdoors in general. But in the absence of gourmet food, lattes, places to shop, and diverse people to see, I found that I could not replicate my urban lifestyle as it had been in the U.S.
After the onset of culture shock brought a succession of days spent indoors, scanning yelp reviews for restaurants back home, looking at friends pictures, and wishing I was somewhere else, I decided that enough was enough. I ventured outside.
I took my first walk down the street at 4:30 pm on September 7th, 2013.
That’s when I realized that I live in one of the most beautiful places on earth and I need to spend everyday in that beauty. I began going out walking everyday after work. There is no need to name the street on which I walk. It’s the only main road in town. I walked along the sidewalk which runs parallel to the river. With time my pace increased, and one day I decided to run. I barely made it to the end of the block (we have very, very long blocks) before I was out of breath. But I kept running. Every day my endurance increased, and so did my distance. My goal was to run to the street light at the end of the road. The intersection needs so name – it’s one of only two street lights in the entire town. Then when I passed the streetlight I set my new goal further out – at the car mechanic opposite the rice paddies.
One day I saw someone cross a pathway through the rice paddies onto another road I had never noticed. I followed them and discovered a pathway o the edge of the river dam. Shielded from the noisy of cars, the road is cupped on one side by steeped hills of rice paddies, and on the other side by a large river. It is in the valley numerous mountains, each turning bluer and blue as they fade into the bottomless sky.
Slowly visions of my new environment supplanted the memories of my old one.
In my evening walks I learned the position of the sun in the sky at every hour. I know its color. A rosewater hue amidst a salty sky.  It has just slipped below the peaks of the blue mountains, its glow, a mere sizzle beneath the crisp fog. Just before sunset, the farmers set their crop waste ablaze, and with backs bent low towards the earth, they painstakingly tend to every plant by hand.
My running path along the edge of a river dam between the mountain slopes of rural Japan is enviable. Nowhere else in the world is there another place like it. It has brought me closer to nature, and closer to myself. 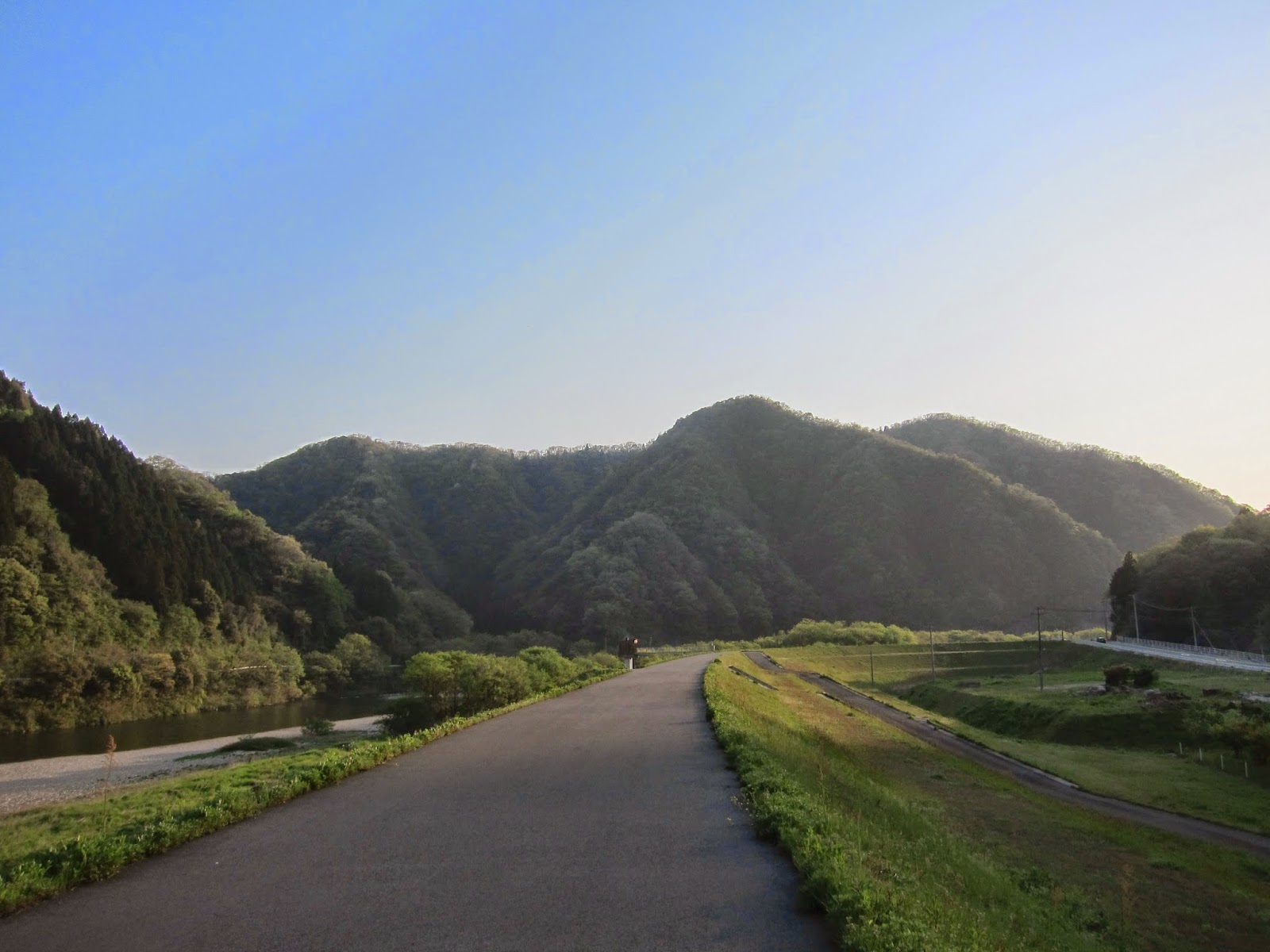 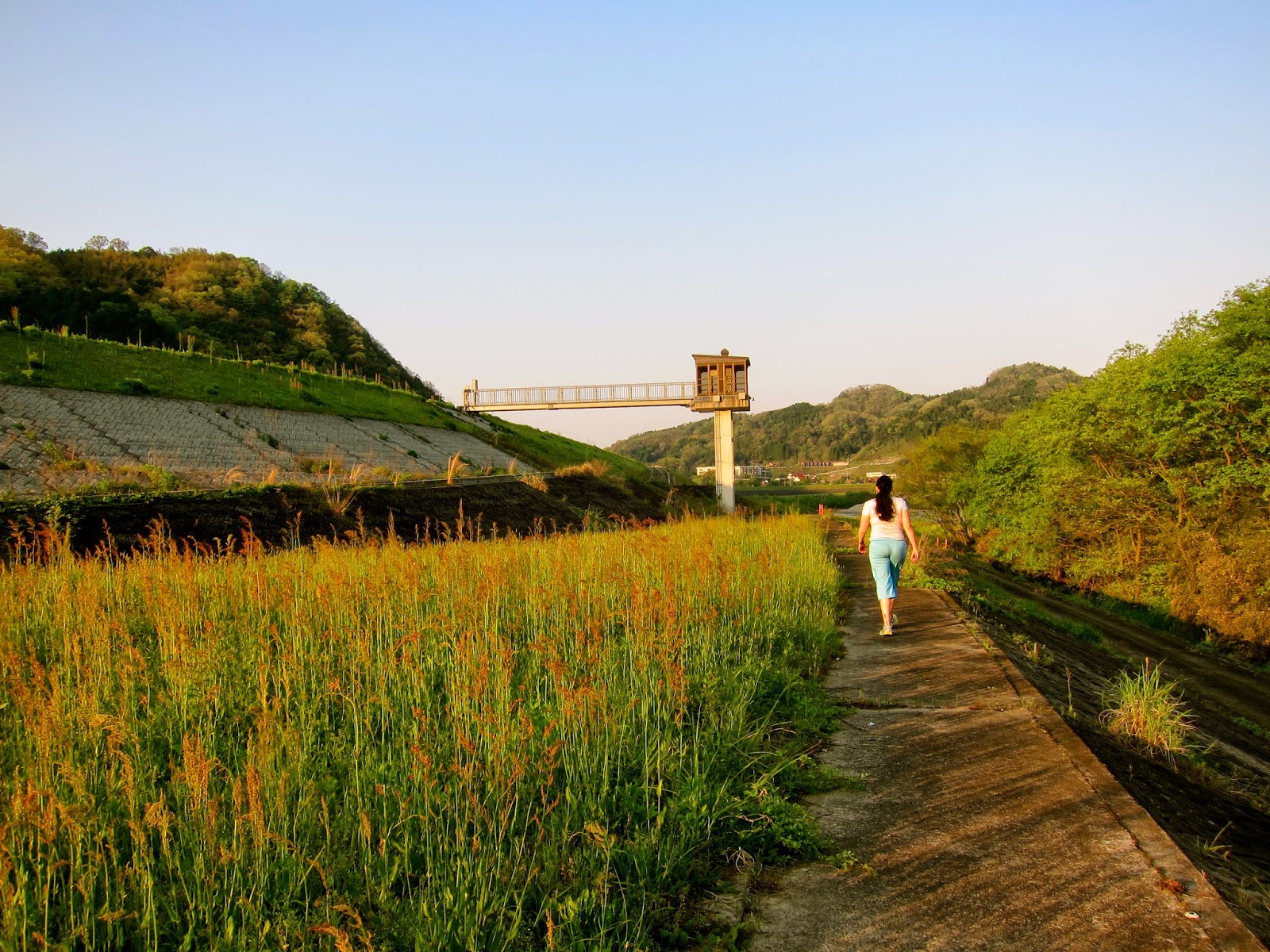 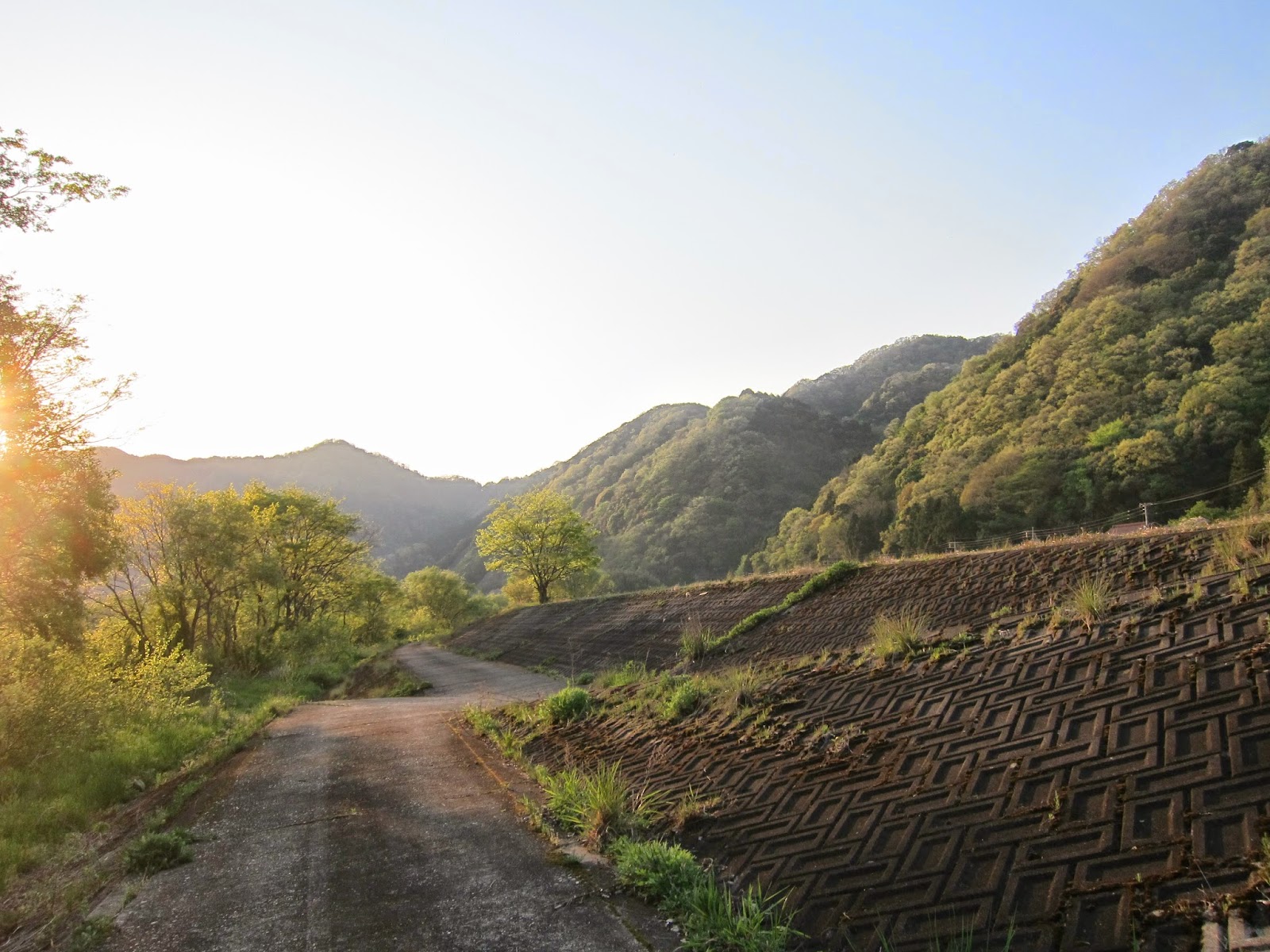 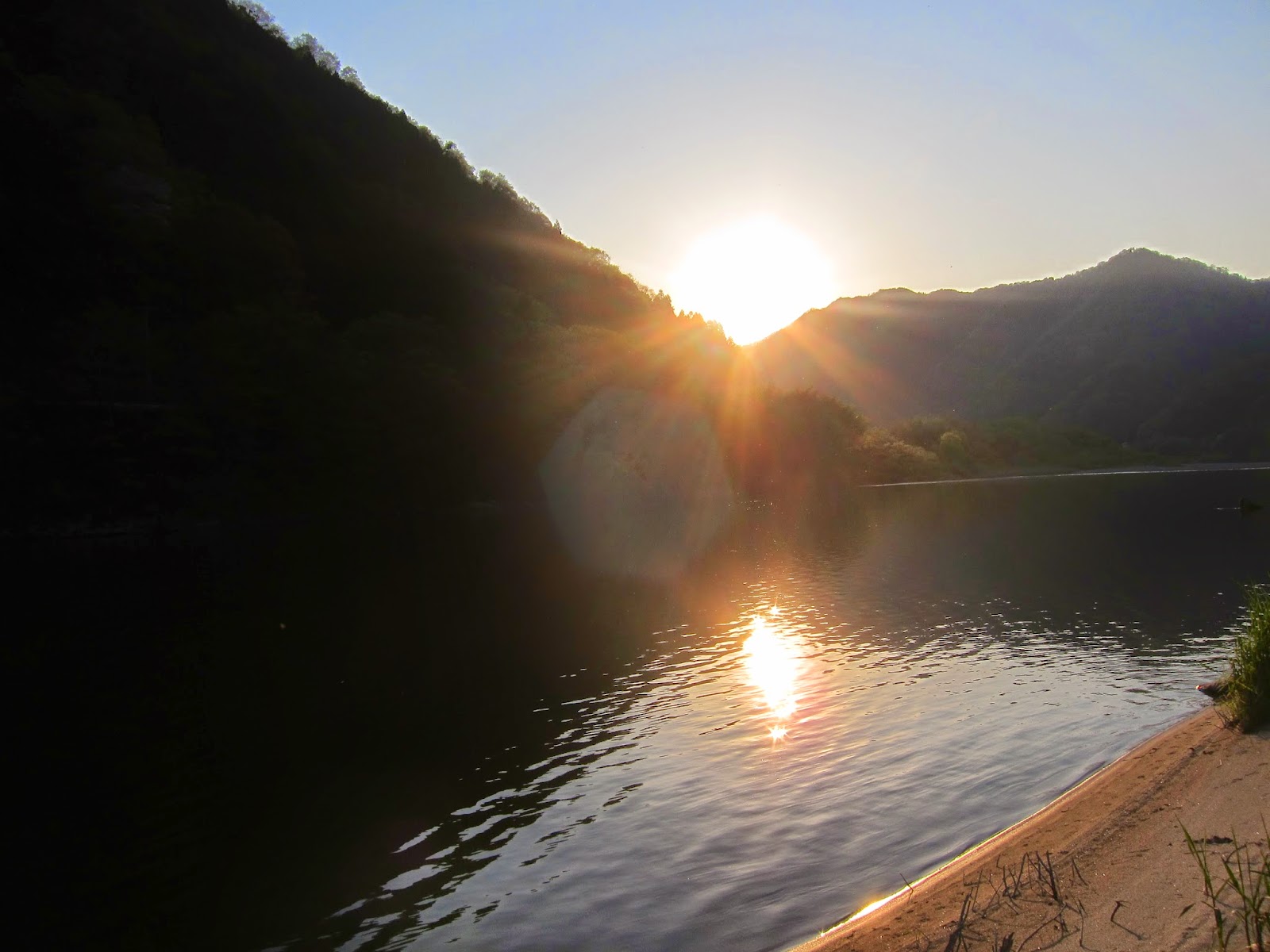 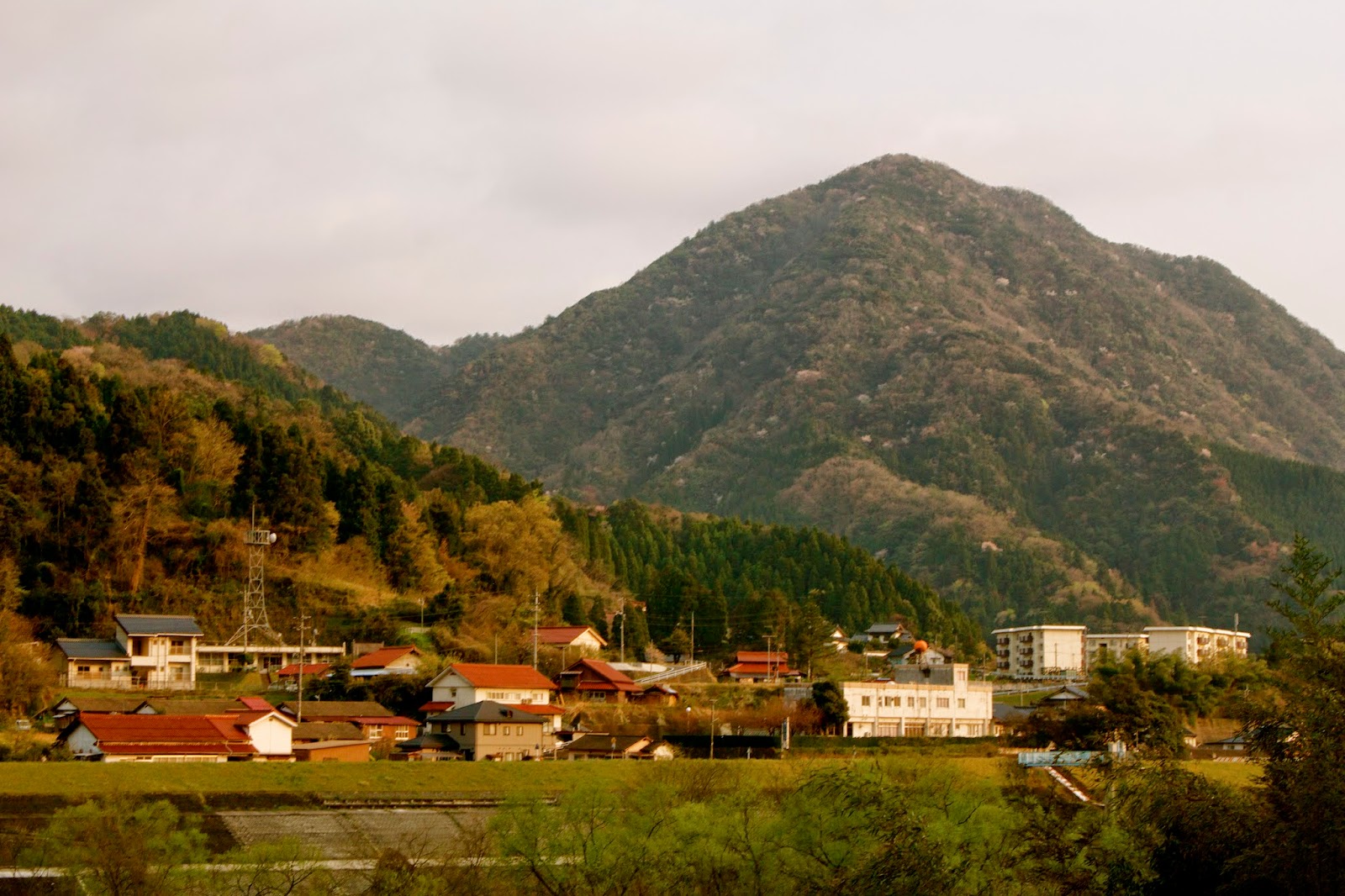 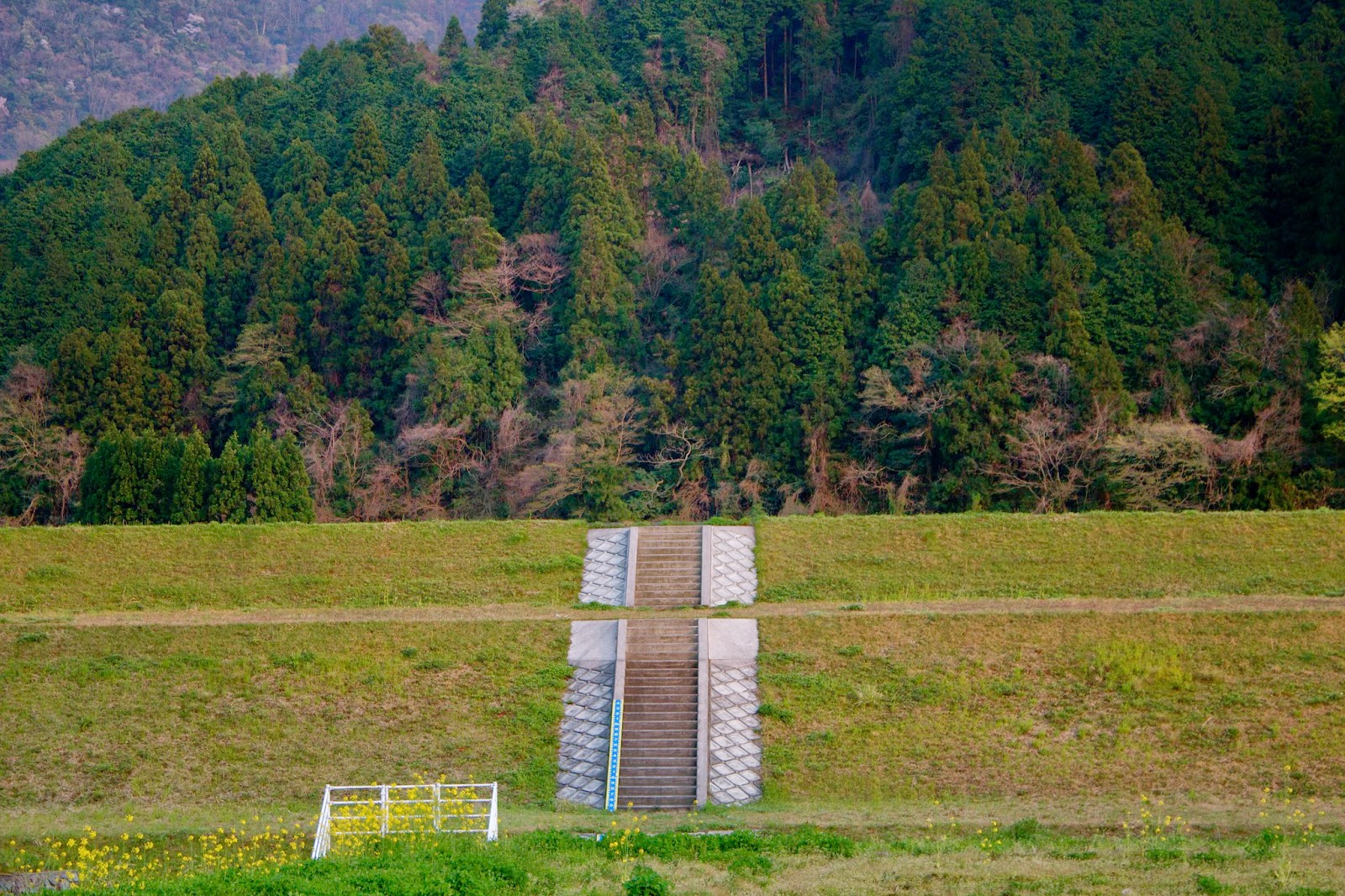 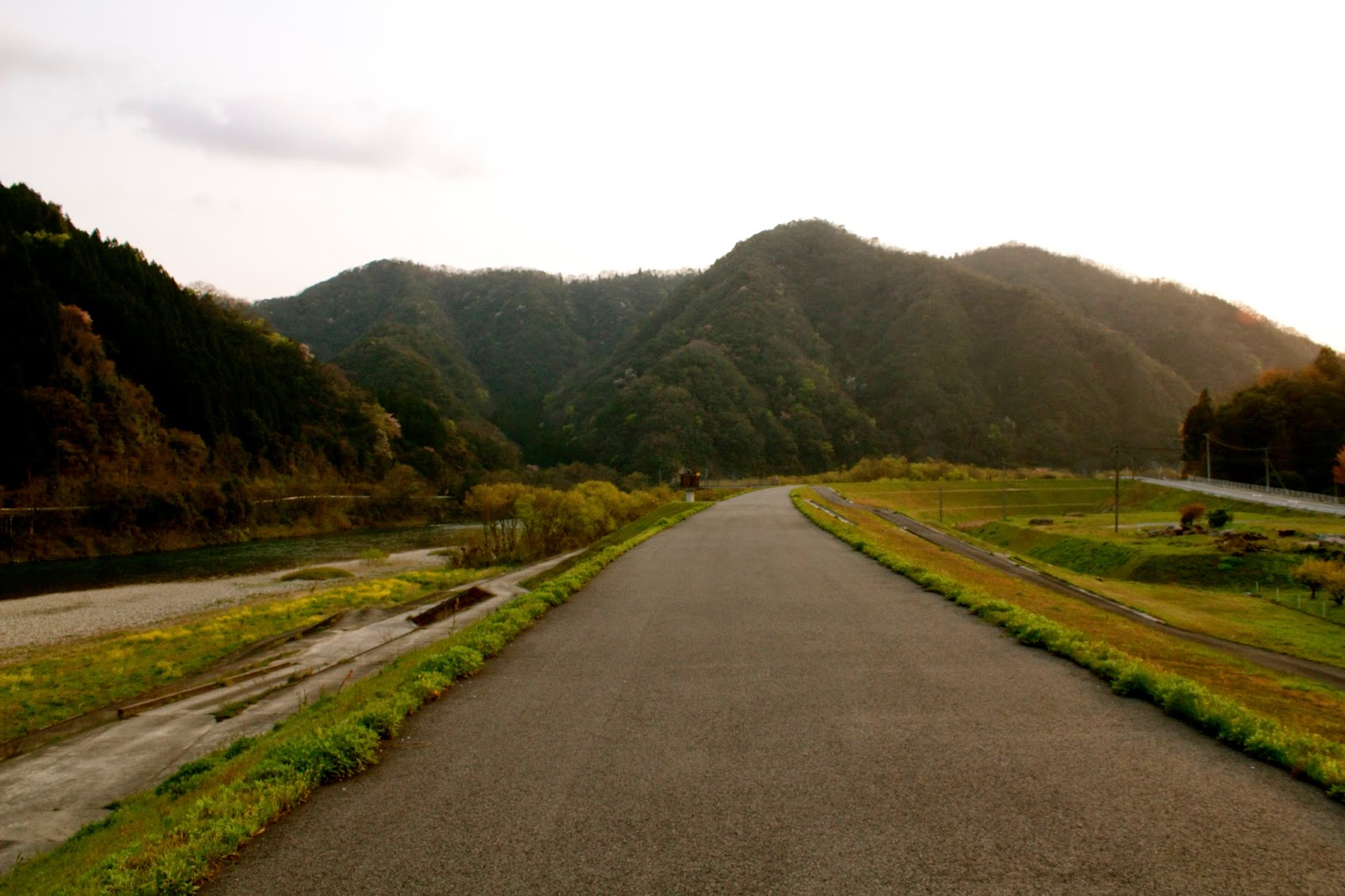 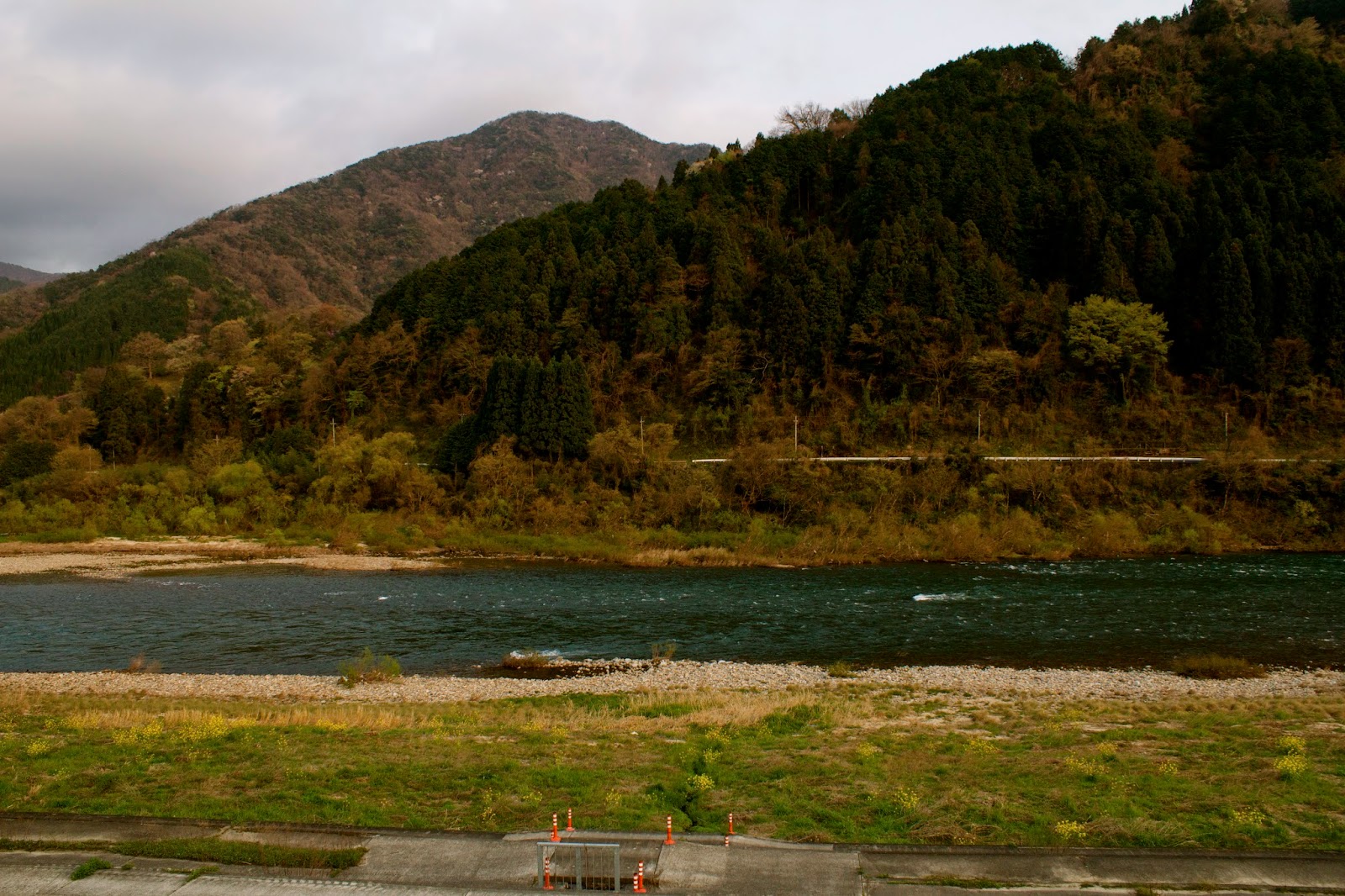 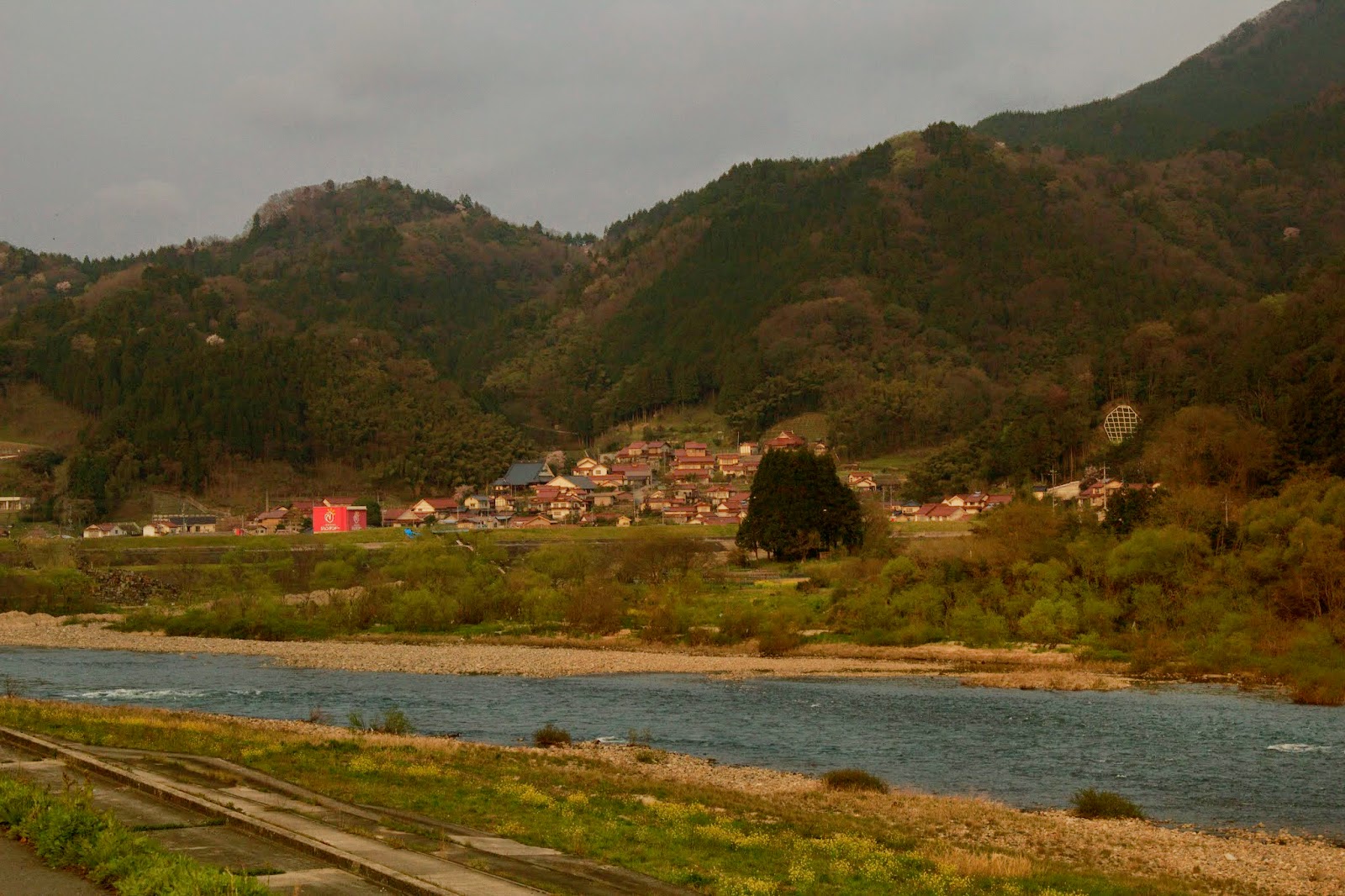 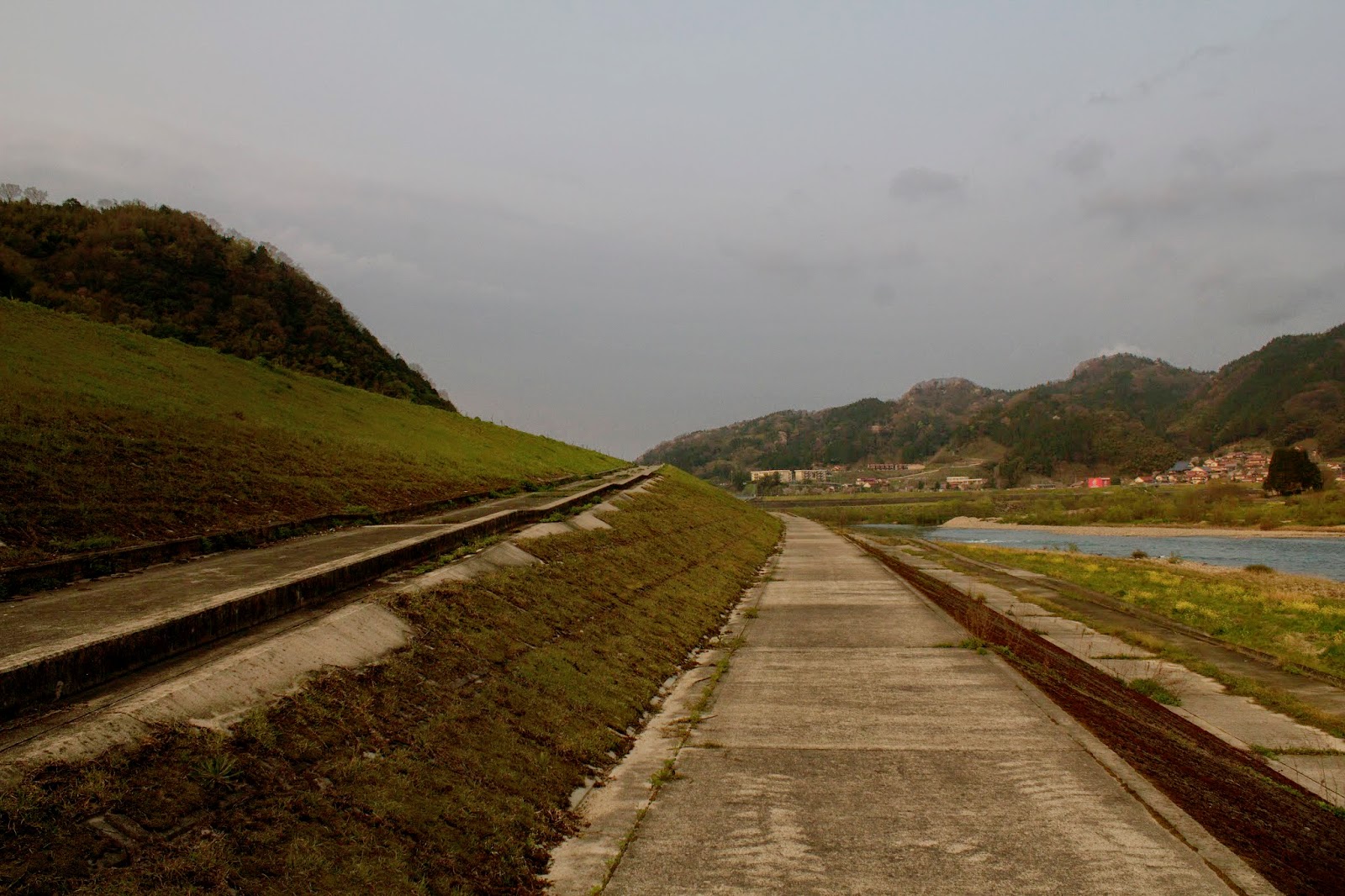