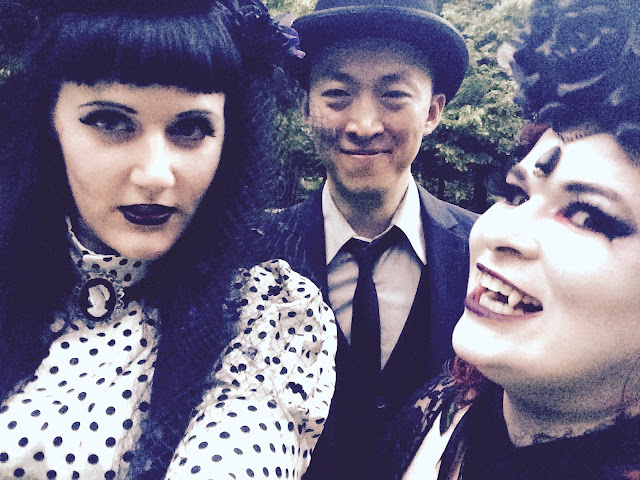 This year I attended Portland’s annual VampireMasquerade Ball for the first time. I have been following the ball on social media for years and dreaming on attending, and this year was my chance.

Usually the ball is held in March, when the air is cold and the sky gets dark by 8:00pm. But this year the ball was postponed until June. Usually a mild month in Portland, that day it was over 100 degrees and I was in full Victorian regalia. However, a late sunset afforded me a lot of time to get ready and take pictures before the ball.

At the ball you can see all kinds of goths. Some are in full monster make-up and costumes. Some are Victorian, Renaissance, Edwardian, or wearing other period-pieces. Some are futuristic with latex dresses. Some wear vampire fangs, some have giant headdresses, and some definitely spend six months creating their outfits for the night.

I procrastinated and did mine in one weekend. The most time consuming part of the whole endeavor was deciding what I actually wanted to create. 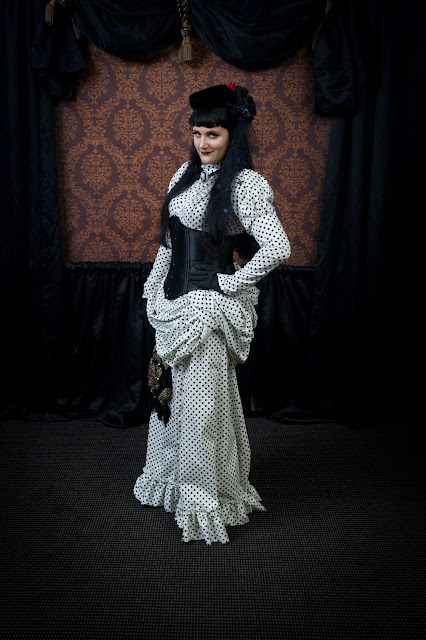 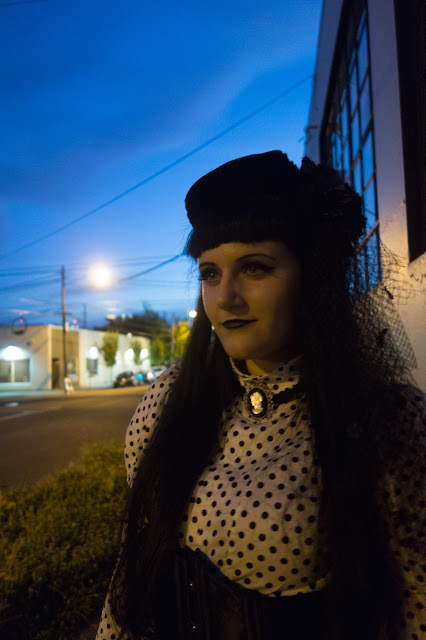 I spent hours scouring the internet for Victorian dresses and reproductions and looking at pictures of other gothic balls to see how people would be dressed. For weeks I did all this research and still had no idea what  I would make, until I came across these pictures:

I loved the polka dots and they are so unexpected for that era; I almost didn’t think polka dots existed in the Victorian period. I decided that this is the dress I must reproduce. White will make me stand out, and the polka dots will be surprising and fun. Thankfully this material was available at a local fabric store, and I spent about $60 on 8 yards of it.

I got to work on the bodice first, since I knew that would be the most complicated piece in the ensemble and it would take me a few tries to get the fit right. I cut up an old bed sheet to use as my muslin, and I made four muslins before deciding that the pattern was good enough to use for cutting the real fabric (it’s still not perfect). One thing that needed a lot of work for the sleeves. I underestimated how large the pattern of the sleeves would need to being order to produce the ruffle effect. Even after I cut the fabric, I had to alter the sleeves numerous times to get them right.

The skirt was easy except that it was just a lot of fabric and sewing. I used a drawstring to tie the waist, so I can adjust it if I lose weight in the future. I made an underskirt that can probably be worn on the street, and a long overskirt with a train that’s just for bustling.

My accessories were all things I had in my closet:


The ball starts at 9:00am and finishes around 2:00am. Before I attended I thought I might get bored and wondered how I would entertain myself for five hours. Fortunately I was totally wrong in that assumption. I had so much fun I felt like five hours was not enough. I spent the whole time catching up with people I met at parties and goth clubs, comparing and complimenting outfits, dancing, watching the areal shows, waiting in line for photos, getting drinks (I had 4 or 5 cocktails), and going through the buffet line twice. There were also a number of vendors on the first floor, so I did a bit of shopping as well. Five hours was not nearly enough time to see and do everything and chat with all the people I wanted to see.

I am so excited to for next year’s vampire ball and I can’t wait to begin working on my dress. Better start now! 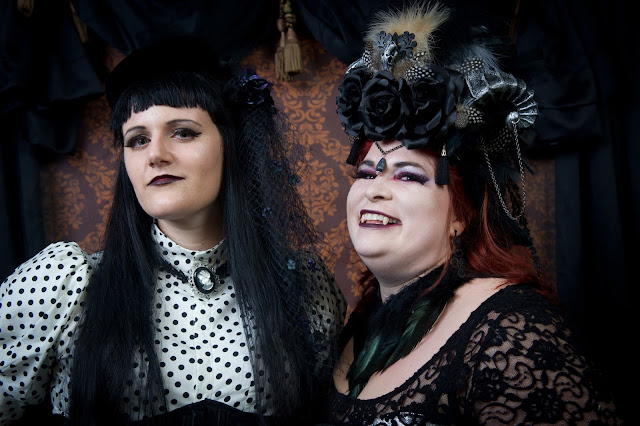 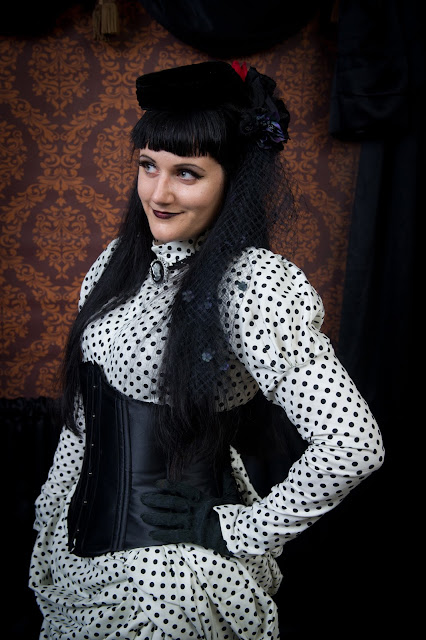 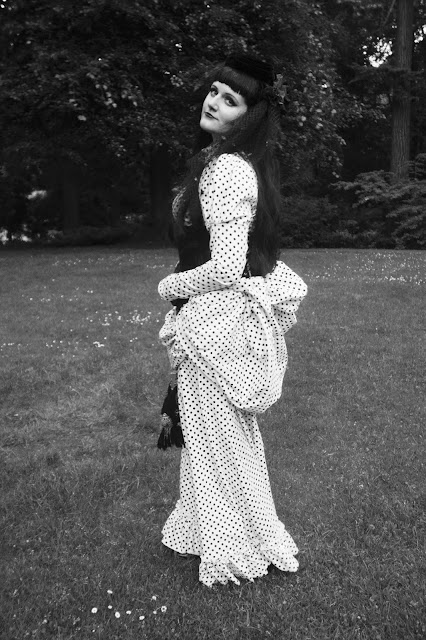 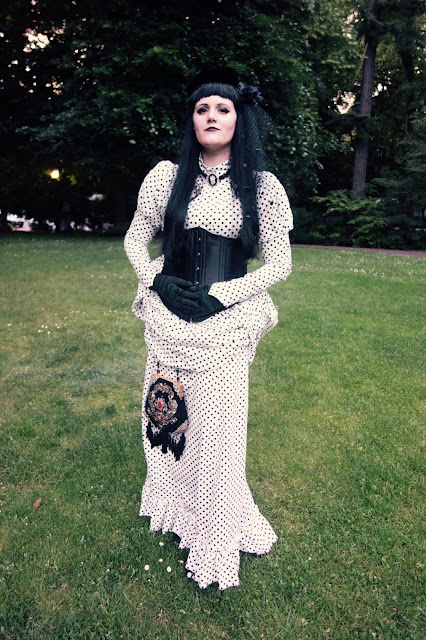 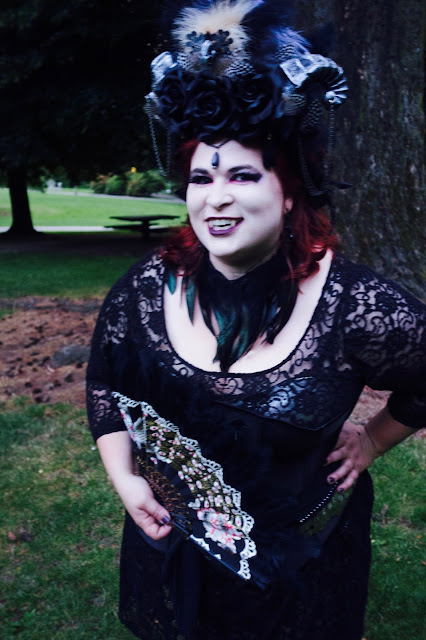 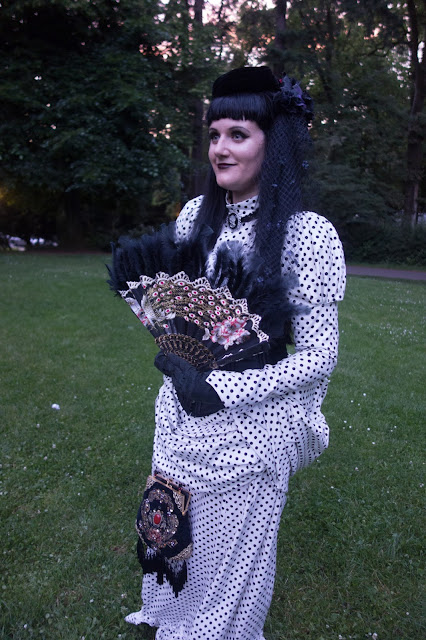 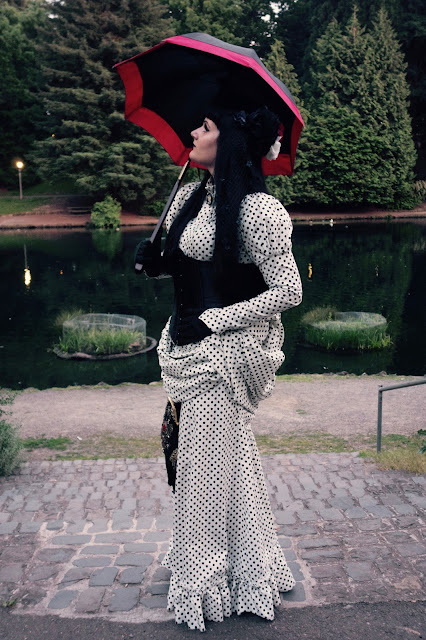 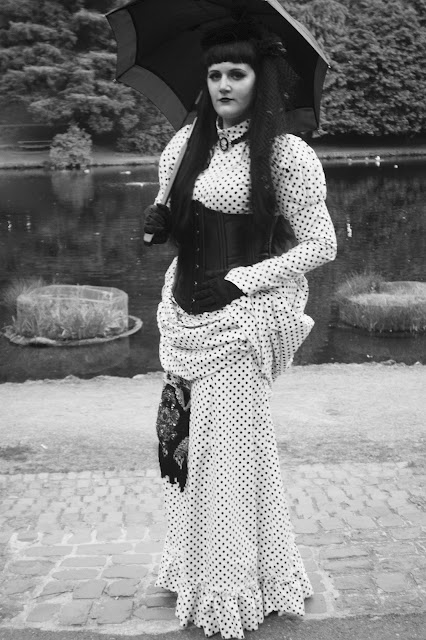 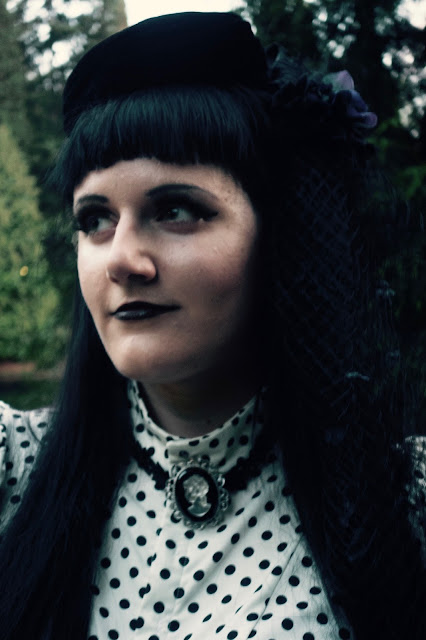 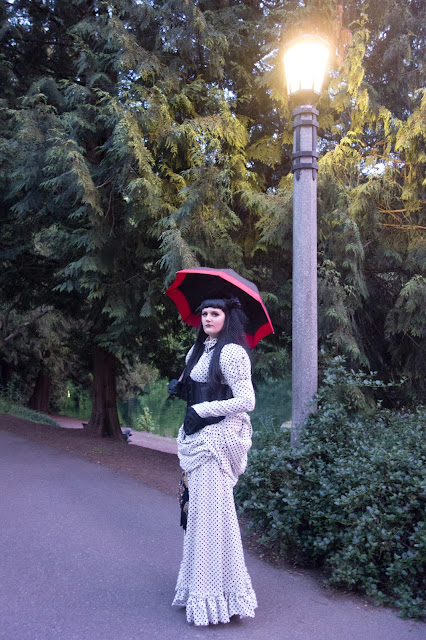 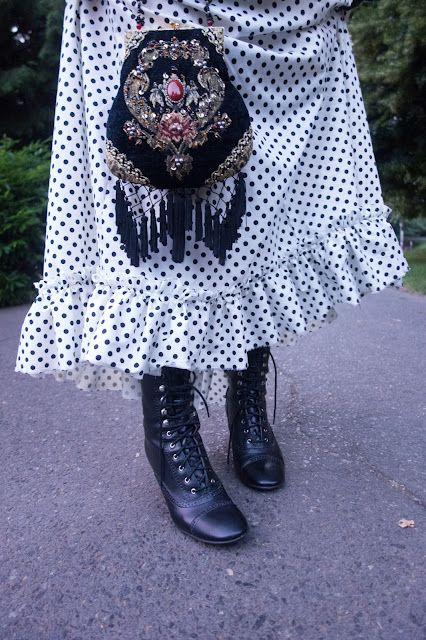 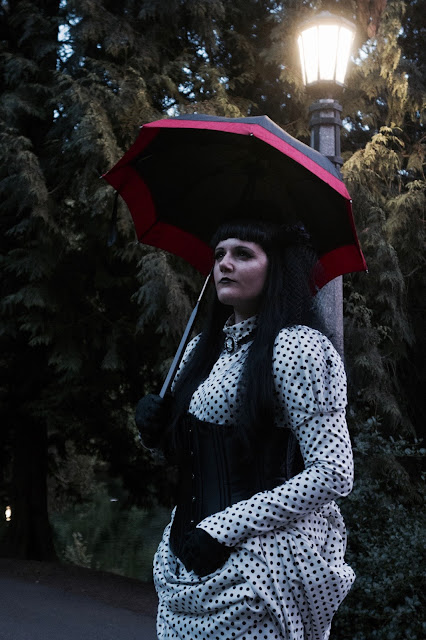 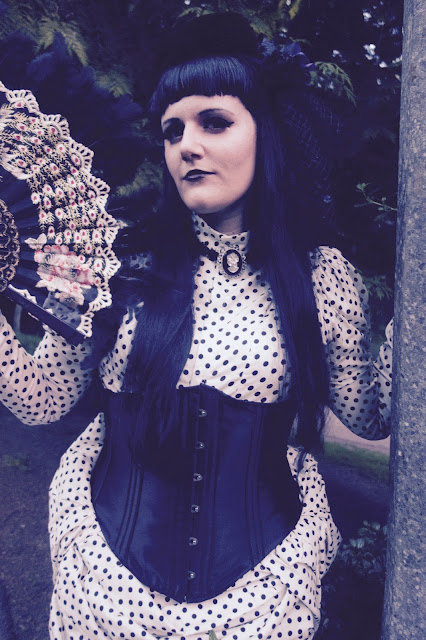 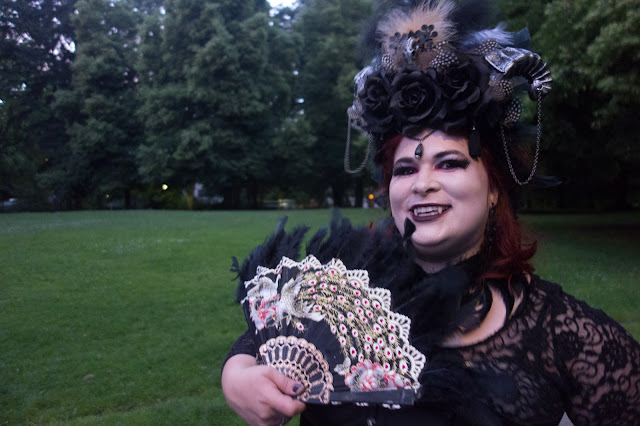 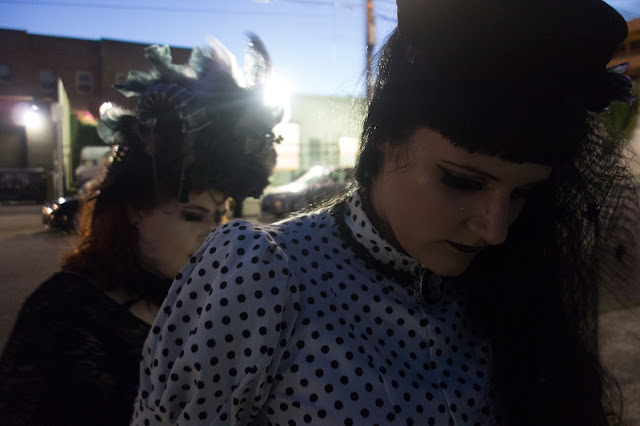 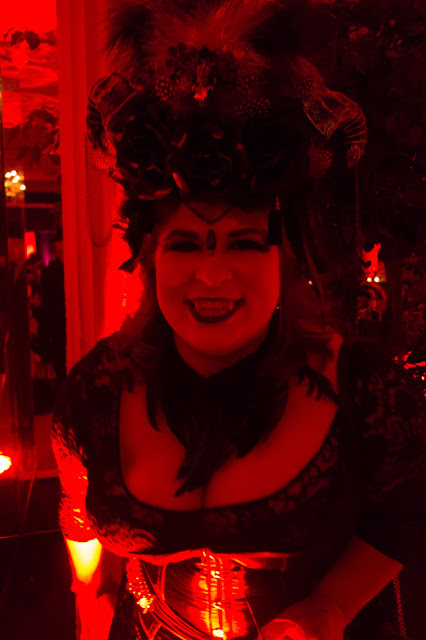 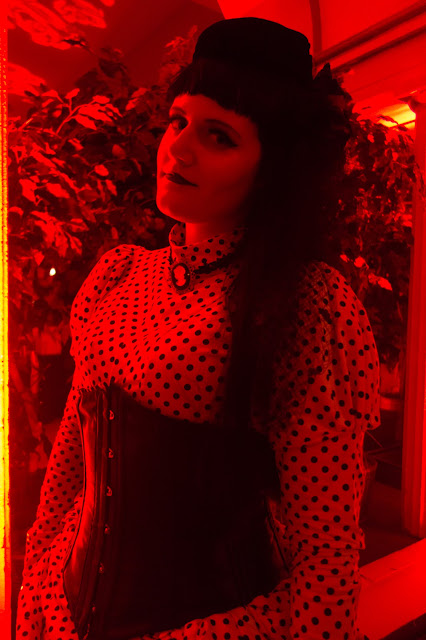