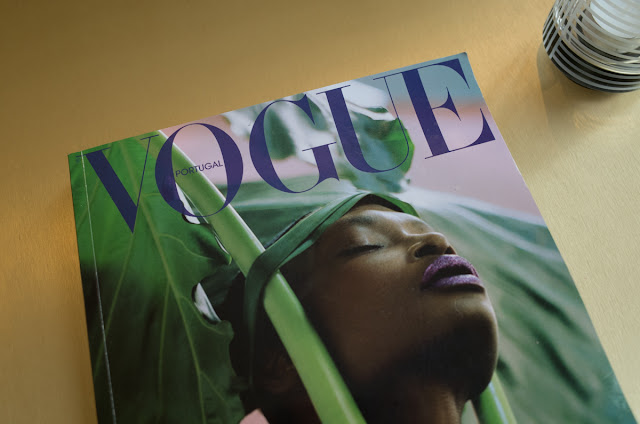 The last time I visited a magazine-themed cafe was at the Nylon Cafe in Tokyo in 2012. I almost thought that such cafe concepts were only a thing of Japan. You can imagine my surprise and wonder when I discovered the Vogue Cafe while wondering the streets of Porto. I have since learned that there are Vogue Cafes all over the world, but this first one in Porto was still special. 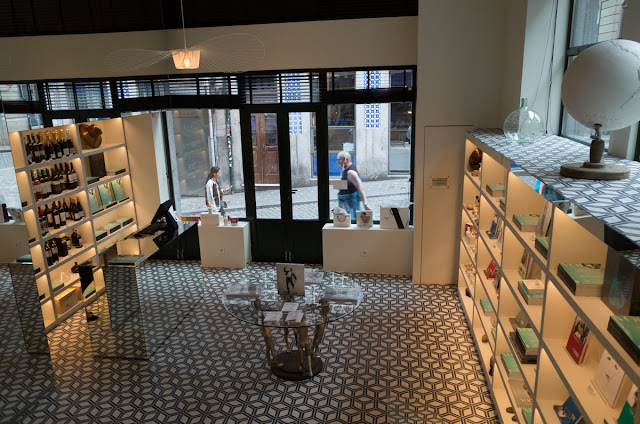 In the entry way is a small but stylishly designs shop selling books, wine, and other luxury items. Up a short staircase leads one to the cafe. 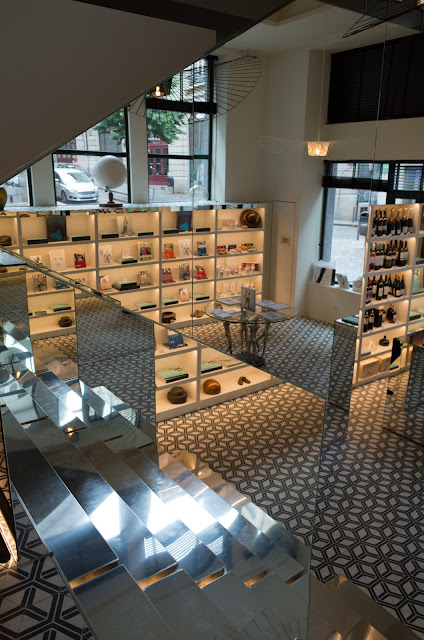 From where we sat we had a view of the big screen, which played runway shows and other fashion documentary footage. 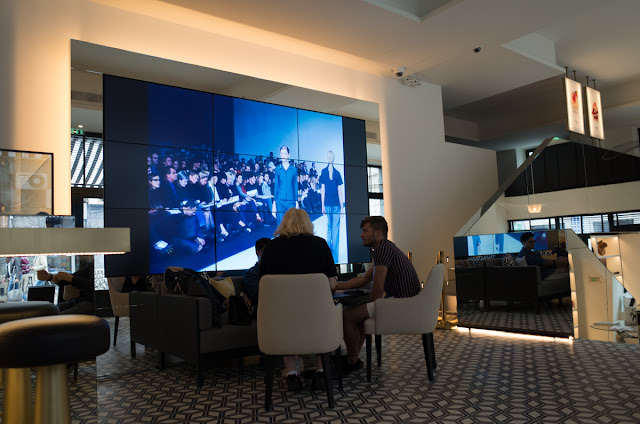 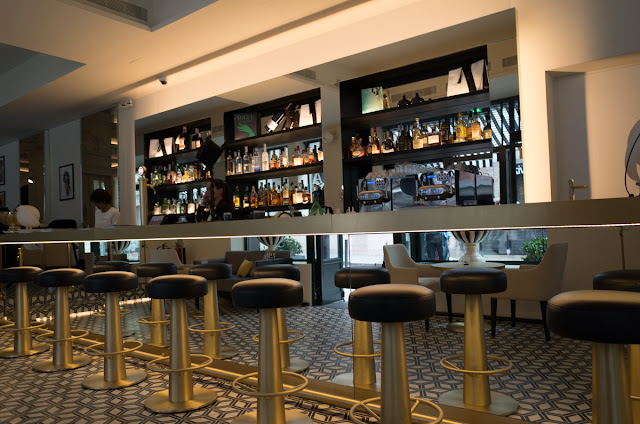 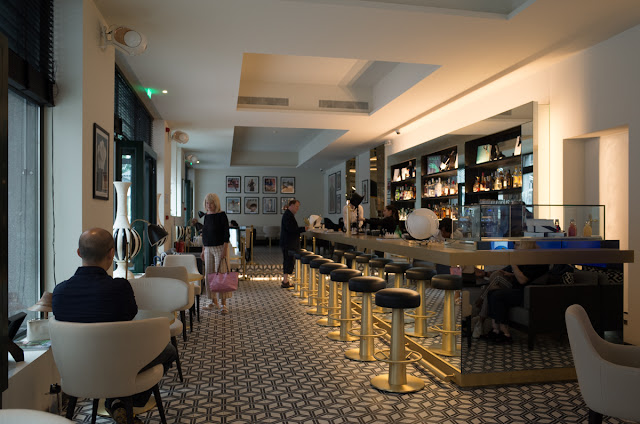 After reviewing the menu and seeing the gorgeous bar counter, it was very tempting to order some cocktails, but I was already 3 months pregnant, so had to settle for some mock-tails. They were both exquisitely crafted and delicious. 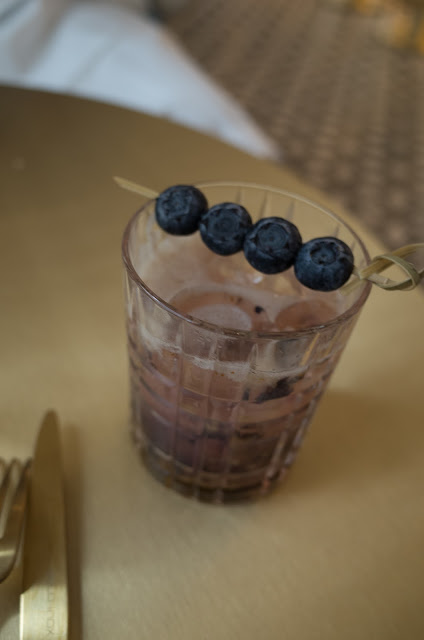 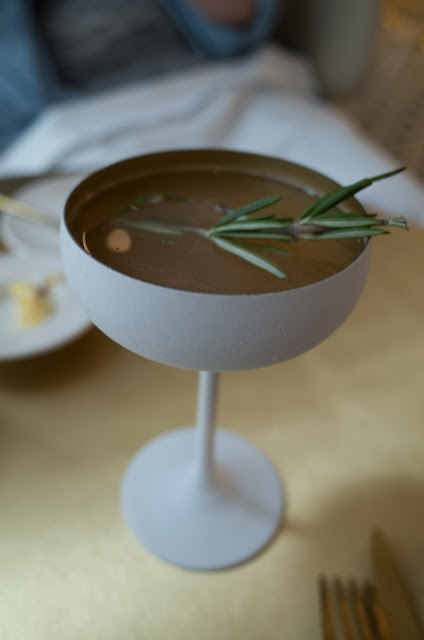 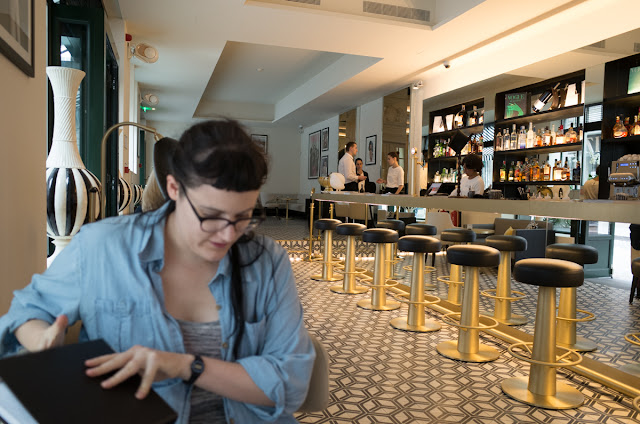 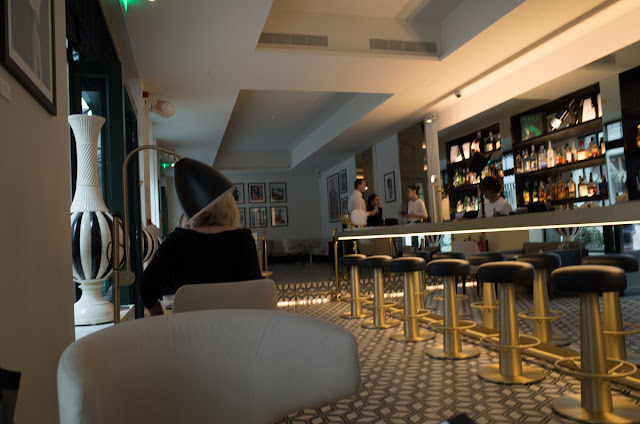 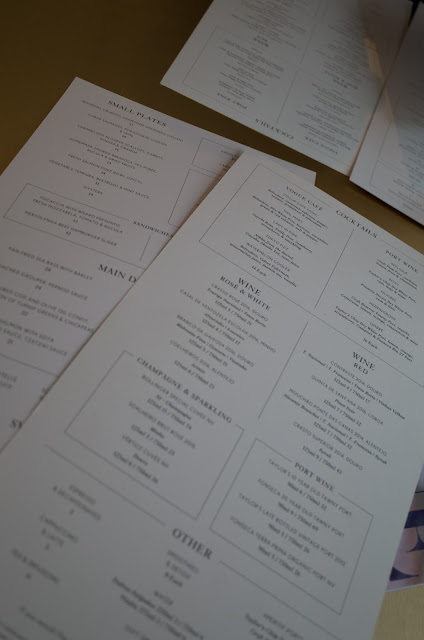 Breaking from my usual cafe tradition in which I only order espresso beverages, I ordered food at this one as well. The menu really tempted me and I wanted to try some of their offerings. My partner and I shared a pesto tagliatelle and rhubarb dessert. 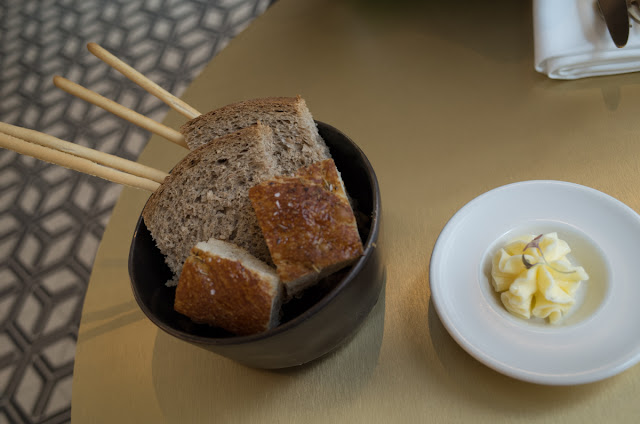 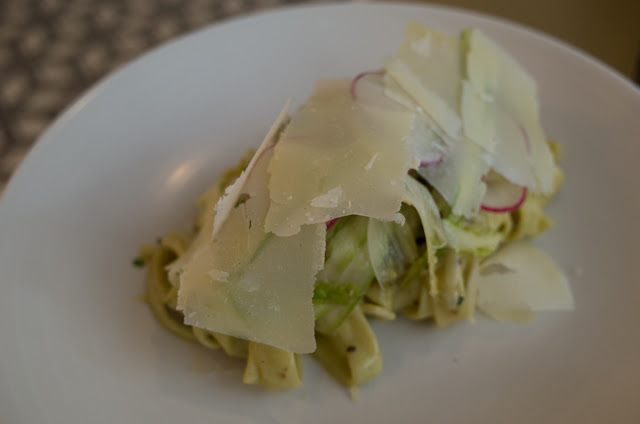 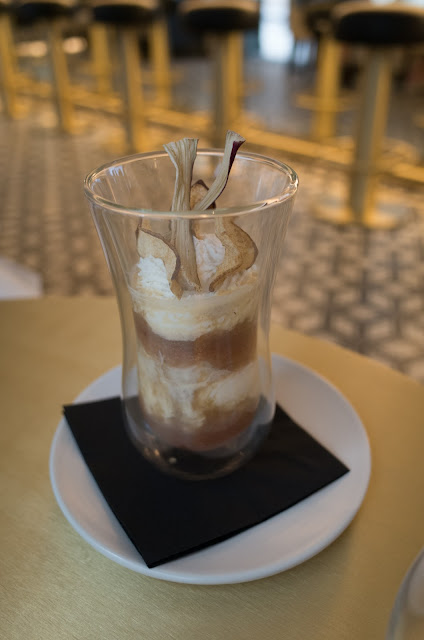 Unlike the Nylon Cafe in Japan, which was basically just a cool place to read tons of Nylon magazines from all over the world, Vogue cafe was much more about propagating the Vogue brand into all thing luxury. They didn't really have a lot of magazines lying around, and certainly not ones from all over the world. Still, this was a very worthwhile visit and I enjoyed the novelty of this cafe in Porto.
at February 27, 2019