Spring time is no small deal in Japan. The changing of seasons is  fundamental part of Japanese culture that reveals itself in everything from the largest of  festivals to the most mundane of household items. The overture to spring of course, is the blooming of the cherry blossoms, an event which is chronicled daily on every form of media from the national news, to twitter, to even...macaroon packages at Starbucks...? Yes, in case you were daft enough not to realize what was going on, even Starbucks will remind you to take a stroll through Ueno park and have yourself a good look at the cherry blossoms.

I arrived too late for the Cherry Blossom latte - or was it a mocha? - which I heard about only after they removed it from the menu.  But I did come just in time to sample the Orange Brulee late, before it sold out. Now, I'm no fan of orange flavoring by any stretch of the imagination, but this latte was damn good. 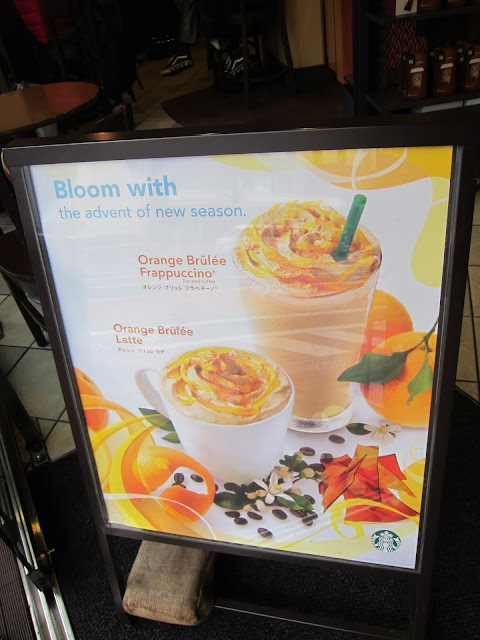 Alas, they has run out of the special powder for the drink, but I still got the orangey-caramel sauce. 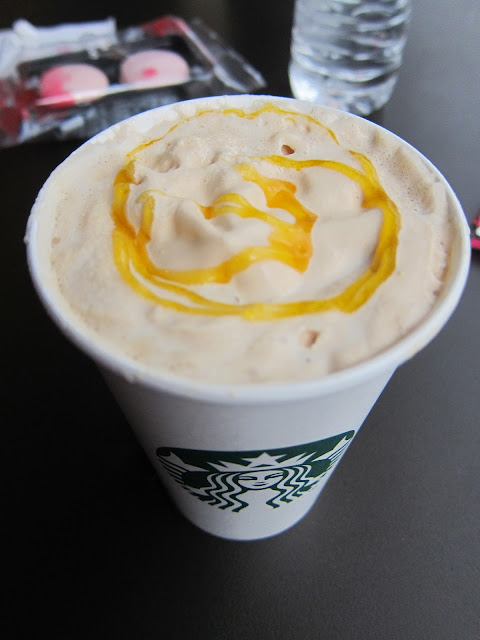 Spring time pastries at Starbucks are also inspired by the seasons. Notice the pink "sakura" cake in the bottom left corner, or the orange pudding thing next to it. 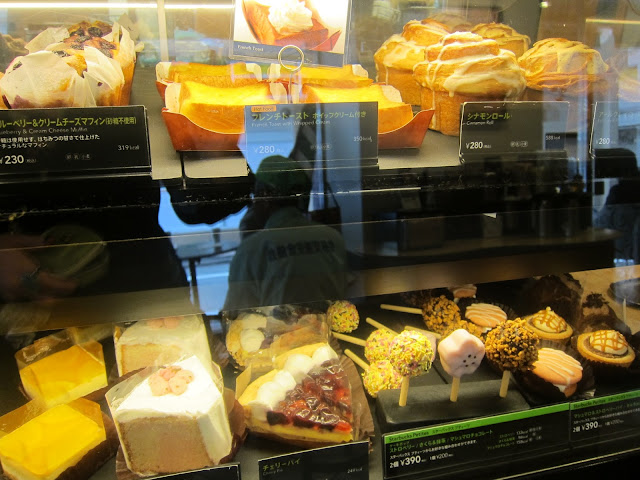 And of course I didn't forget about the ol' favorite, the Matcha latte. I see some people shaking their heads saying, "wait a minute, Matcha is just green tea, and we have green tea lattes in America." Oh my friend, but you don't. Matcha is like green tea on steroids, and Japan's matcha latte is far too "green" and too "tea" to be sold anywhere is America.... 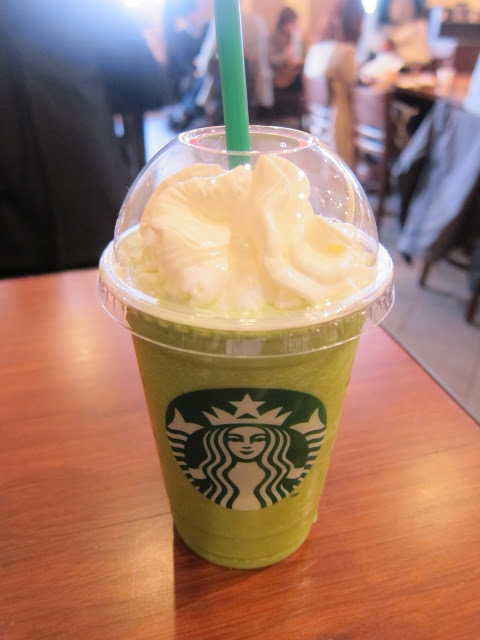