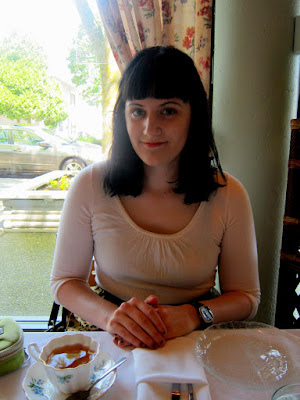 Time for another high tea! This time we're in Victoria, British Columbia. The default place to go to for tea in this city is the Fairmont Empress, which looks very impressive, but at $60 per person, I just couldn't justify the cost. I instead opted to try a homey, family-run tea house known as the White Heather, which was located just outside downtown. It was a thirty minute walk from the hotel through the sunlit streets of a quiet, suburban neighborhood.


This was a really wonderful experience. Not only did we get to try something "off the map" but we saw an entire part of town we would not have seen otherwise. As for the meal itself, it was quite nice. For starters, it ended up costing less than half of what the Fairmont Empress charges, and for the amount of food we received, it was really a bargain.  For tea, I ordered the Mad Hatter, with which I was quite pleased.  For our food, we ordered "The Big Muckle" which came on the traditional 3-Tier tray an consisted of way more than two people could possible consume in one sitting. Here I am, dwarfed in the presence of the Big Muckle. 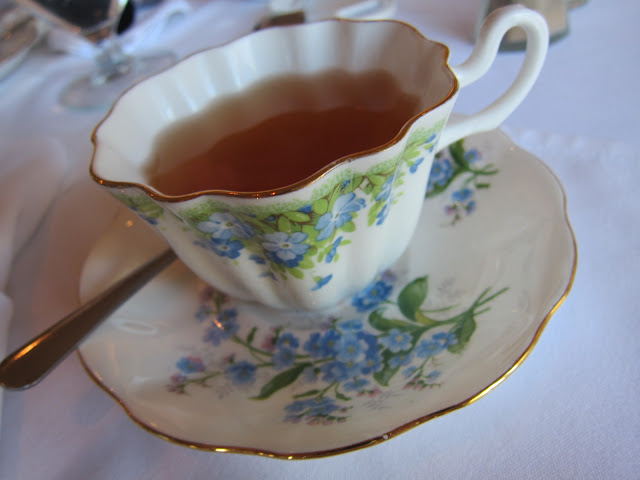