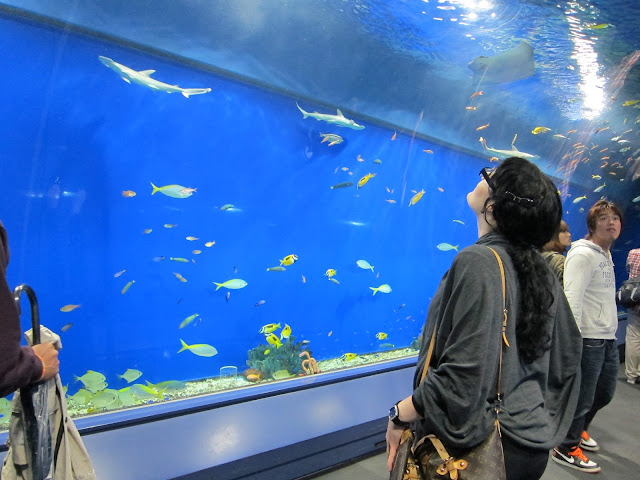 Alright, time for a pre-blog flashback. These images were taken when I visited the Osaka Aquarium Kaiyukan ((海遊館)  in 2010. This was the day after Halloween, and I had just spent the following night parading through downtown Osaka in a Unicorn suit. This day was a bit more low-key. It rained like hell in Osaka all afternoon and night. I walked into the aquarium wetter than the damn fish in the tanks. I had initially wanted to see the beautiful light displays outside the building, but by the time we arrived it was so dark and cold I snapped only a couple photographs before rushing inside. 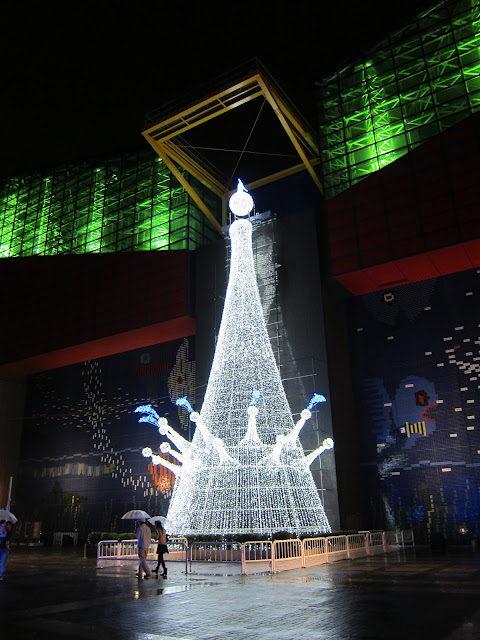 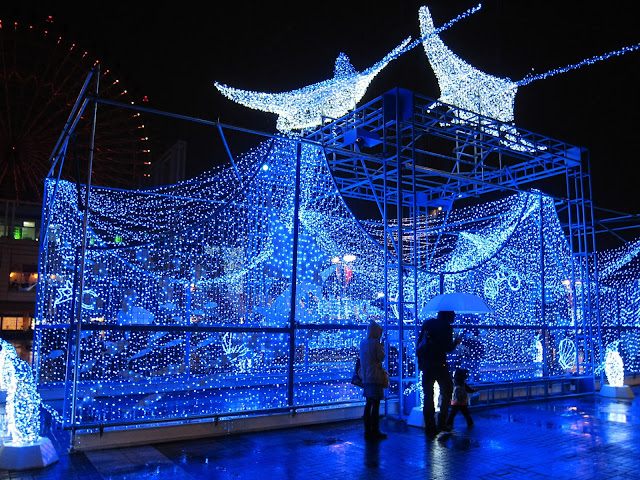 This aquarium was probably a big hit in the 90s, but twenty years later it looks a little dated. It also looks enormous from the outside, but inside your greeted with a monstrously long line, and crowds 5 feet deep in front of every tank. It is almost impossible to move or see anything inside the aquarium. This part is really annoying. Fortunately I'm still a foot taller than the entire population of Japan, so I managed to take some pictures over everyone's heads from the back of the crowd.
When I visted, the star of the show was this white porpoise, who was very cute, but I didn't get to photograph him because he was moving way too fast. Fortunately, there's plenty else to look at. 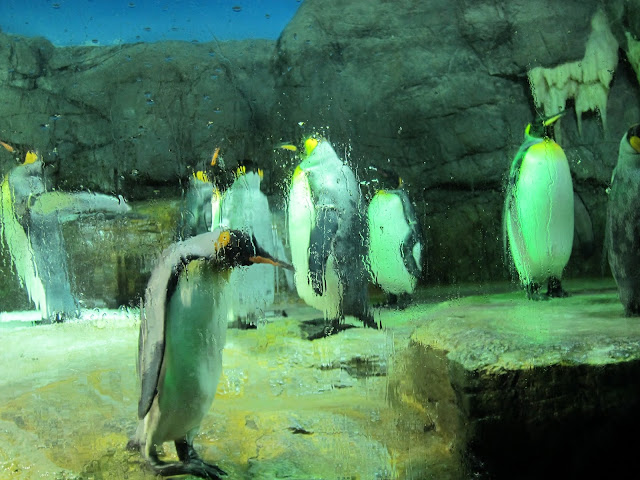 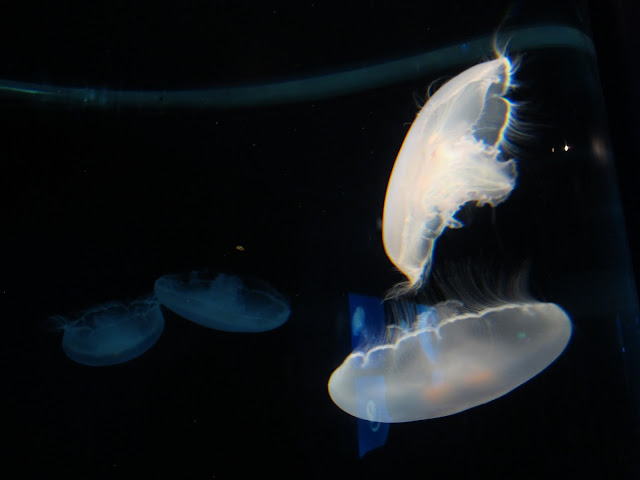 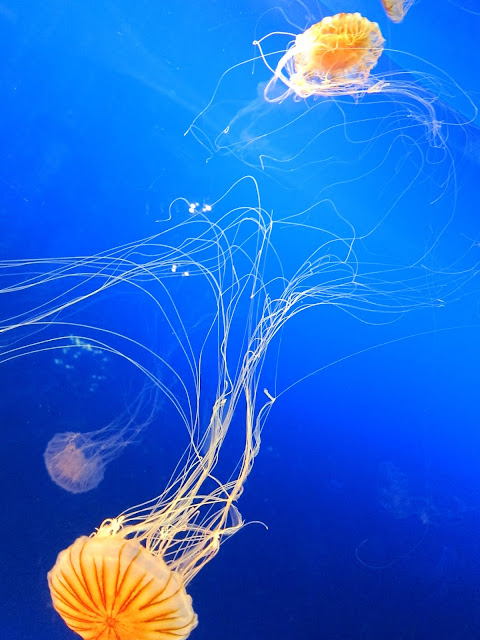 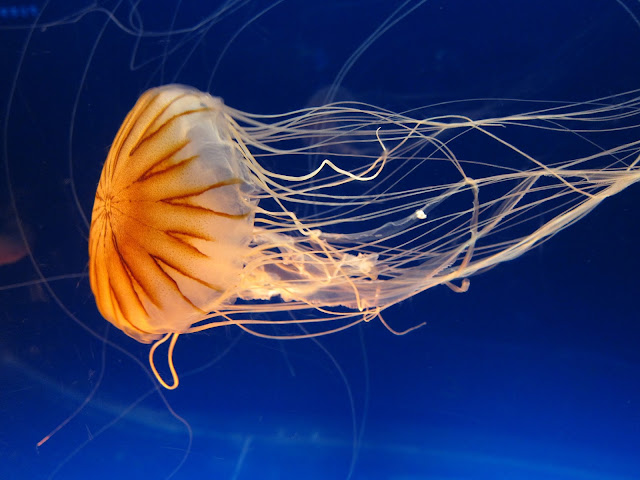 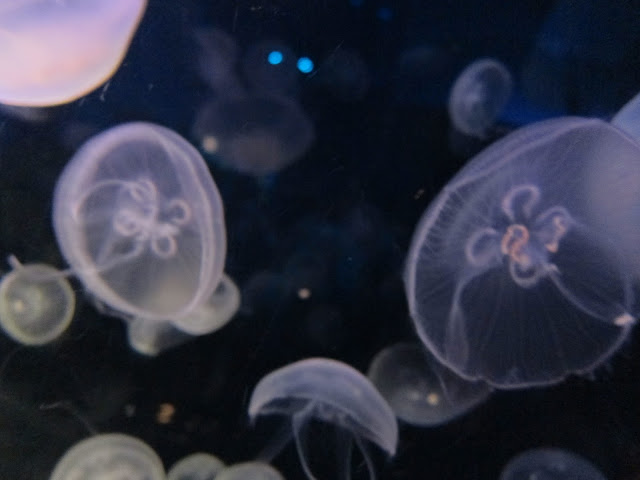