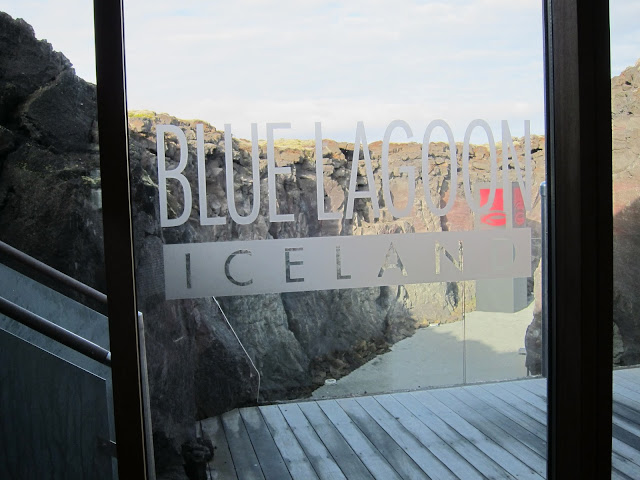 Alright, this is another thing I've been meaning to talk about for quite some time. The coolest thing I did in Iceland was also happed to be the first thing I did once I stepped off the plane. The Blue Lagoon.

Only a twenty (or so) minute bus ride from the airport, this geothermal hot springs resort is the thing to do in Iceland. Our plane landed at 6:00 a.m. local time, and I didn't feel like dragging my suitcase through the streets of Reykjavik for eight hours while we waited to check into our hotel. Knowing that this would be the case, I reserved seats for a "tour bus" (it's not much of a tour if they don't talk) to drive us to the Blue Lagoon.

Now the resort technically opens at 8:00, so when we arrived the only thing we could do was eat at the breakfast buffet in the restaurant. This ended up begin awesome. Not only were we the first people there, but we were also the only people there, so we could really enjoy the whole place to ourselves.

The food was seriously awesome. An nice, Scandinavian assortment of meats, cheeses, fish, eggs, and muesli. I also had coffee and orange juice. 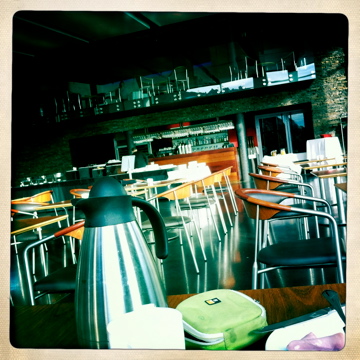 We probably spent an hour or so enjoying breakfast. Then we wondered around the complex before the pool opened. It was amazing to experience the resort empty. I took these photographs from atop the restaurant roof. 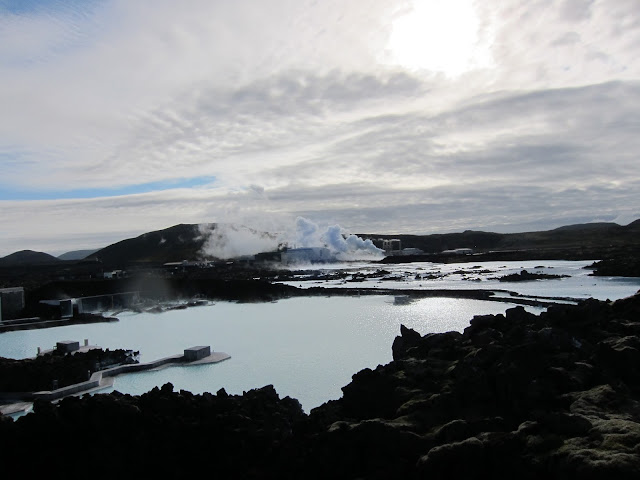 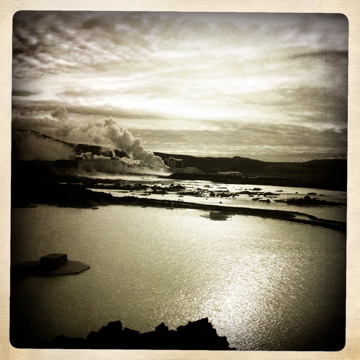 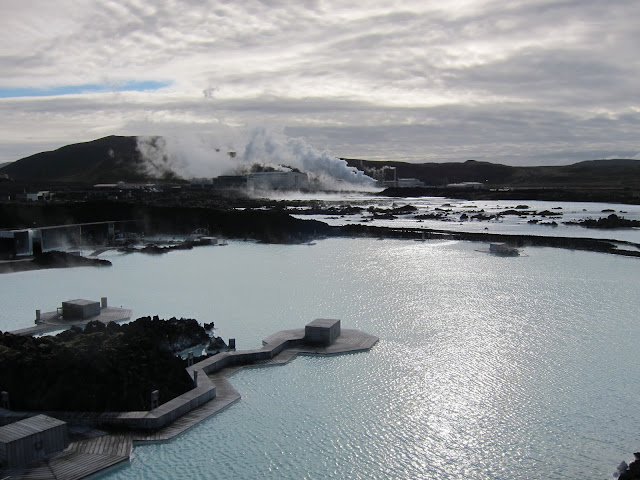 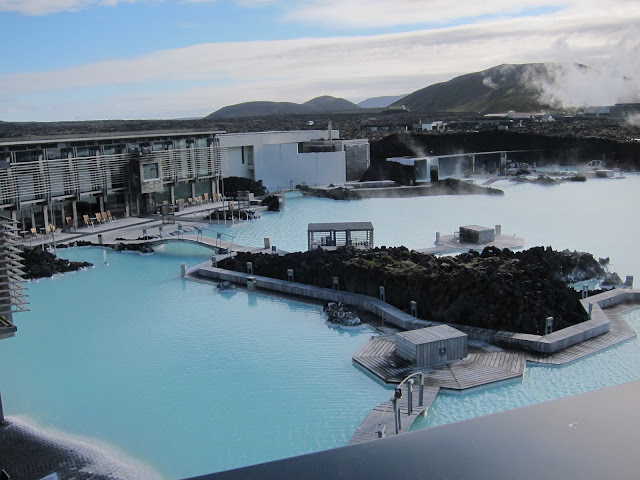 At first I wondered why I took the below image of the parking lot. Then I realized that this image is truly characteristic of Iceland's  geography. Notice how there are no trees, no grass, and just miles of flat rock and open sky. 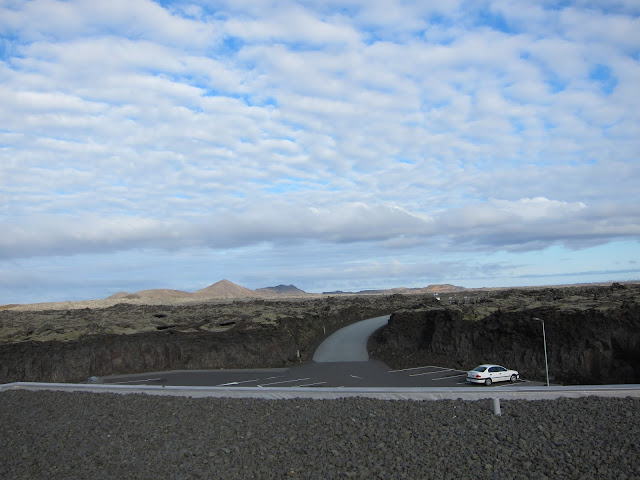 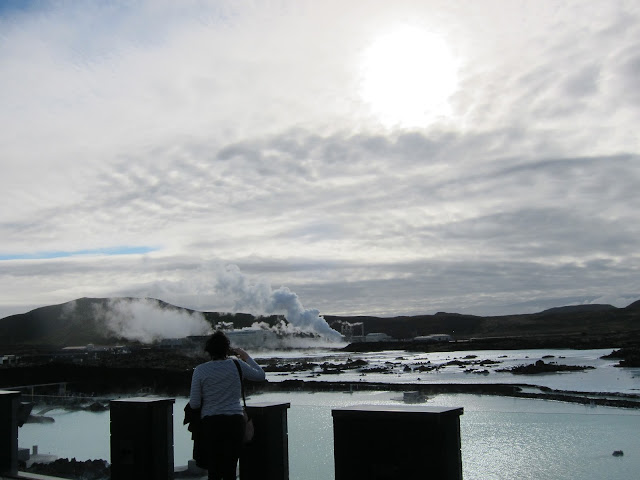 After we passed some time taking pictures and wondering around the complex, we changed into swim suits and  jumped in the pool. Just as the pool officially opened more people came out of nowhere, but the place was still sparse. We got our first pick of the lockers, and had plenty of privacy to change into swim suits. 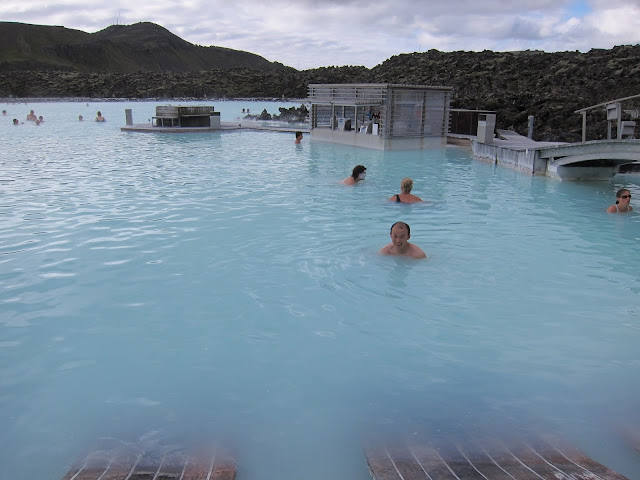 It was uncomfortably cold (around 45 degrees - which is considered warm in Iceland) so no one wanted to remain outside the water in a swim suit for long. It was so painful to have to step outside the pool and take this pictures.

We probably spent a total of three hours in the pool and facilities before taking off for the city. Mostly this was because I had grown very tired and cranky from our international flight, and I was anxious to check into the hotel. I could have easily stayed a few more hours though, but by noon the place was swarming with European tourists, so we fled before the crowds overwhelmed us. 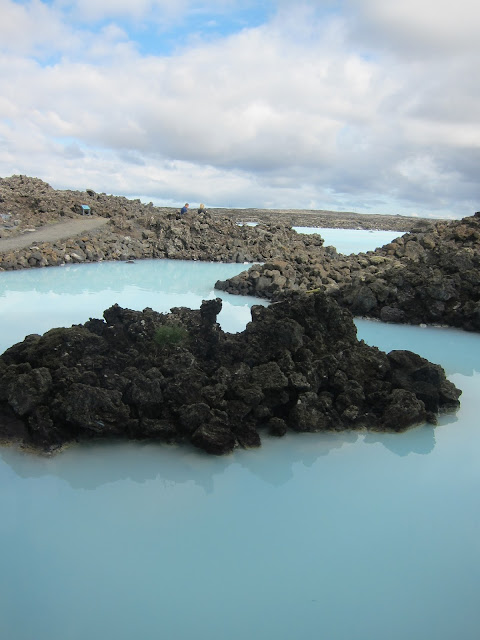 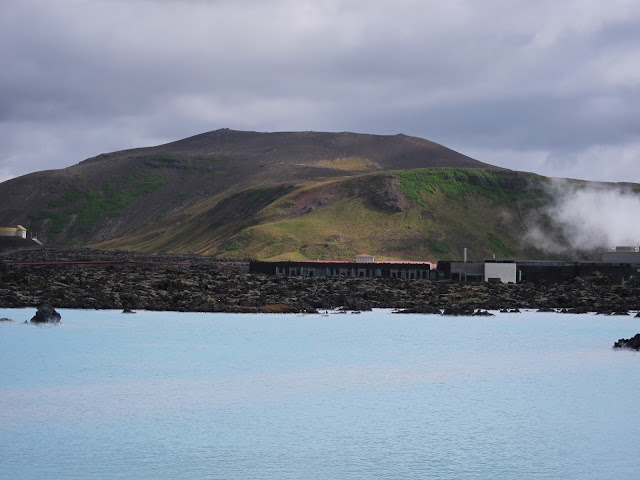 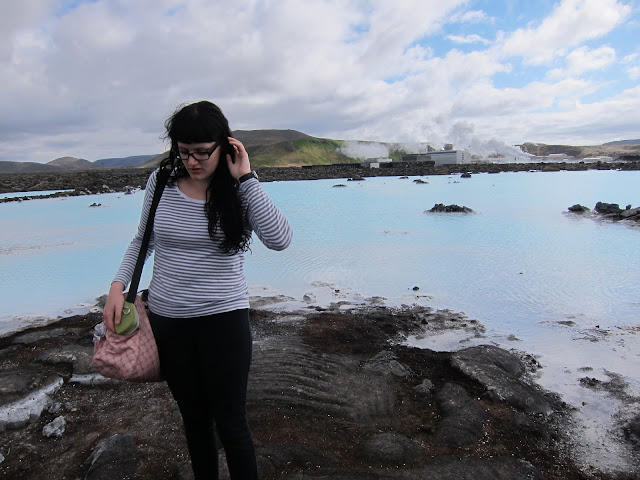 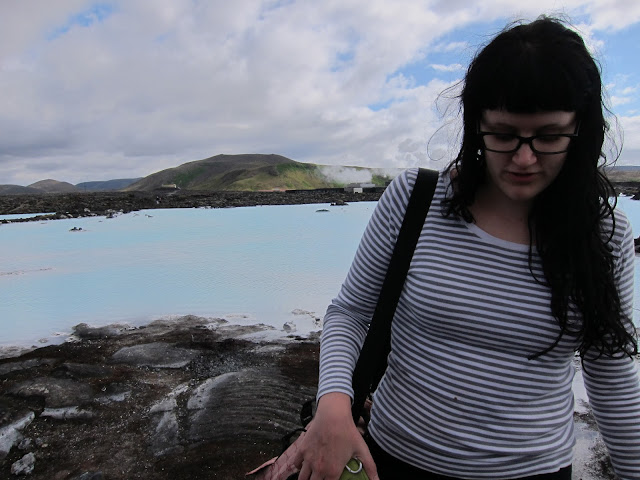 My hair got totally messed up in the water. I mean, I shampooed and conditioned it 5 times and it could still break the bristles off a comb. It felt like horse hay for weeks after the Blue Lagoon. This was the only negative aspect of our visit. I love everything about this place, and I want desperately to return, but next time, I'm bringing a swim cap. 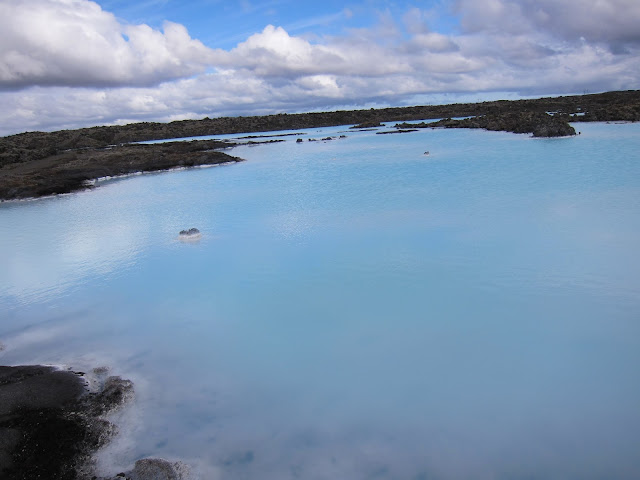 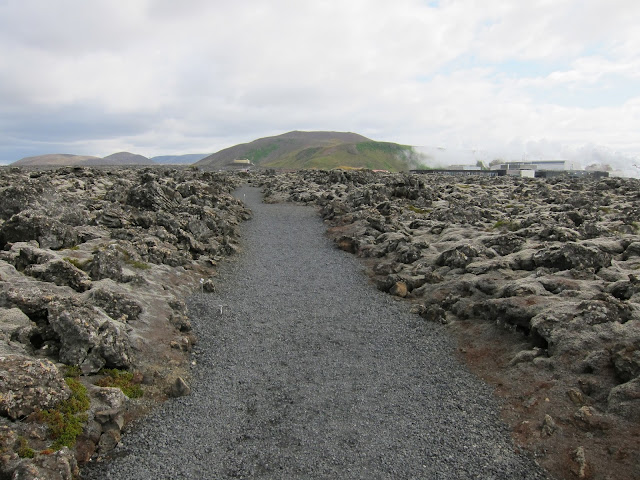 While waiting for our bus, we took a walk on trails surrounding the resort. Here you can see the details of this unearthly landscape. Having no vegetation, the landscape looks more like the moon than Earth. 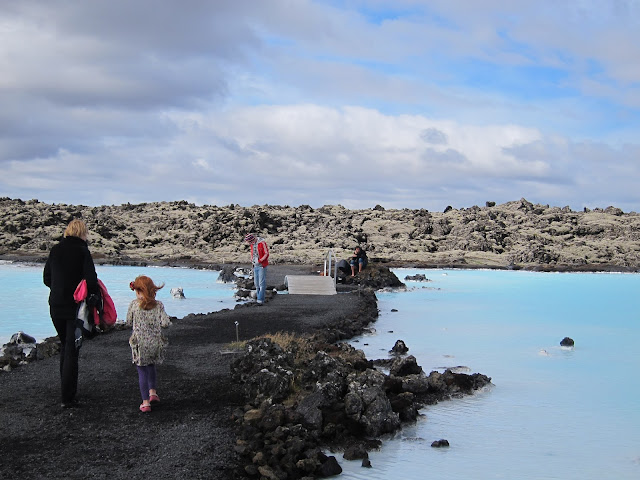 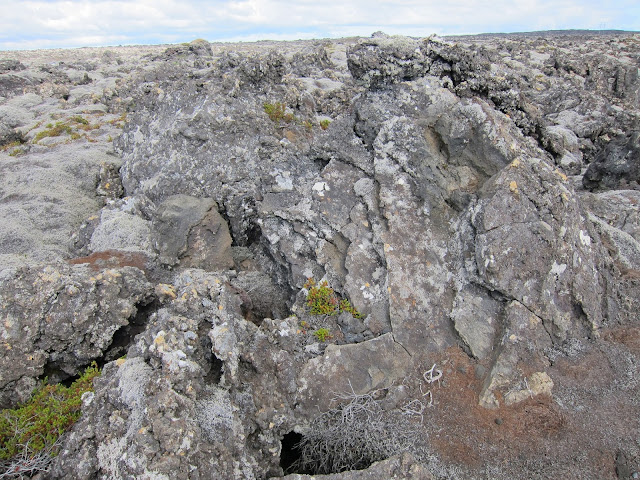