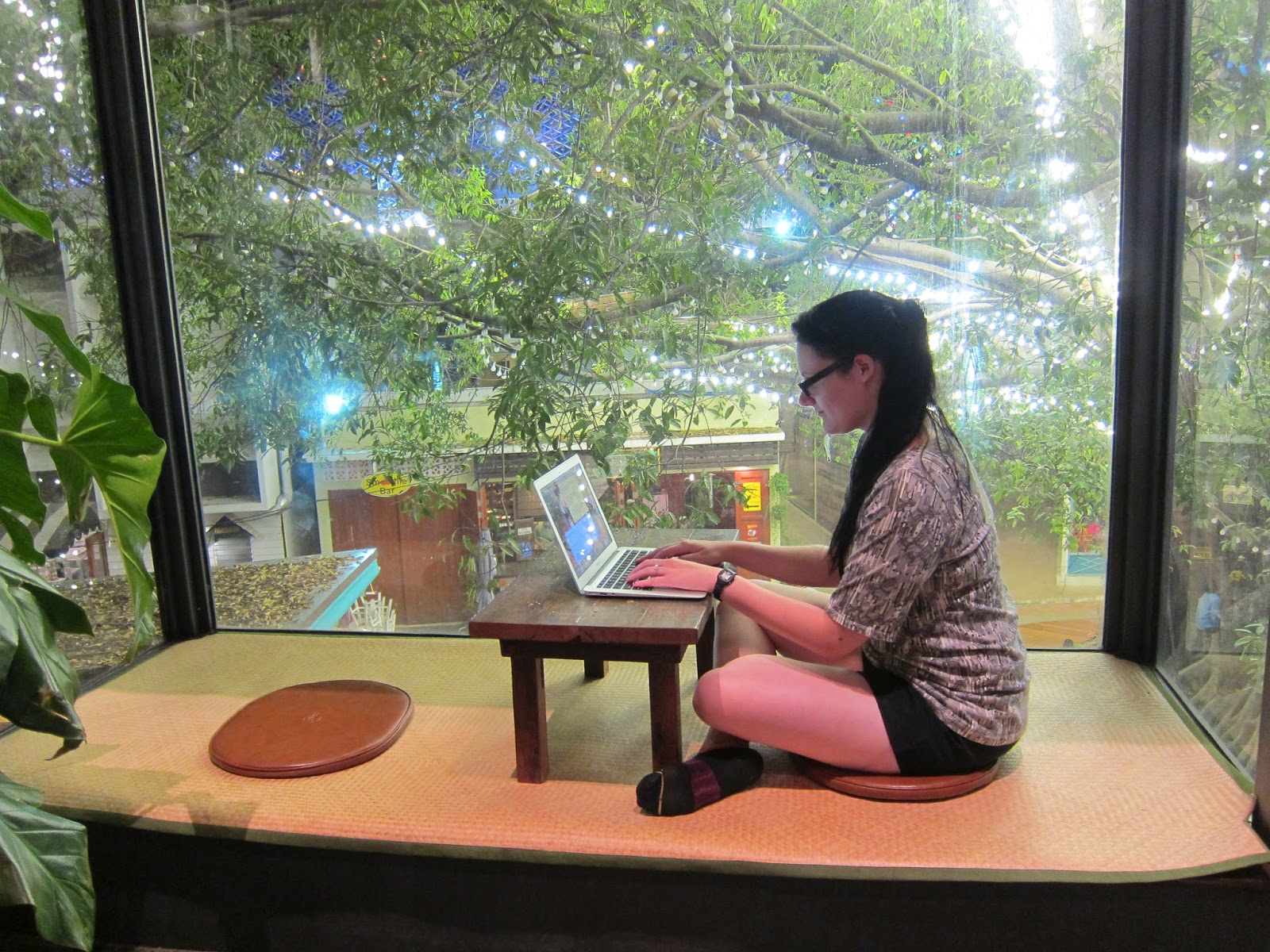 This year marks my second NaNo win, and it was much more anti-climactic than the first. Last year, when I completed my first NaNo in Shimane, Japan, I had a novel that was far from finished and had never written 50,000 words in one month.  It was an exciting new challenge for me and I met it with great effort and reward.

This year was different. Having already written over 50,000 words in November of 2013, then another 50,000 in August of 2014, I had no doubt about my ability to complete NaNo this year. I can definitely write that much…if I know what I am writing. The real challenge of this year was the fact that my novel was almost finished, and I was hesitant to begin a new one.

Here is how the month panned out:

I got off to a slow start in Myanmar. After several days of no progress,  I bit the bullet and started writing a few missing scenes in my first novel. Once that task was finished I went about revising scenes that had already been written. I didn’t want to double-count my words from last year, so I only counted the new paragraphs I wrote, or the ones that were practically re-written.  This was going well, until I hit a wall on November 16th. I was only halfway through the month and completely done with my first novel. Done. Done. There was nothing more to write or revise and just looking at it drove me crazy. I did not anticipate finishing it so soon, and I had a panic day in which I didn’t know how to move forward. I decided I would work on my second novel. I began it on the 18th, and had some good momentum going until I hit another wall on the 21st. Without having a vision for the complete plot, I had written some good scenes for my second novel but I still had no idea what tied them together. I couldn’t continue without crafting some strategic plot elements, and I was not ready for that. At this point I kind of gave up for a while and willy-nilly wrote a few things as they came to me. But that’s only  32,733 words. So how did I win this year?

Ah, well since my journey began I’ve been keeping a meticulous diary about my travels. The plan is for me to cannibalize this diary in my second novel one day, but in the meantime it’s a candid account of my day to day journey and philosophies. Since it is still a literary pursuit, I decided to count those words each day, which accumulated to 18,810. This brought my word count to a grand total of 51,543. Alright, maybe that’s not the most impressive thing ever, but sometimes “done” is good enough.

As this year presented new challenges to me in terms of my environment and schedule, I would like to note the following. I managed to accomplish NaNo while:


This year I did not have to forgo much because I wasn’t working and time was my oyster. Instead, I had to overcome some pretty significant creative and psychological hurdles.

1. I absolutely need structure and routine in order to produce. In my life thus far, these things have been organized around a typical 9:00-5:00 job. Having at least 40 structured hours in the week helps me to plan the other  128 hours. When my schedule is arbitrary it is all too easy to procrastinate and put off my own goals. I need to be held accountable by some other entity in order to successfully produce anything, creative or otherwise.

2. I cannot write while in physical motion. Simply put, I hate traveling. I like being in another place, but I don’t like the process of getting there. This has all but crushed my fantasizes of having a job that sends me around the world. I need to stay put in one place for a while in order to nurture my craft.

3. As long as I stay put somewhere, it doesn’t really matter where. I can write in noisy bars and cafes, or from the quiet solitude of my bed. My physical environment is not so much a factor as my psychological comfort. I cannot be stressed or sick or in motion. As long as I am mentally comfortable, I can write anywhere.

4. I don’t necessarily need to surround myself with a community of other writers, but it helps. I knew I would not have that here in Chiang Mai, but I wish I did. During this month I connected remotely with my fellow writer-friends in Japan and America, and I miss them. I miss talking about our stories and working out plot kinks through dialogue and discussion. Perhaps if they were here, or if I was there, I would not have hit the creative walls that I did.

5. I am a lot more flexible than I give myself credit for. When I was sick in Mandalay and didn’t write for days, I made up for it in Yangon. When hit a creative wall in Chiang Mai, I changed course and started working on a new project. When I hit a wall there I pivoted, and started focusing on my diaries. I can handle change. I can accommodate the unexpected. I just need a small amount of time to adjust.

Cheers to another year of learning and growing!