The wild. The weird. The wonder. The Mizu no Kuni (Country of Water) MUSEUM104゜

Nestled in the mountains of Shimane prefecture, I must have drove past this place a thousand times before I ventured inside on my very last day in Shimane. When I went in, I immediately regretted not going sooner. This is the kind of place I might have liked to go every month, if anything just to be there. I have no excuse for not going there sooner or more often, except that I knew too little about it to be intrigued. Indeed, if you google this museum in English or Japanese you will find almost nothing except its location – which is obscure - and opening hours – which are sparse.  Indeed, when I went there I had only an hour to spare, and I had to race through the enormous exhibits and sprawling landscape just to see it all.

Little is recorded on the internet about this wondrous place. Part contemporary art and part quirky science, it’s an odd blend of attractions.  The first thing to experience in the museum is the building itself, a sleek modern edifice, strangely complements the century-old homes and ancient landscapes that surround it.  It is technically located in the town of Sakurae, which is an unincorporated hamlet in the bigger town of Gotsu, which runs from the mountains to the mouth of the Gonogawa River. 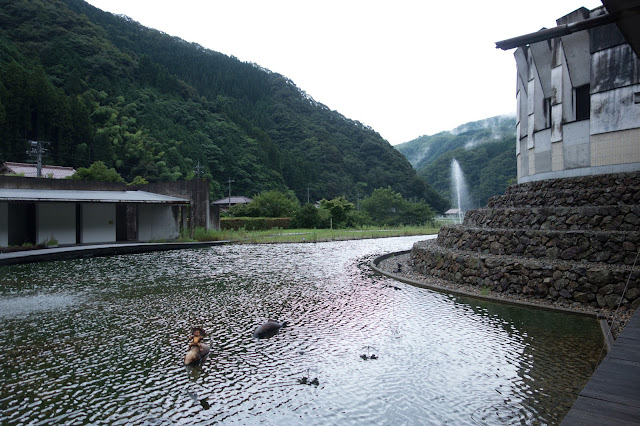 After looking at the outdoor exhibits, one ventures inside to see the modern art installations.

According to http://www.sakurae-kanko.jp,  the best way to describe this museum is "a facility that thinks, feels, knows, and enjoys 'water.'"
「水」について考え、感じ、知り、楽しむ施設です。

Why water is in quotation marks (in Japanese they look like 「」) is a curious observation. My reasoning is that the concept of water here is not merely physical. It is a place to explore water the metaphor, water the life-giver, water the destroyer. Many of the artworks were difficult to interpret. I should mention that the museum has not English language signage or literature, but even with that I'm not sure I would have understood everything.


One room of the museum was three floors and dedicated entirely to a single exhibit, which consisted of a film of slow-moving lights, accompanied by harmonious sounds, giving one the impression of being at the bottom of the ocean. During the exhibit, visitors climb up a shallow ramp, slowly ascending three floors, all the while viewing the light show and hearing the sounds from different angles. As you ascend, your perspective changes, and by the time you are at the top it is as though you are watching an entirely different show. The top is a dead-end, and you descend down the shallow ramp exactly the way you came.


The artworks stand in contrast the museum’s second building, which is set up like a kid’s science exhibit. I enjoyed being there alone on a Sunday, where I could play with all of the machines, making bubbles and whirlpools, and watching the power of water in it’s many forms.

Coupled with the total isolation of rural Japan, and the oddness of these exhibits, the Mizu no Kuni is definitely on of the strangest museum I have ever visited. Of course this place is not to be missed if you ever find yourself in Gotsu, Japan, and may well be worth a trip there just to see it. When the once-obscure Izumo Taisha has become a popular tourist destination, stay off the beaten path and make the pilgrimage to this place. 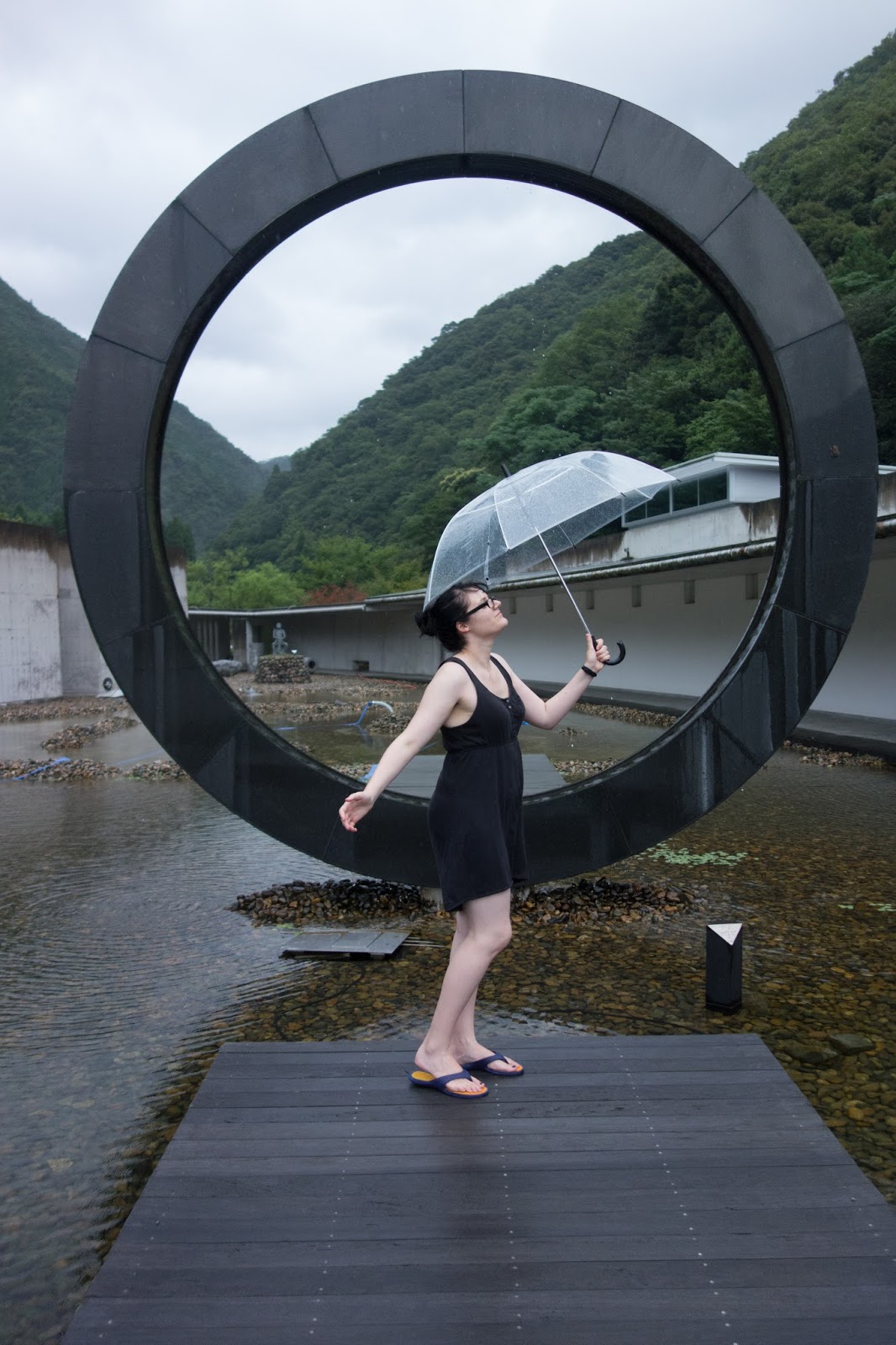