When I found out that the annual SIETAR conference would be held in Tulsa, Oklahoma I almost didn’t go. Tulsa, as a place held no particular fascination for me, but once I made up my mind to go, I was determined to find something redeemable about this little city. Turns out, I didn’t have to look very hard. Tulsa was a happening place! I found over eight cafes I wanted to visit and I made it to six.

All About Cha
All About Cha. I had seen it from the windows of the shuttle and was impressed by both its size and aesthetic. Something about it reminds me of the cafes in Malaysia. Maybe it’s the spacious interior, or the views of the road from commanding glass windows, or the couch seating. I felt like a foreigner when I first entered. I ordered the goguma green tea latte, which is made from sweet potato and green tea. It was exactly what I wanted. Sweet potato that I have not had since Japan, and the hint of green tea gave it the warmest flavor. I also ate a Korean bento box with bulgogi. A couple western modifications to it included the iceberg lettuce salad, cantaloupe-grape-pineapple fruit pairings, and heresy chocolate. 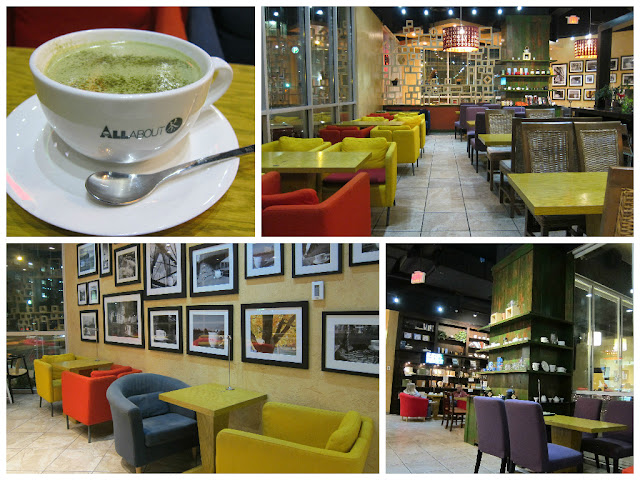 The Phoenix
Here was another café I made it to in my first night in Tulsa. I liked the Phoenix for its totally different vibe.  The counter was cleverly made from old books. There were hand drawings on the wall. The menu was inconspicuously drawn on a side wall. I ordered a drink called “The Pearl” which was a shot of espresso with condensed milk. I had to stir it for a ling time to get it to mix, but once it did it was wonderful. I liked working at the Phoenix because the music was barely noticeable, and the table and chair were their proper height for one another. 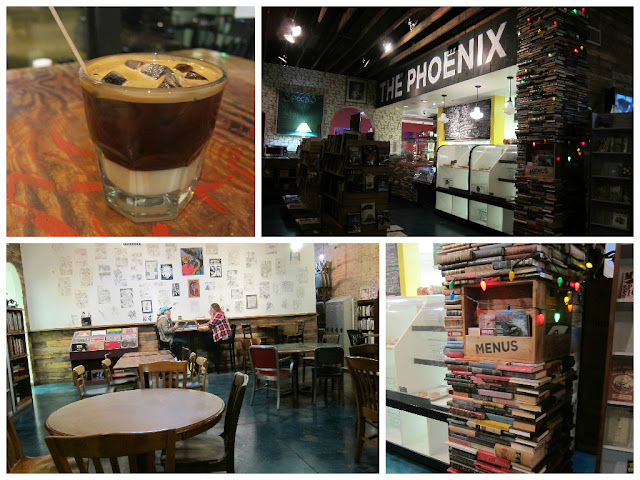 Topeca
Topeca is probably the most famous coffee chain in Tulsa, but it was my least favorite. My lattes were unmemorable and nothing on the menu was unique or appealing. They used Monin syrup instead of homemade syrup, and I was generally not impressed by the atmosphere which felt a little to commercial. 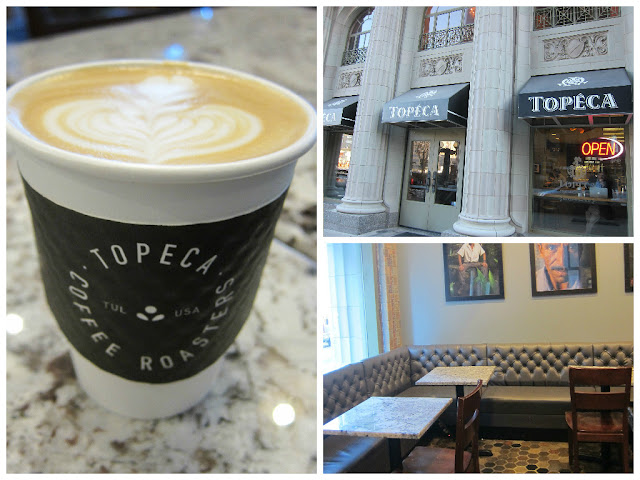 Hodges's Bar
Hodges's is listed as a cafe, and truth be told they do serve coffee, but it's really more of a bar. I went there late on the night after the presidential election results were  announces to nurse my drunken stupor. I wanted to order coffee, but the bar atmosphere steered me towards alcohol. So I compromised - Russian Tea - basically tea with vodka. Coffee House on Cherry Street
My favorite café, and perhaps my favorite place to be in all of Tulsa. It wasn’t the ambiance or even the delicious Drunken Chimpunk latte I ordered (which is espresso, vanilla, milk, irish cream, and hazelnut). It’s the people. This is where the young and hip of Tulsa hang out. Finally I found them. I really liked the vibes at this café. The music was upbeat, none of the chairs match, everyone looks like they have something cool to do. 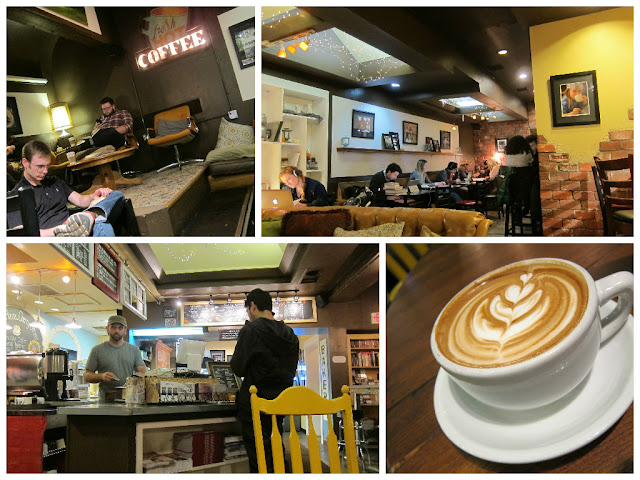 Foolish Things
This is the most Portland-esque of all cafes with a very industrial feel to the space just outside of downtown. I ordered a Fall Spice latte which was the perfect texture. The spice was also a festive blend of nutmeg, cinnamon, cardamom, and others. 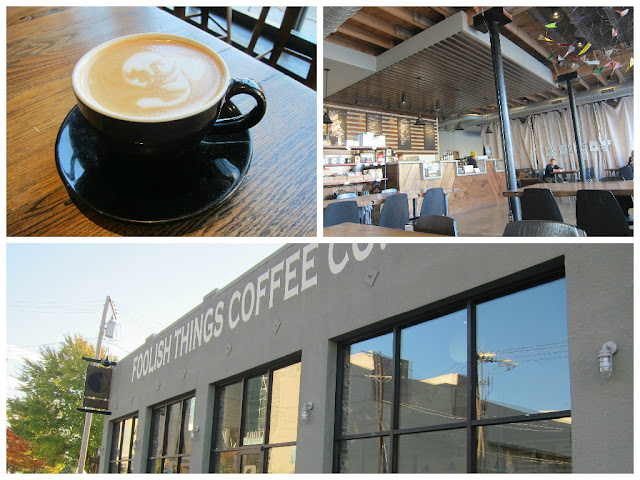 Didn’t make it to: 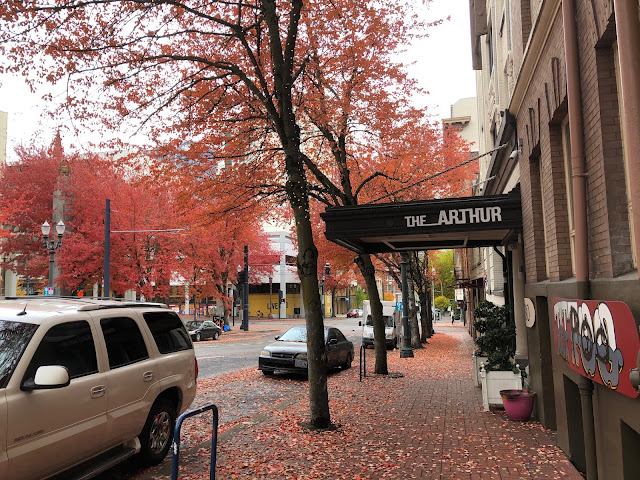