What Did I Eat in Myanmar?

I had some spectacular meals in Myanmar, but unfortunately, street food was not among them. The sanitation standard and pollution of the street makes street meals undesirable. However, in a city like Yangon there is is no shortage of impressive restaurants and unique cuisines.

Fruit Juices
Fruit juices were amazing and fresh in Myanmar. Orange, Pear, Watermelon, and Tamarind were among my favorites. 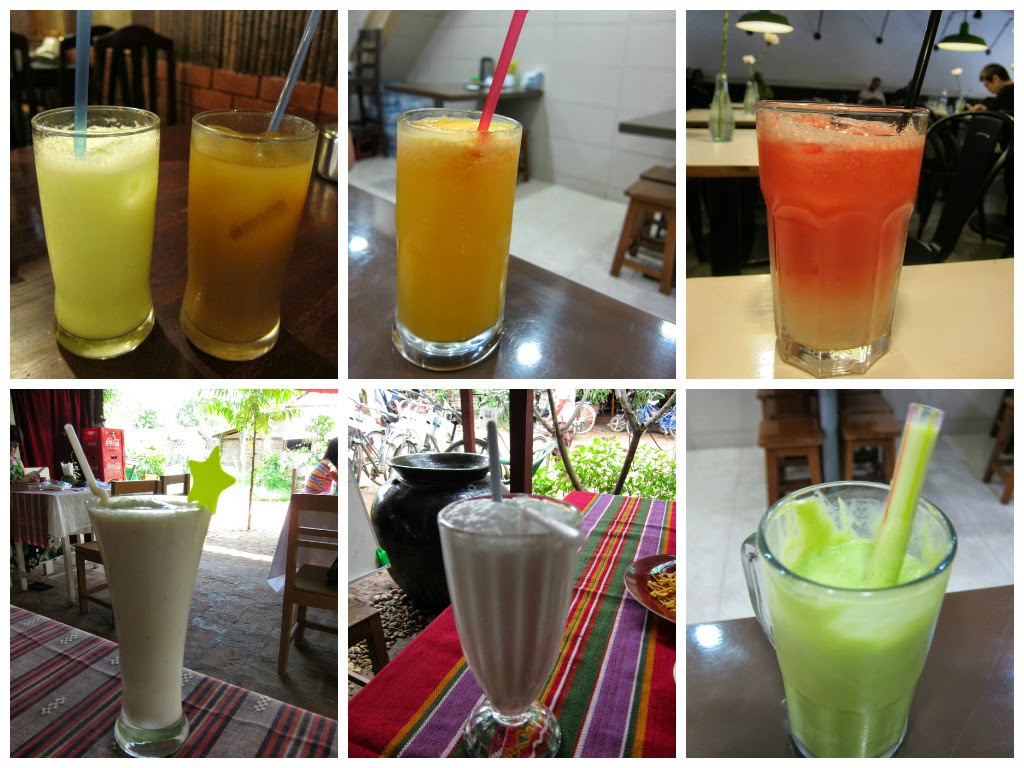 Myanmar tea
I like mine strong and sweet. Made with condensed milk and evaporated milk, this is really the best milk tea in the world. 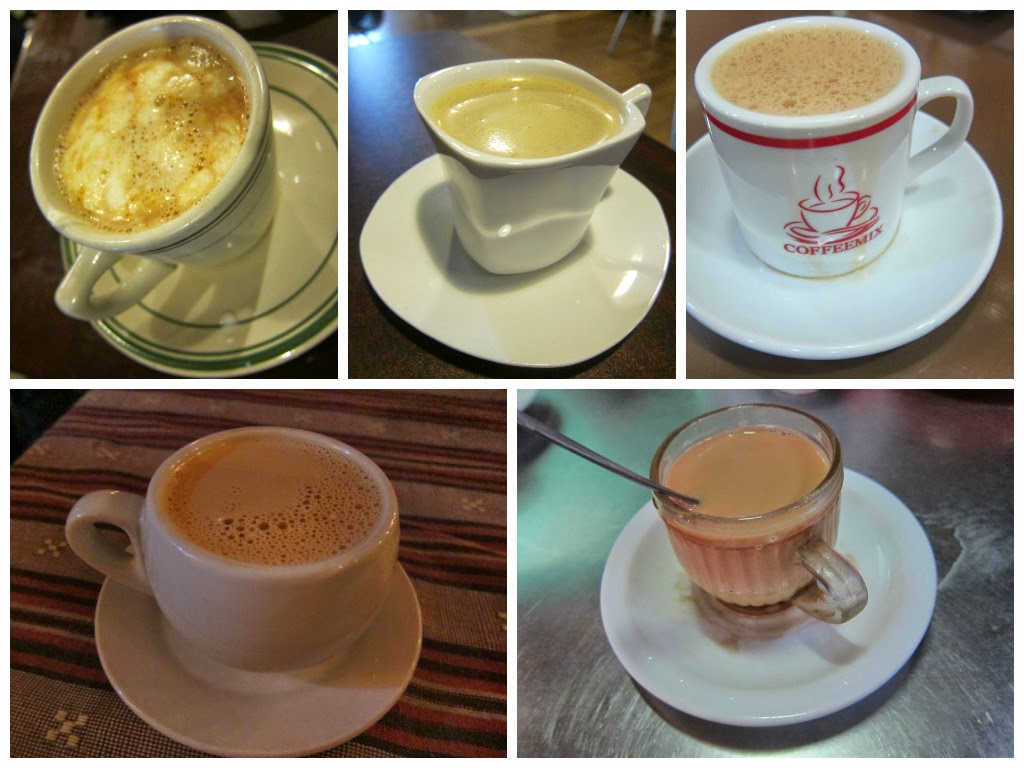 Shan Noodles
You don’t need to travel to the lawless Shan province to try these amazing noodles. Now they are available at 999 Shan Noodles in Yangon, a friendly if not quirky family restaurant. They offer at least four options for noodles sauces, oil being my favorite, though they are all fantastically flavorful. 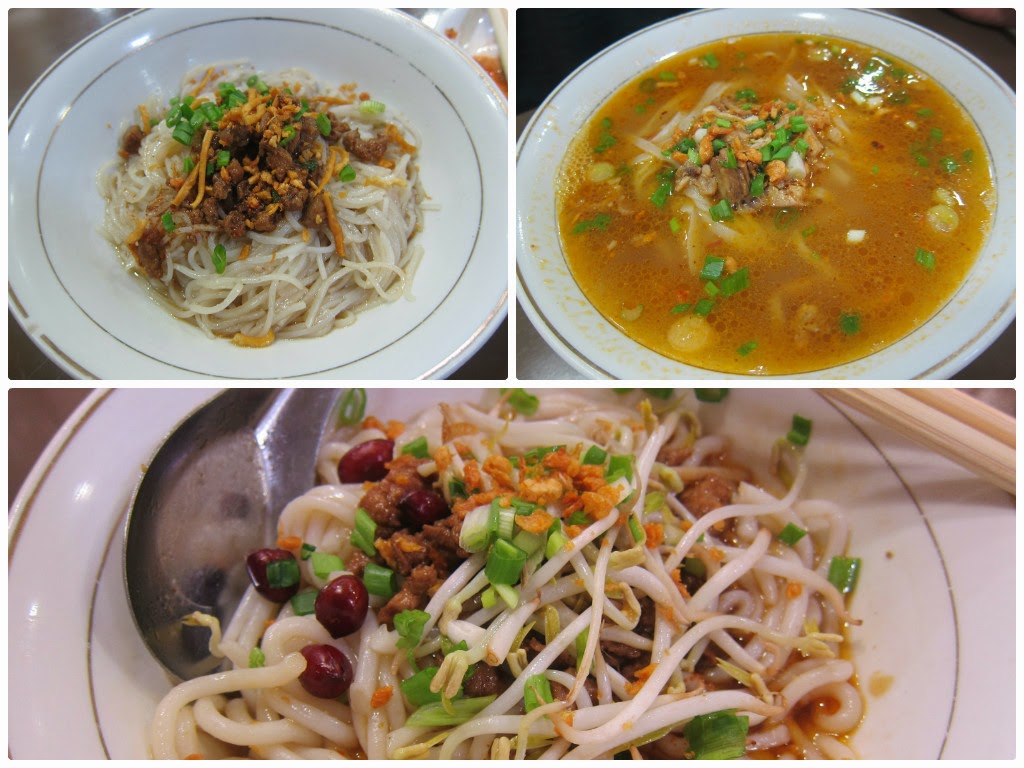 Traditional Burmese curry and dumplings
I sampled many traditional Burmese foods at a variety of restaurants. It really tastes like a cross between Indian and Thai. The curries are fantastic while lacking the hot spice of Indian food and the sugary sweetness of Thai food. It really is in a class of its own. Some of the dumpling remind me of dim sum, but the flavors are not like anything I’ve had in East Asia. 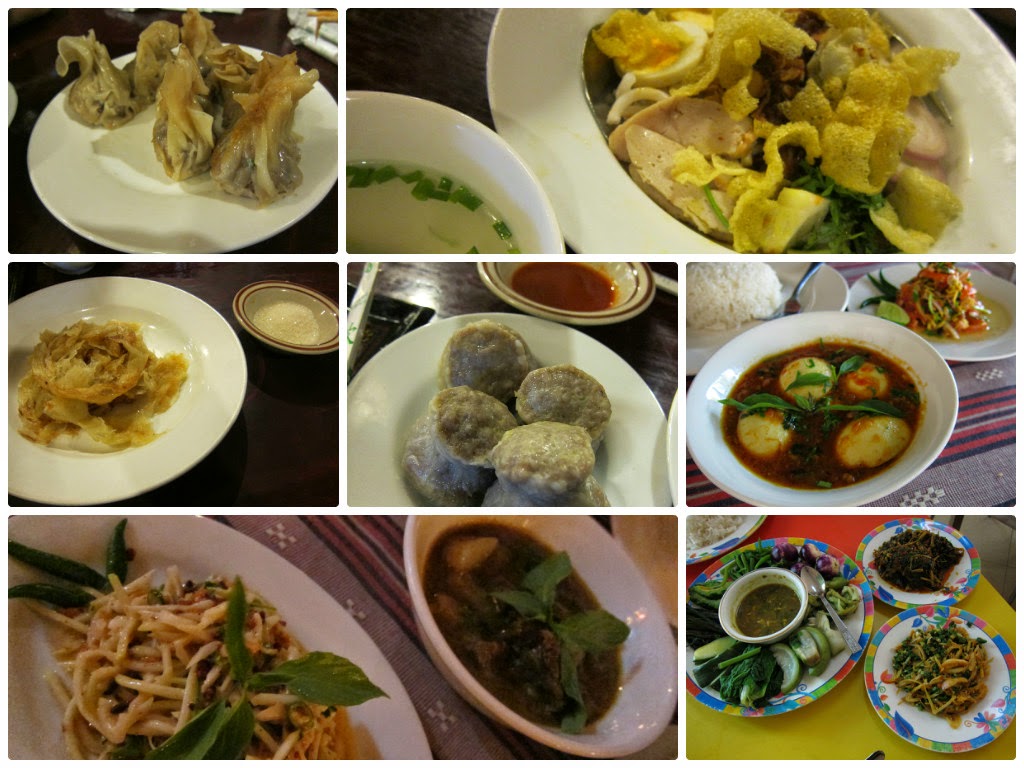 Traditional Burmese desserts
I tried many local desserts  at the Shwe Pu Zun bakery in Yangon. My favorite was the Faluda, which is a tapioca-like drink. The breads were interesting, but that stuff that looks like coconut or  white chocolate shavings is actually shredded cheese! Werid! 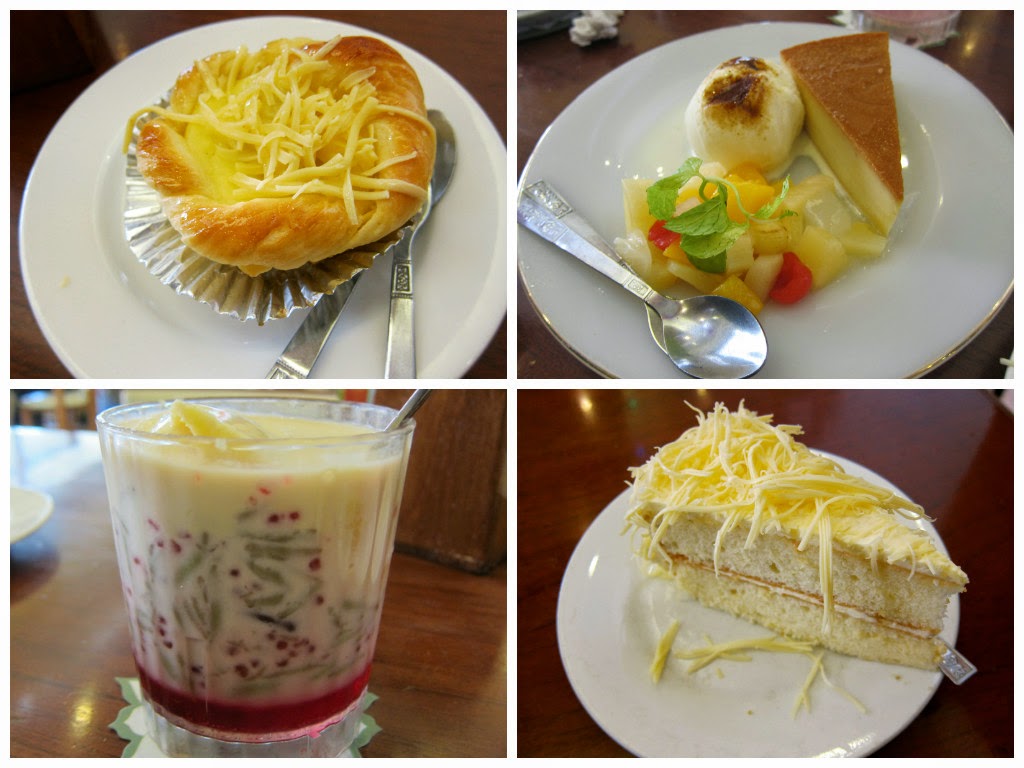 Western Food
I ate some of the best western food in Myanmar. The cheese burger  and chocolate cake at Weatherspoon’s in Bagan was excellent. The guacamole I had at a vegetarian restaurant in Bagan was also fantastic. I was even able to have quesadilla at Coffee Circles in Yangon. 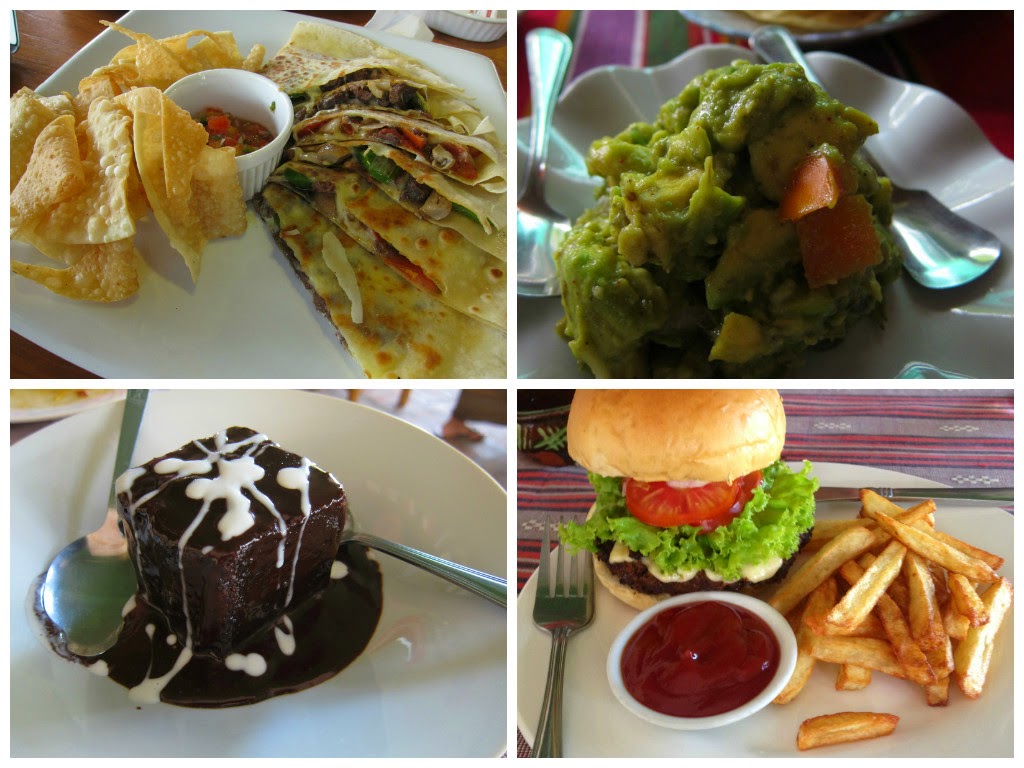 Email ThisBlogThis!Share to TwitterShare to FacebookShare to Pinterest
Labels: 2014, Food, MYANMAR, SE Asia Hop, What Do I Eat?