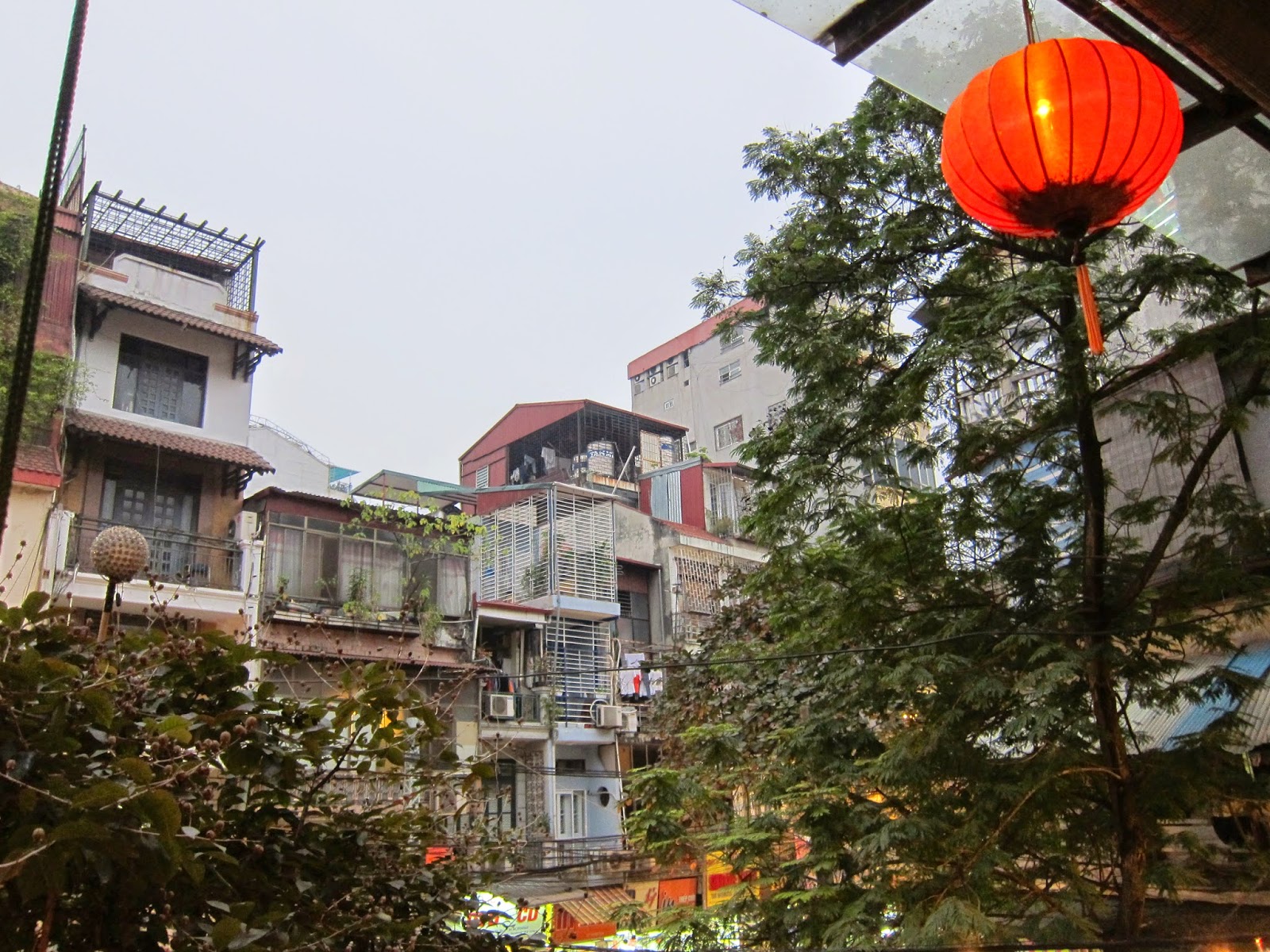 I’m sitting on the second floor balcony of a cafe in a busy intersection. The street is shaped like a starfish and we are in the crevice of one of his limbs. In the  morning an incense shop caught fire and perfumed the entire city. I arrived to find only a pile of wet twigs in front of the three-story building. A lone fireman still not he top floor, spraying rusty brown water on the sopping wooden mess below.

Now it’s dusk and the sky is the color of ice. We didn’t see the sun all day due to the fog or the smog, not sure which it is. Everything in the city has a halo in the distance, as though I’m looking out of wet eyes, and the view is slightly better above the surface of the water than below. The sky dims slowly, but early here. It’s not even 5:30 and already I could start using phrases like “after dark.” A brass band of car horns rises from the street below. In the pauses between each piercing trumpet is not silence but the purr of engines, a soft rhythmic drumming. One would hope that as the sky softens the melody would as well, but it doesn’t. As if inspired by the darkening skies the lights flick on and the sound intensifies. When the light evaporates, the music rises to reclaim it’s place.

First impressions are powerful. They also cannot be planned nor are they things that can be prepared for. I would have liked to arrive in Hanoi in the daytime, after having spent seven days in Vientiane and having nothing to do on the last day but pass time, I would have liked to greet the city in it’s daylight hours. To see clearly the streets on which I road for the airport into the city. To have dinner at a proper restaurant and maybe even pass the evening at a cafe. But instead I arrived just after 9:00 pm. Even through the tiny airplane window in the darkness I could see that everything was fuzzy. We didn’t leave the airport with our driver until nearly 10:00 pm. The road was wide and edged with orange lights for miles. Beyond that though was darkness, it could have been wilderness and I wouldn’t have known. Unable to see beyond the road to either side, I was mystified.

When the driver fastened his seatbelt I was immediately wishing that mine worked in the back seat. His driving was not erratic but concerning in some ways. He followed close behind cars, cut them off in narrow passageways. He was predictable at least, and I somehow felt that if I focused carefully on his driving I could control it. As though watching him drive would save us from an accident. The driver’s horn sounded like an oboe. A gentle, pulsating sound with varied notes. I almost wanted him to use it. I waiting in anticipation for someone to leap in front of the car so the pretty oboe could be heard again.