What Did I Eat in Laos?

I knew nothing about Lao food before entering Laos so this was my chance to discover something new. I ate many things in Laos, including a lot of western food, but these were my favorite dishes which I found were unique to the country.

Larb (also spelled larp)
Larb is basically a minced meat salad with mint, ciltanto, and chili. I also had this dish in Thailand, so I thought it was Thai, but apparently this is the national dish of Laos. The best larb in all of Laos is found at Lao Kitchen in Vientiane. 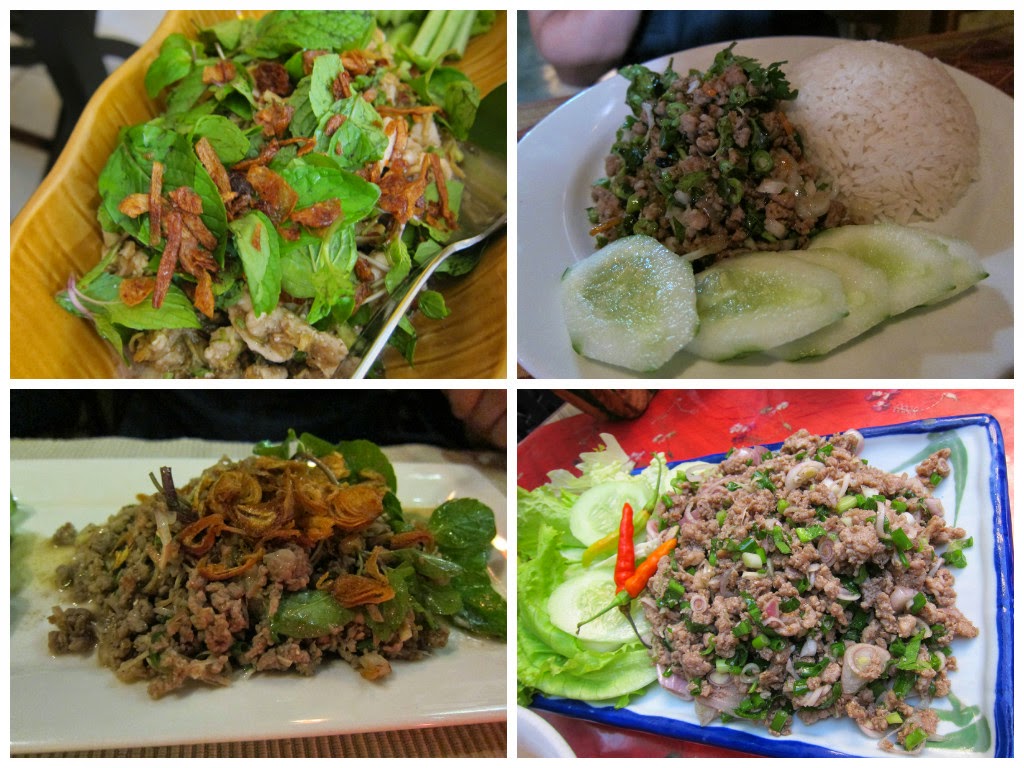 Sapodilla shake
I first met Sapodillas in Pakistan, where they are called "cheeko." One of my favorite treat in Pakistan was a cheeko shake, which was a blend of sapodilla fruit and milk (or ice cream). I heard they grow all over SE Asia, but I Laos was the first place I saw them. Once I had one shake, I had to have more! 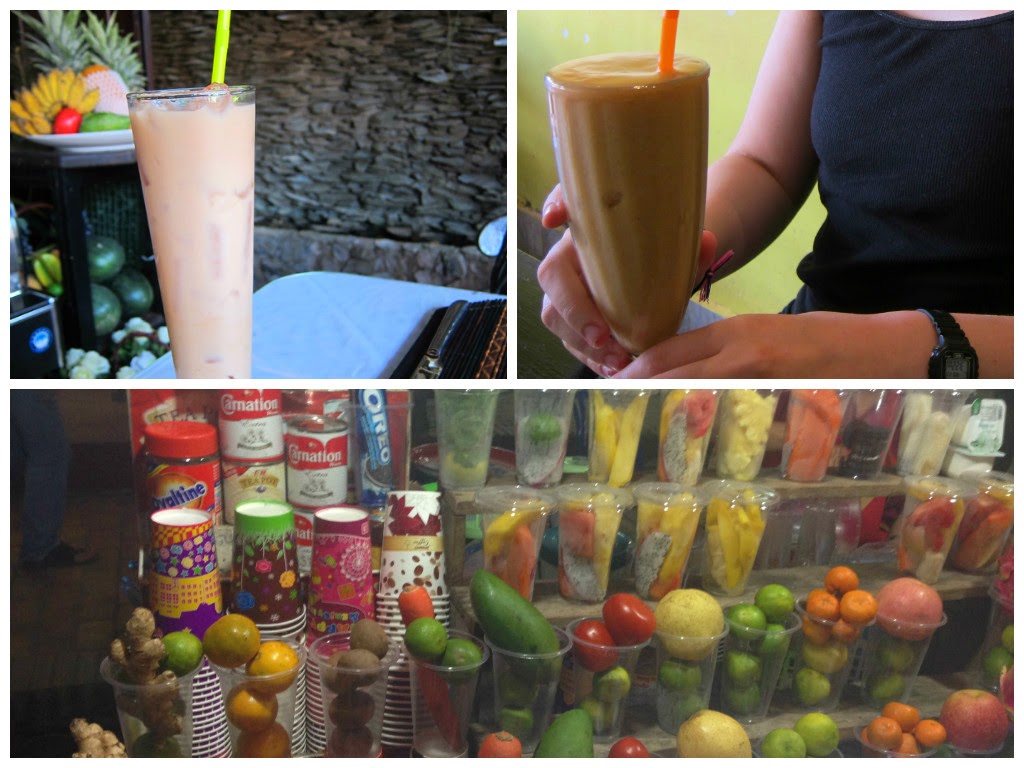 Papaya salad
Shredded, spicy green papaya is my favorite food. I ate tons of this in Thailand, but Laos has their own version which is unique. 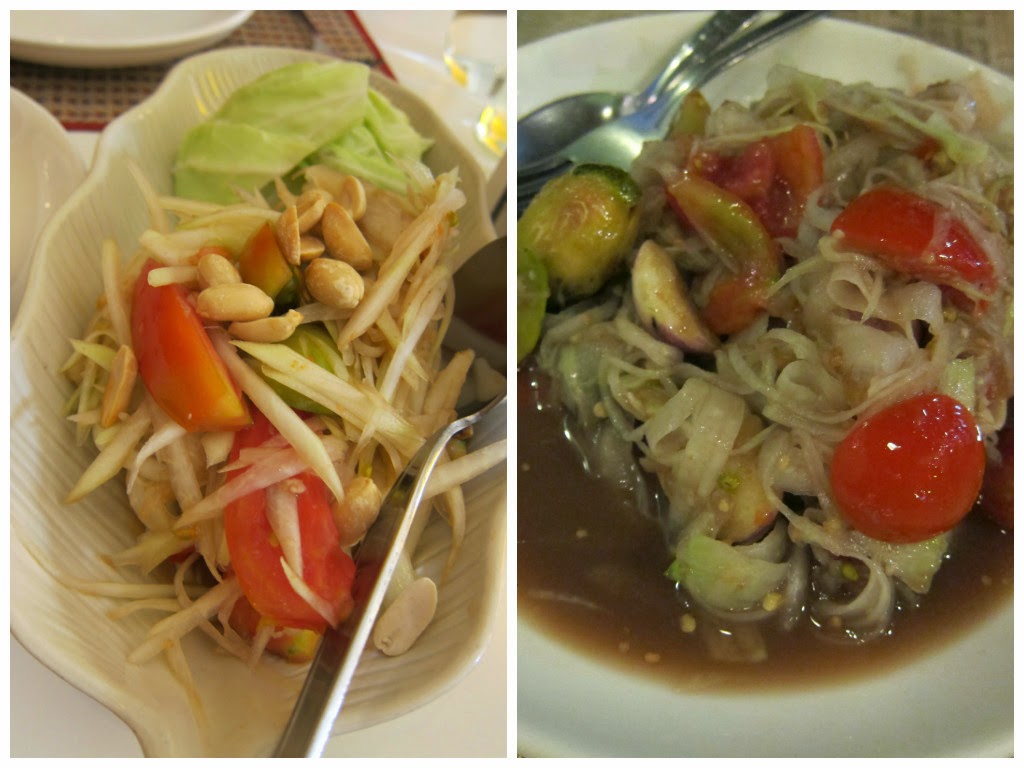 Baguette Sandwich
I was expecting something like a bahn mi when I first ordered one of these in Luang Prabang, however., the Lao version is much more western. Mayonaise, ham, and cheese are some of the common ingredients. 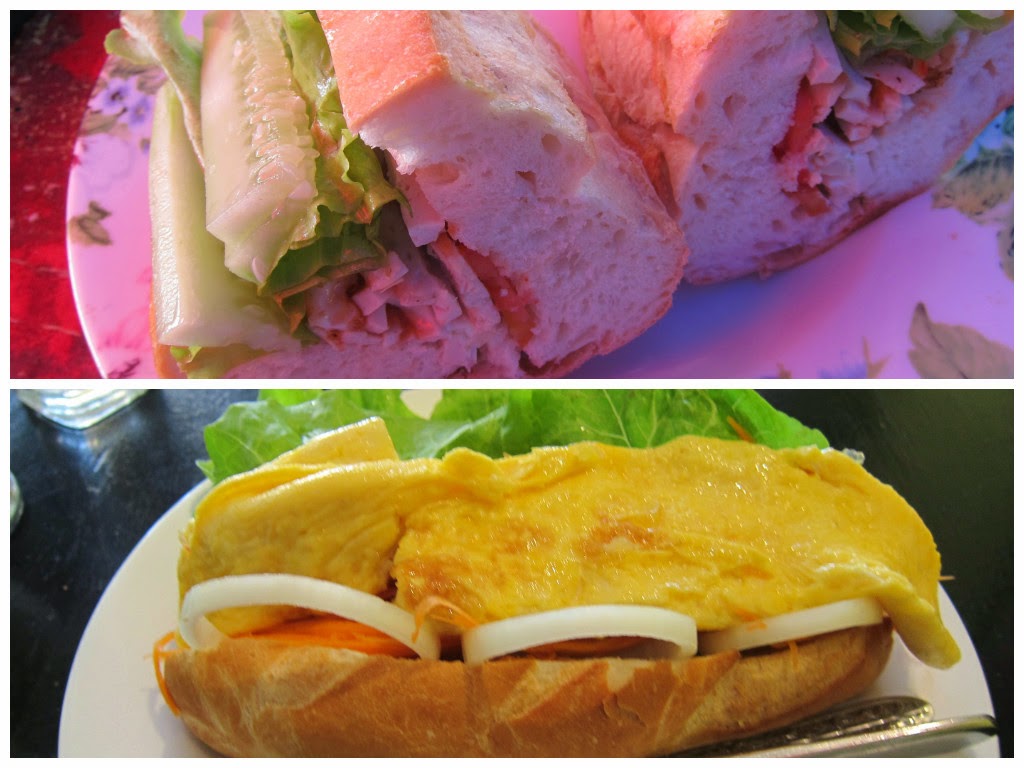 Sausages
Laos has their own version of pork sausage which is fragmented with many spices and herbs. I ordered sausage in many restaurants but the best place to get it is right on the street. 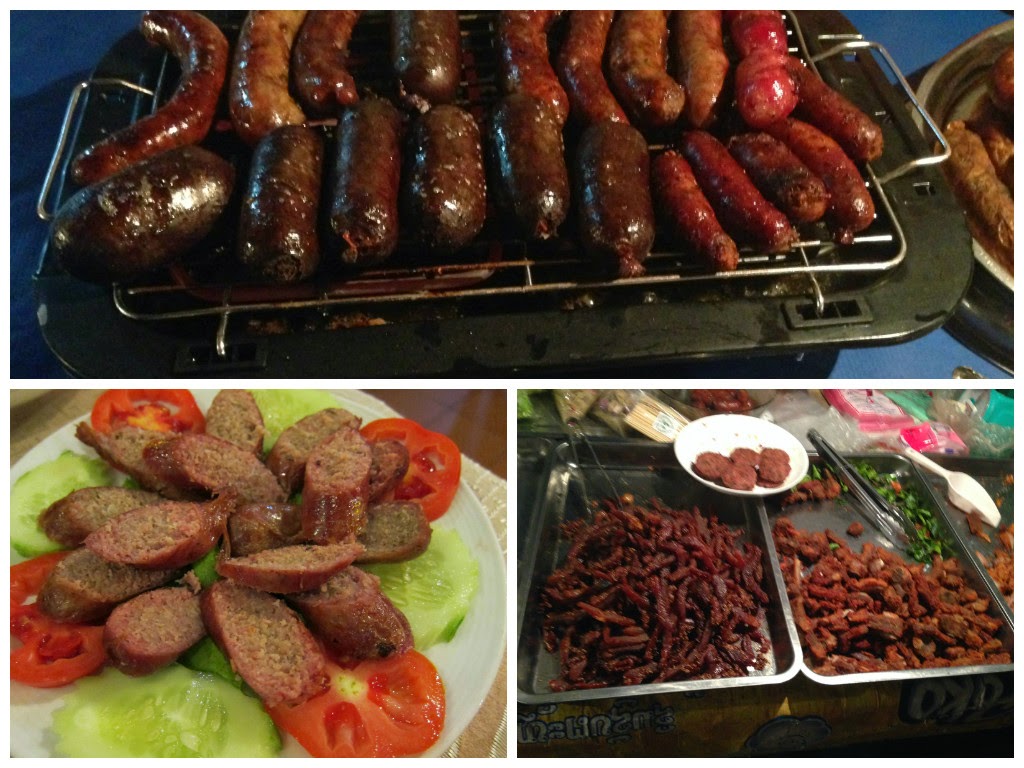 Street Food
Luang Prabang has one of the most amazing night markets in all of Asia, and what makes it so is the long narrow ally of street food. I sampled many things on my walk through, grilled squid, stir-fried noodles, spring rolls, and that was just a fraction of what was offered. 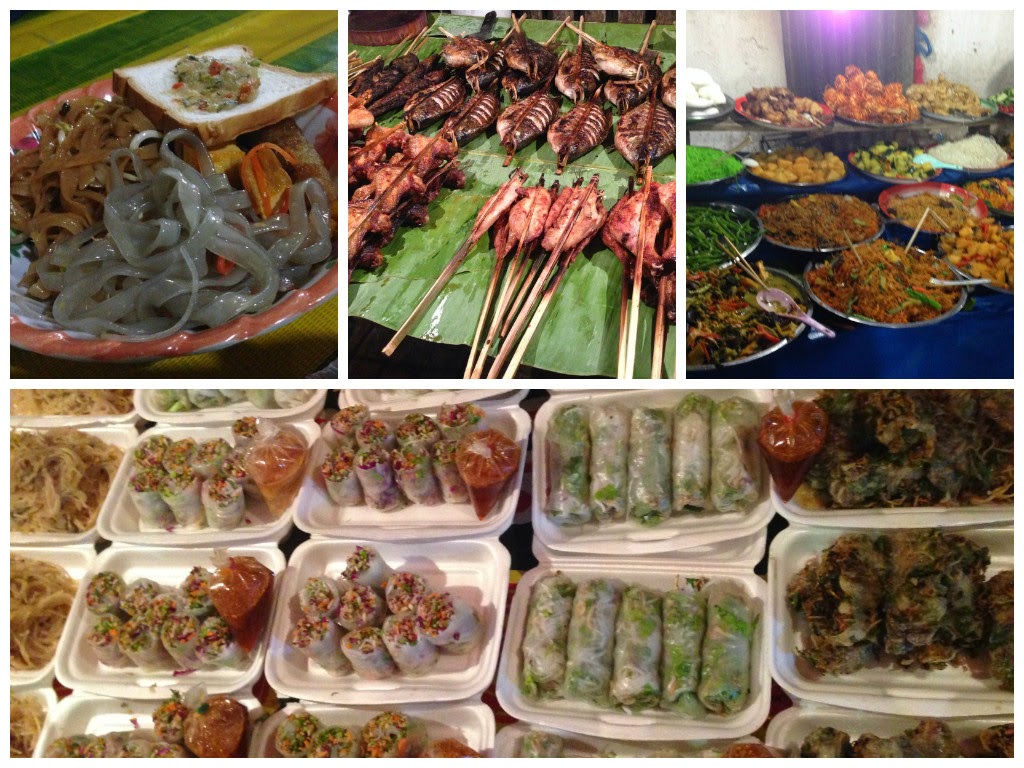 French Pastries
Vientiane is home to the famous Le Banneton patisserie, where I indulged in croissants nearly everyday there. 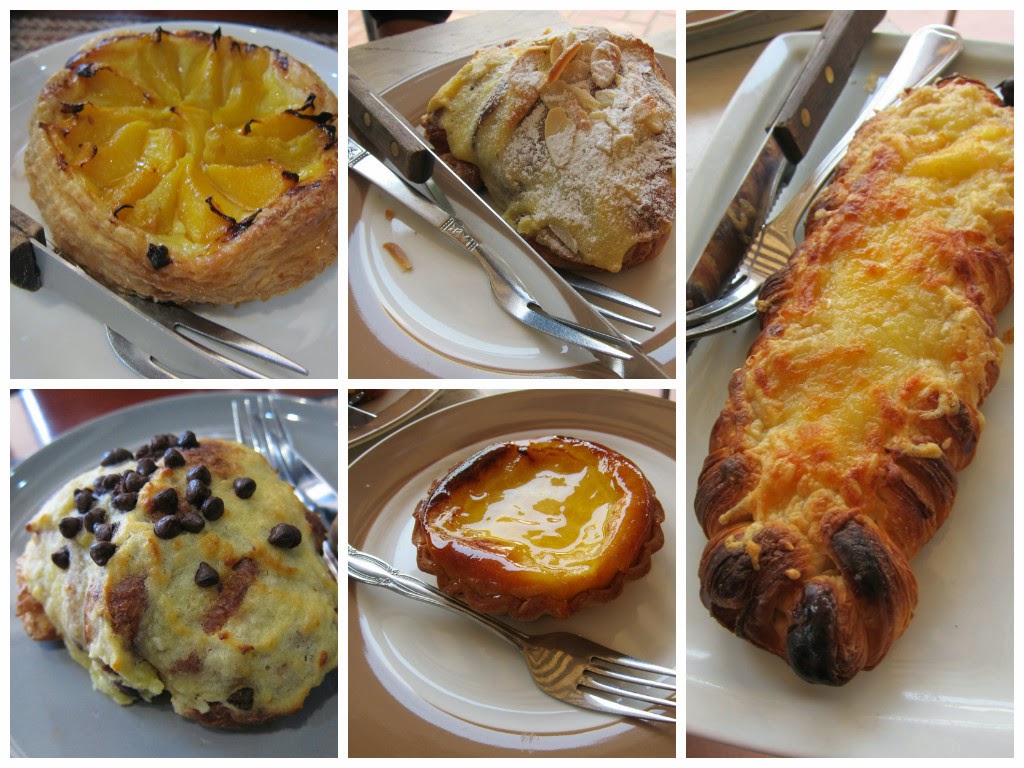 Email ThisBlogThis!Share to TwitterShare to FacebookShare to Pinterest
Labels: 2014, Food, LAOS, SE Asia Hop, What Do I Eat?