I blogged this Halloween costume on my fashion blog, but I believe the entire legend needs re-telling here.

While possessed by an unknown force, I decided that I wanted to be a unicorn for Halloween: this year, next year, and every year after that, so I set about making my own costume to wear to  Halloween parties in Japan.

This is a guide on how, and why, you should experience Halloween in Japan.

Materials for the costume:
- about 1 yard of faux white fur
-  1 ball of yarn (for the mane and tail)
- cardboard, paper towel roll (for the horn)
- gold ribbon (to wrap around the horn)

I made a pattern for the body from a vest, and the hood from a hooded sweatshirt.  I cut the paper towel roll and shaped it into a horn, then affixed it to the body with a glue gun. I also put cardboard under the horn on the opposite side of the fabric to hold it in place so it would not droop. Nothing worse than a droopy horn.


Step 2: Fly your ass to Japan

Japan has the most outrageous Halloween parties in the world. It was not always this way. A few years ago the country had never even heard of Halloween, so the event was only celebrated by English teachers and other expats. Slowly, the trend started catching on.
In 2008, I was in Tokyo for Halloween, and happened to be present for the Yamanote line hijacking. This occurs when a group of drunk foreigners crowd onto one car of the Yamanote train line in Tokyo, and make a huge mess.
I was not present for the actual party, just for the fall out when the authorities broke it up. After someone overheard me speak Japanese, I was approached and interviewed (briefly) by a reporter for NHK. Here is how the interview went:

NHK: What is your costume?
Me: Unicorn
(didn't know how to say this word in Japanese. I basically just sounded it out and added "desu." Real eloquent, my Japanese).
NHK: So, where will you go for Halloween?
Me: Shinjuku ni-chome! (ehem, that's the Gay district, ya'll)
NHK: Oh, why there?
Me: Because gays know how to party~!!!

Alright, I don't think that part made it on the air, but it was a good show for the people standing around watching. Well, in the U.S. the gay neighborhood is always THE place to be for Halloween, (hello, West Hollywood?), but not so in Japan. When I hit up Shinjuku ni-chome  it was dead. Dead. Not one person in a costume. God I hope that has changed, but I bounced from that scene so fast and I was back in Shibuya partying it up. No wonder NHK was confused by my answer.
You gotta trust Japanese people sometimes.

Well, the next year I spent Halloween in Japan, and I did it right: I went to Osaka.

Fortunately for me, I already had some. So I met up with my home-girl (Japanese) in Osaka, and two travel buddies (Australia). Together, we were one extreme foursome.

Wait.
Don't do this.
You'll get arrested.
I don't want to be responsible for that.
But do pretend to hijack a bike and take silly photographs on it before the owners realize what you're doing. 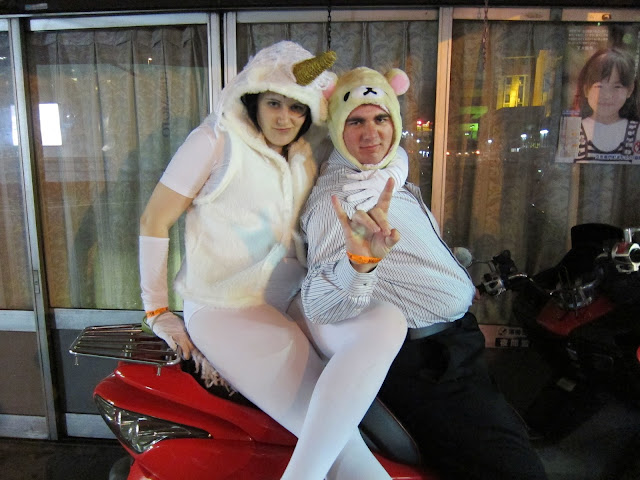 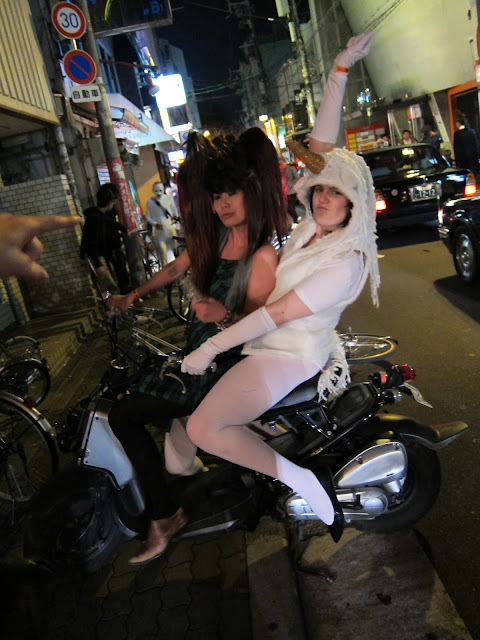 Step 6: Be as nasty as you wanna be

It's Japan.
You can get away with anything.
Trust me on this one. 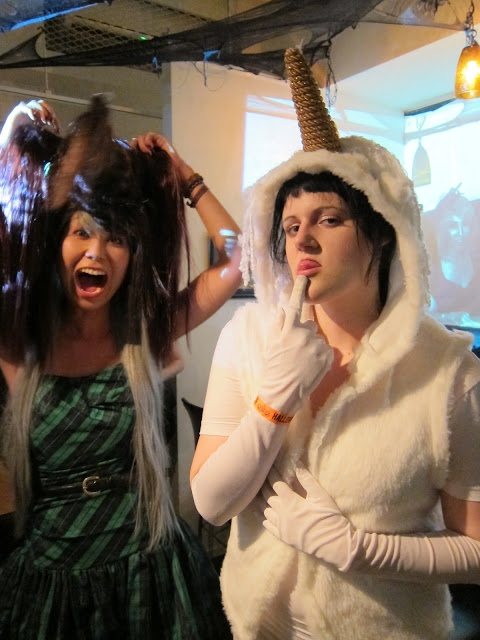 Happy Halloween! Enjoy some photos of my good times~! 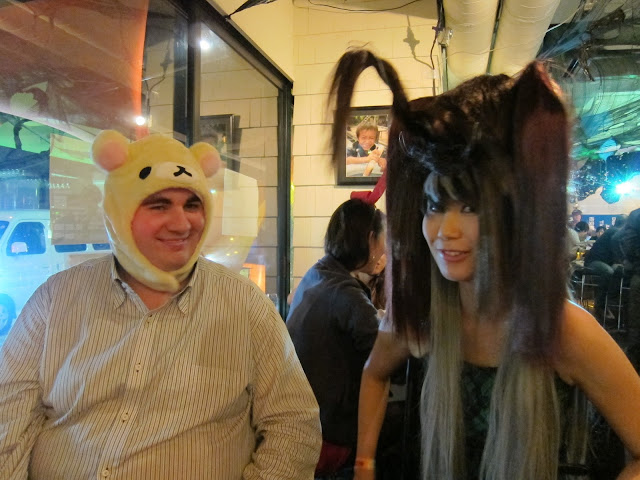 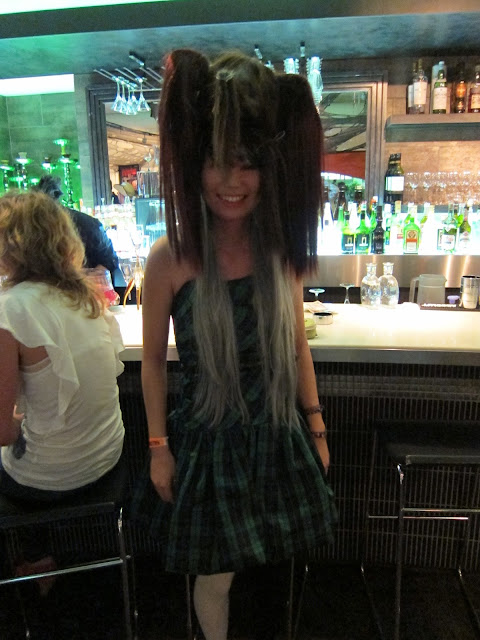 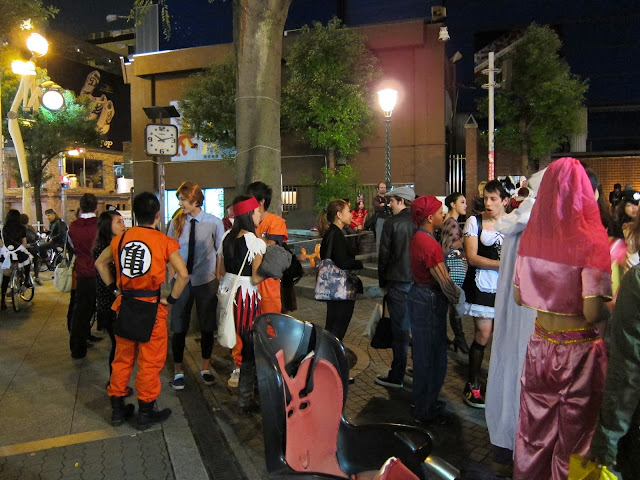 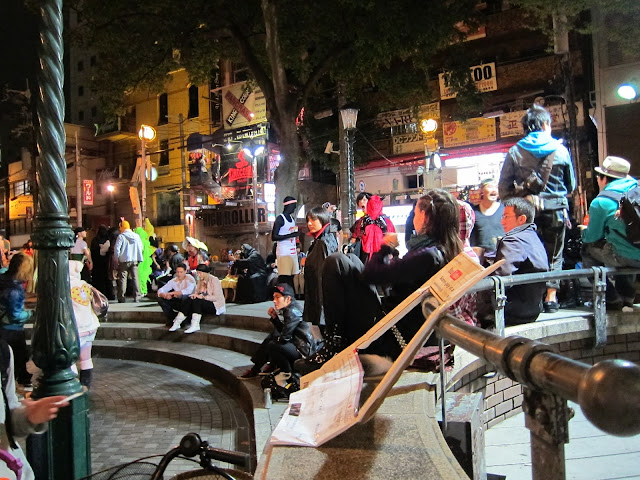 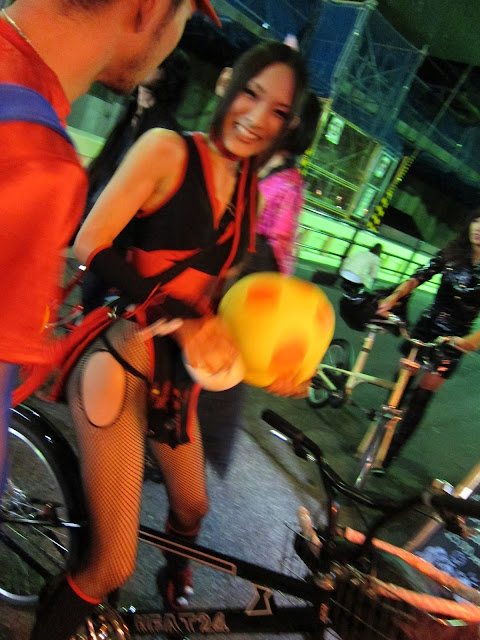 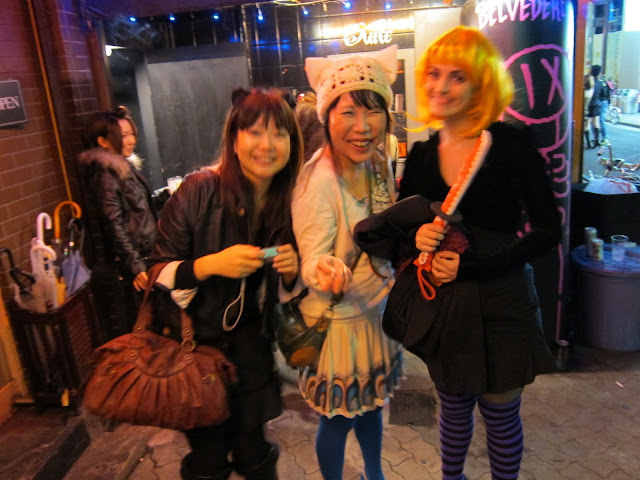 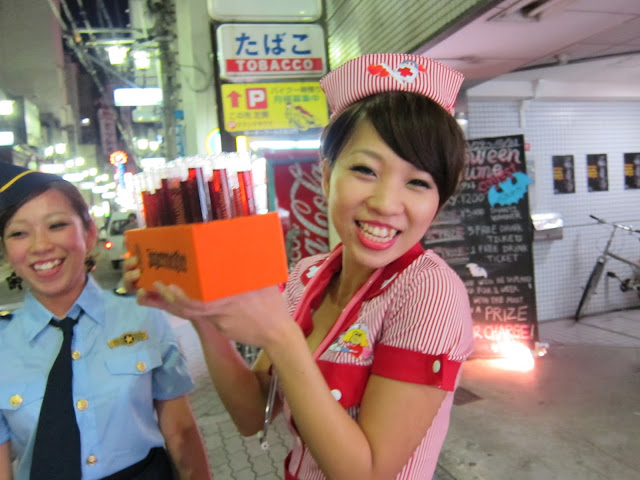 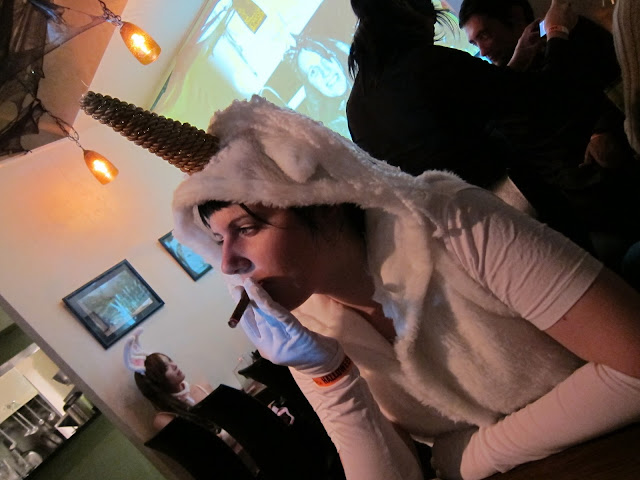 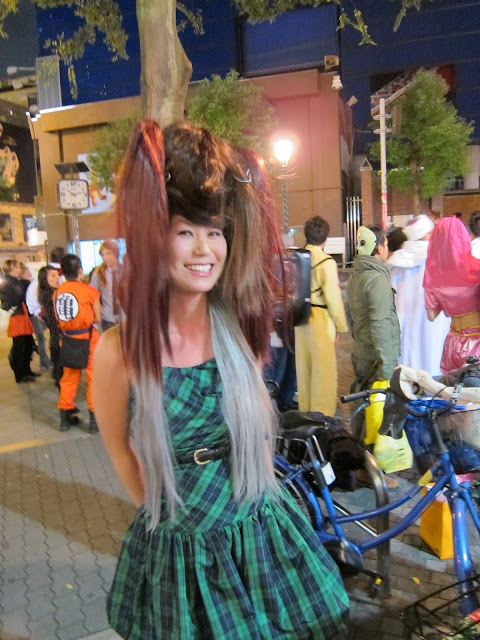 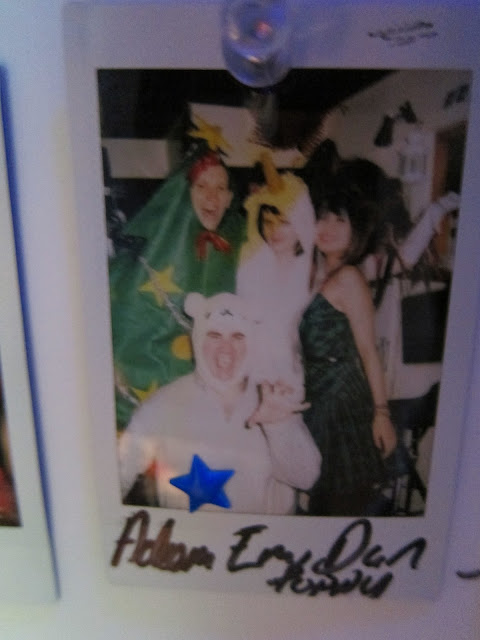 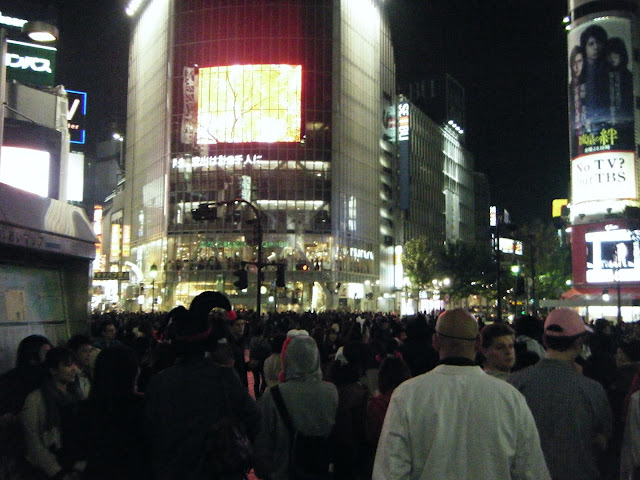 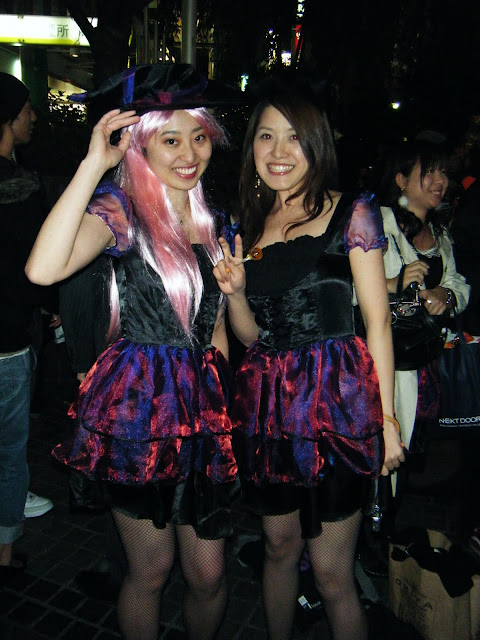 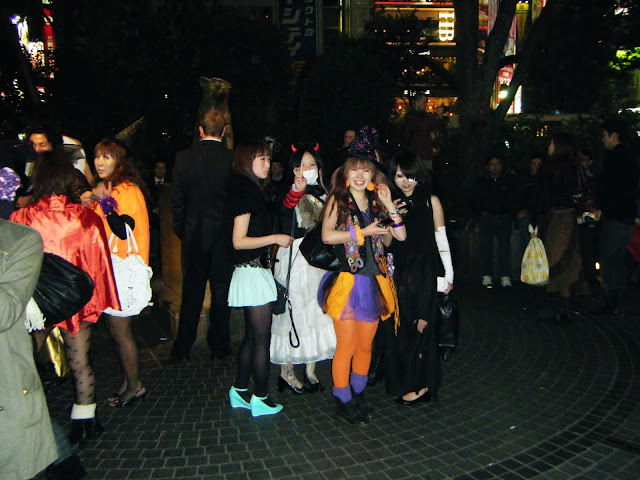 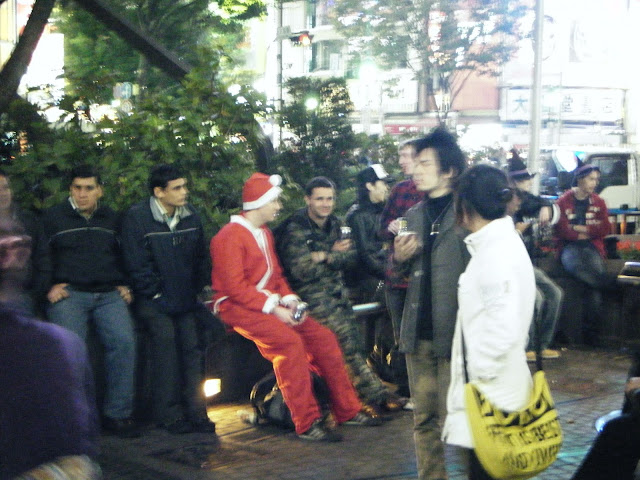 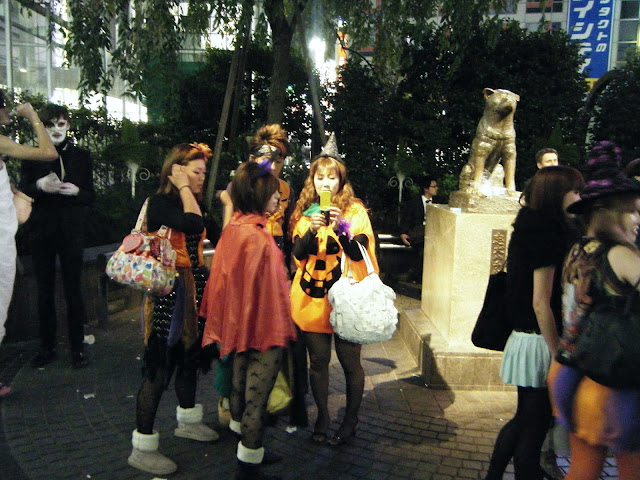 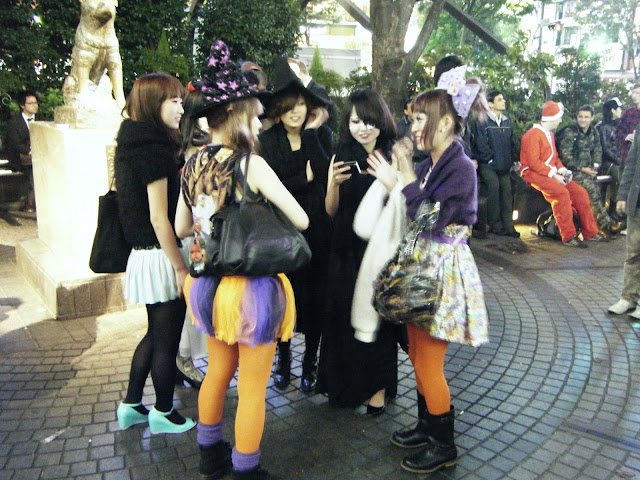 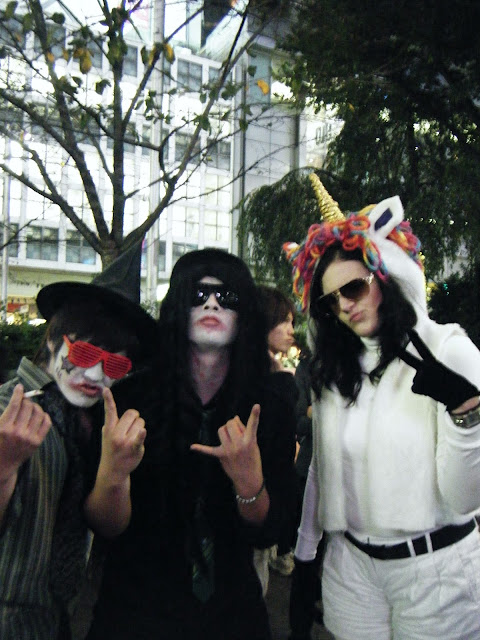 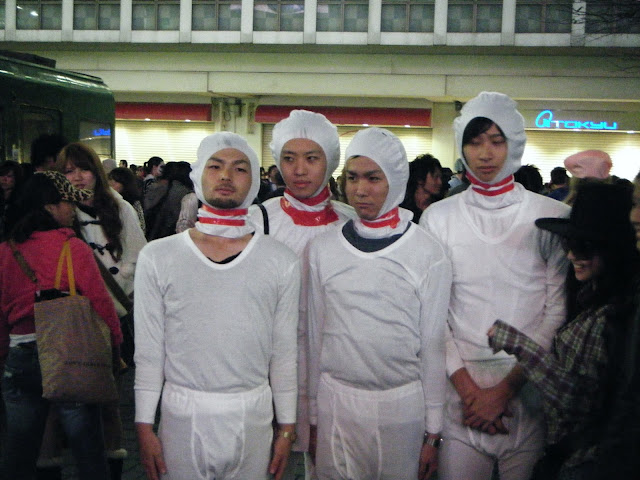 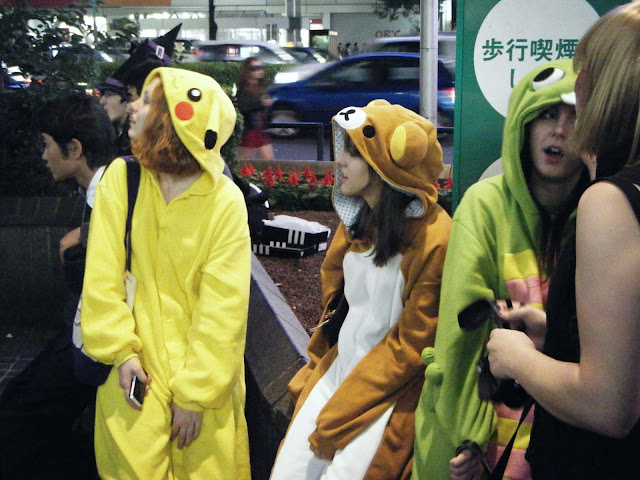 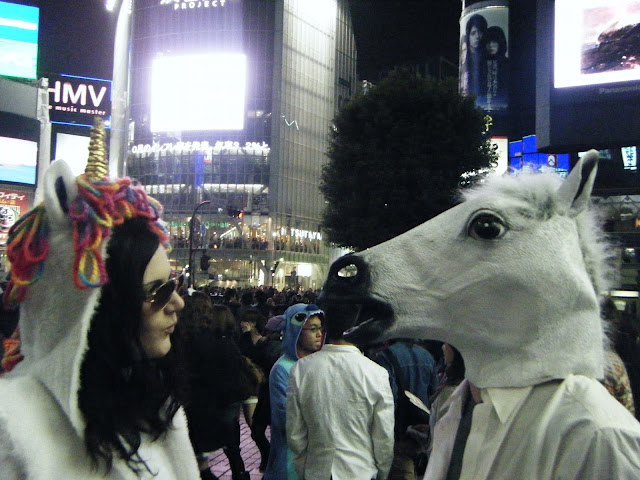 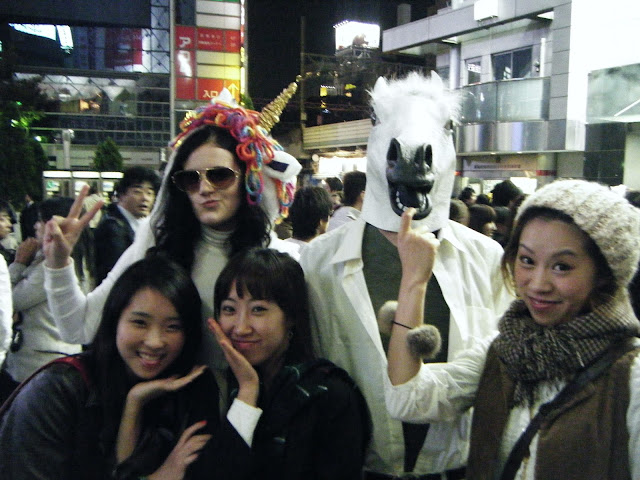 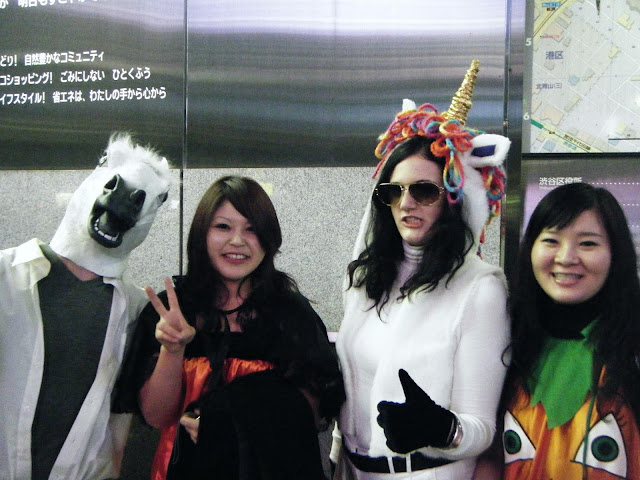 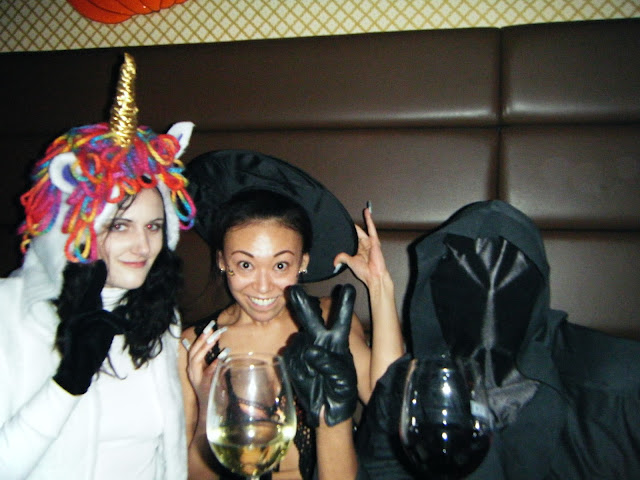 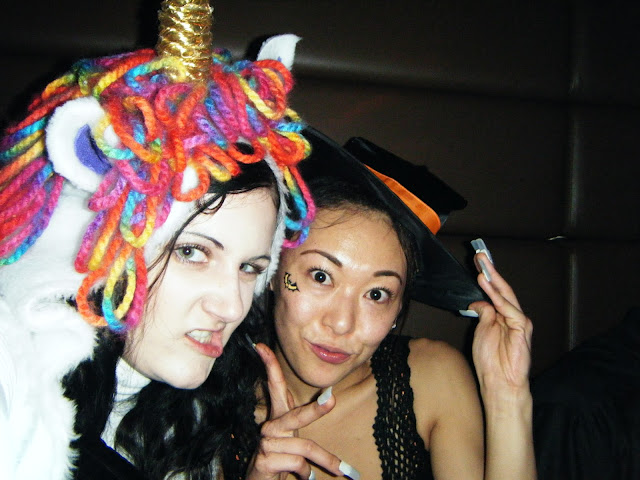 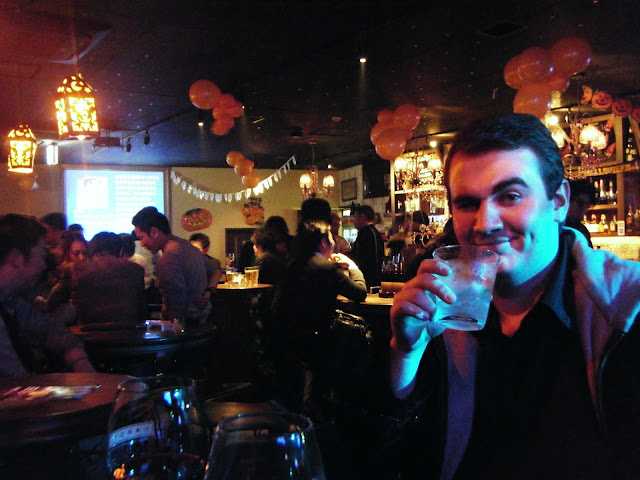 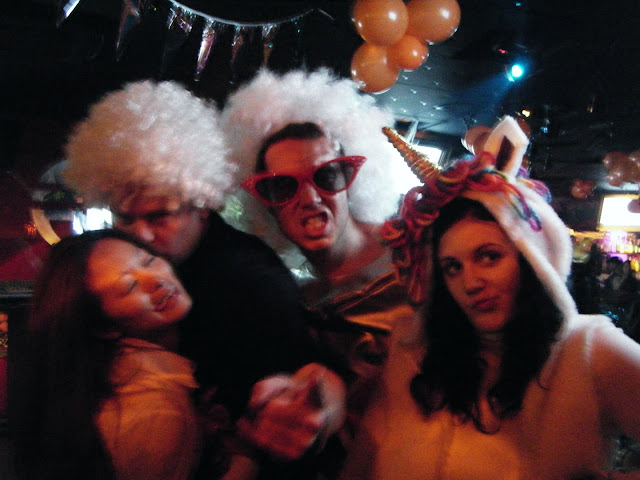