An Ode to the Town of Hoi An 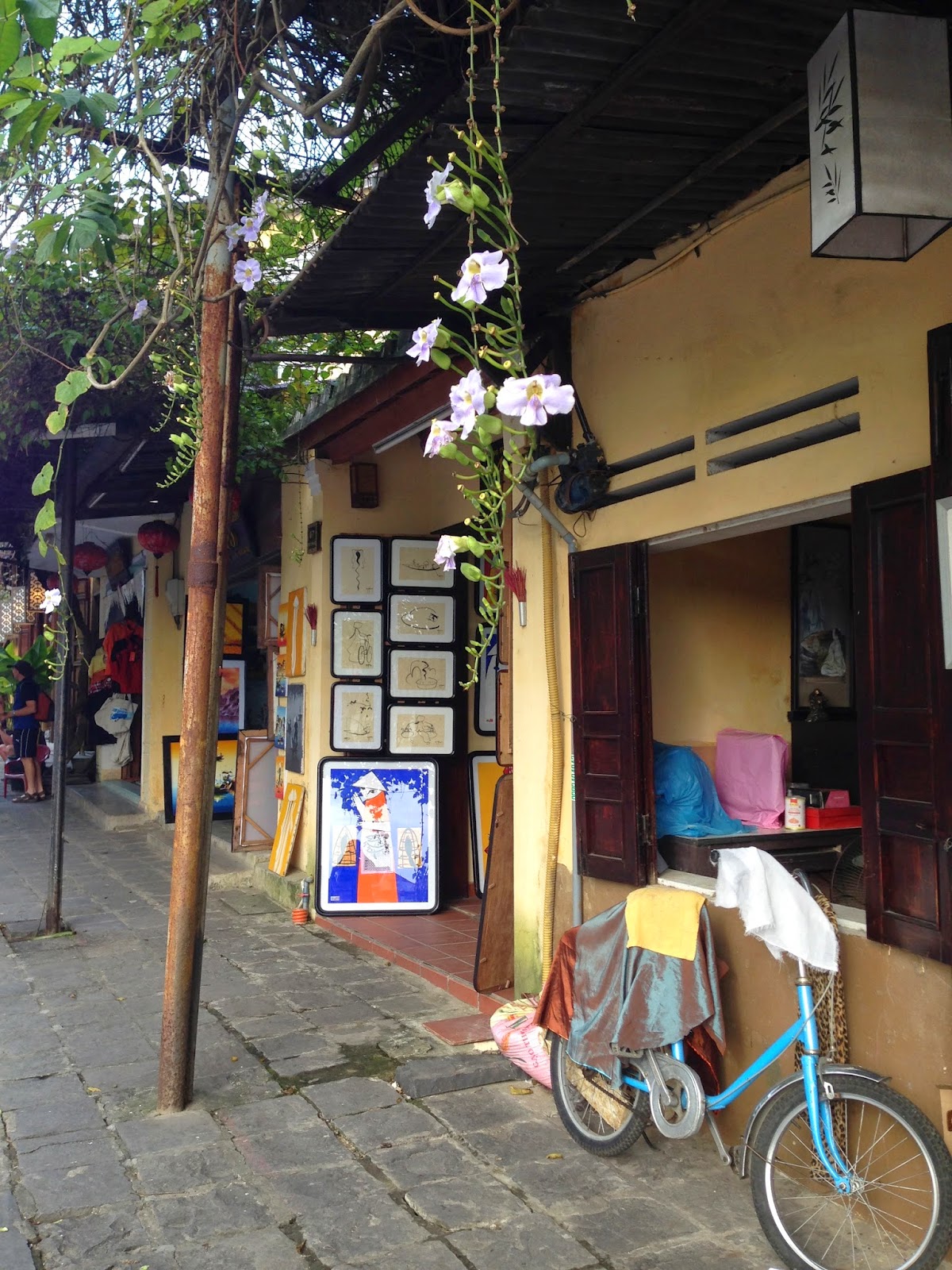 Now we are in this quant city whose beauty borders on boastful. In the afternoons there are so few cars that I can briefly lower my alertness when crossing the streets. It is wonderful to be able to day dream on the streets again. I welcome the walkability of this city. It is also a visual feast in its existence. Offering plenty even to the casual stroller. I like that about a place. I don’t want to wait in line a pay to see it’s main attractions. The city itself should be an attraction.

On the train we followed tracks that hugged the coastline’s waters and danced around the mountain’s peaks. It was the brightest day we had seen in Vietnam and the slick palm trees shimmered like glass in a leafy green forest. Strangely, he clouds didn’t retreat with the sun, they grasped the tops of the mountains until their peak were beyond visibility. It wasn’t a tight grip, something gentle, even kind. I saw these views facing backwards on the train. I hate looking backwards but I had no choice. The seats in the train car were oddly arranged so that half faced forward and half faced backward, with passengers facing each other in the middle. The views in the distance were slow moving, but close I felt the images were being  pulled from me at a tremendous force. Faster than a curtain disappears to the sides of a stage. We passed a small town where the backs of homes faced the train tracks, and one clotheslined yard ripped  past the other. If I could have seen them coming I would have known. But they snuck up behind me and vanished into the edge of the window frame before I knew what I was looking at. One clothesline after the other.