These photographs were taken from At.mosphere, which is located on the 122nd level of the Burj Khalifa, the tallest building in the world.

When I edited these photos, I juxtaposed ones in heightened color with ones in black and white.

The colorful photographs seem reminiscent of old posters for amusements parks, a tiny model in a bright, ideal world.


The black and white pictures, on the other hand,  look more like the photographs from the industrial revolution: gritty, bleak, fearful.

Dubai changes with one's perception. Whether one chooses to see it as a fantasy theme park or a cosmopolitan wasteland, it is all a matter of perception.
These images are meant to capture those perceptions. 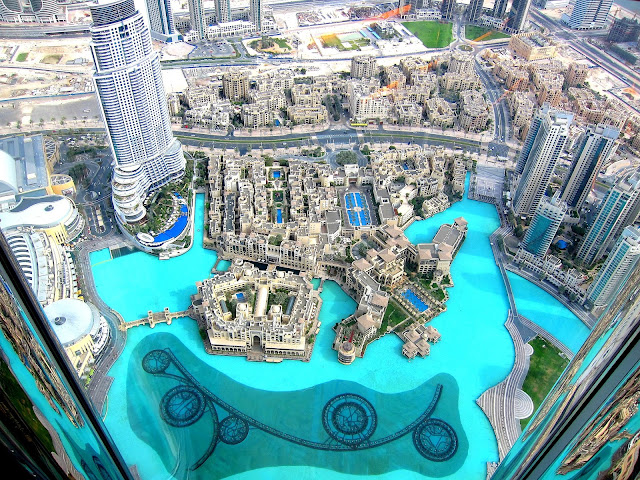 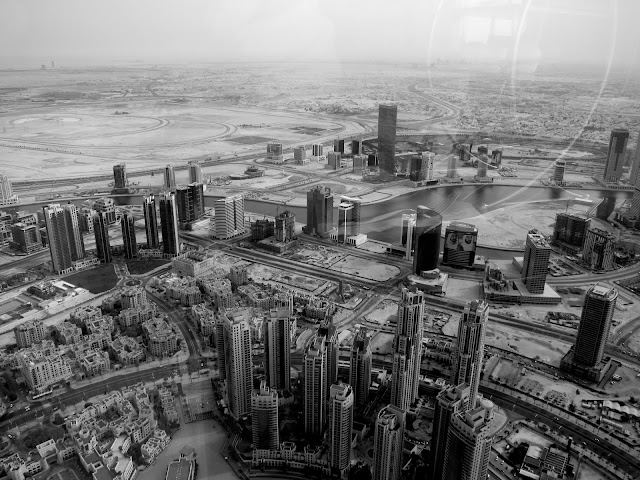 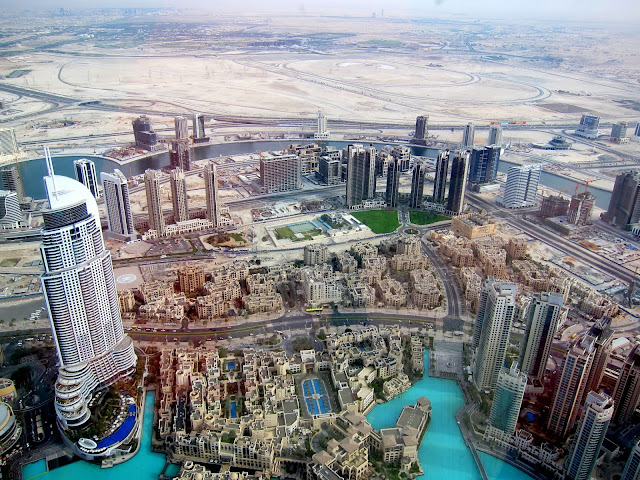 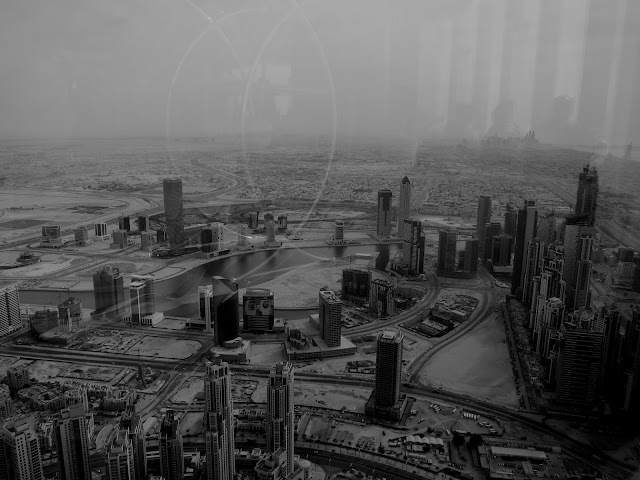 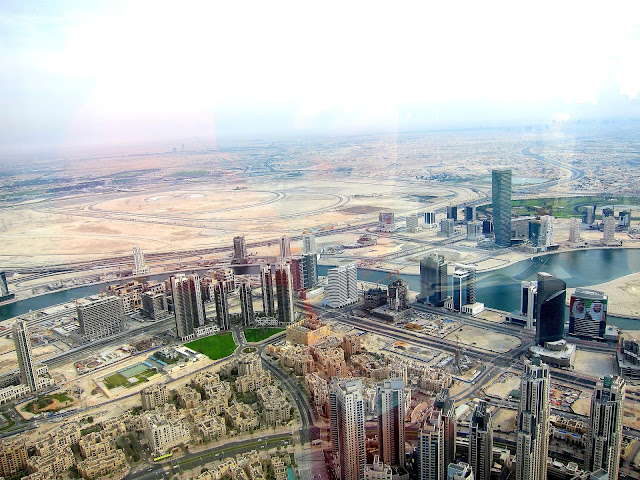 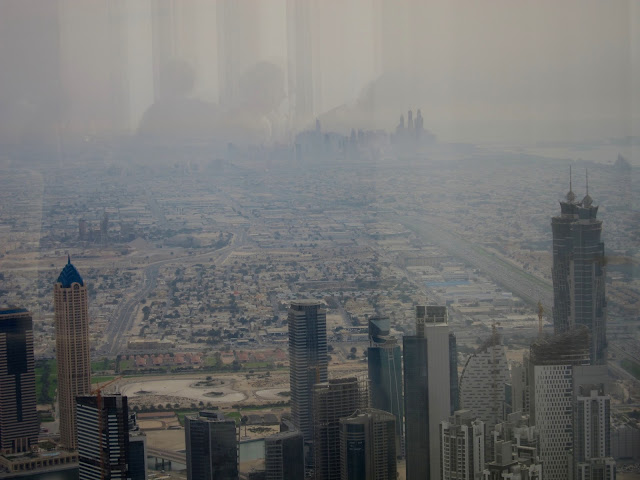 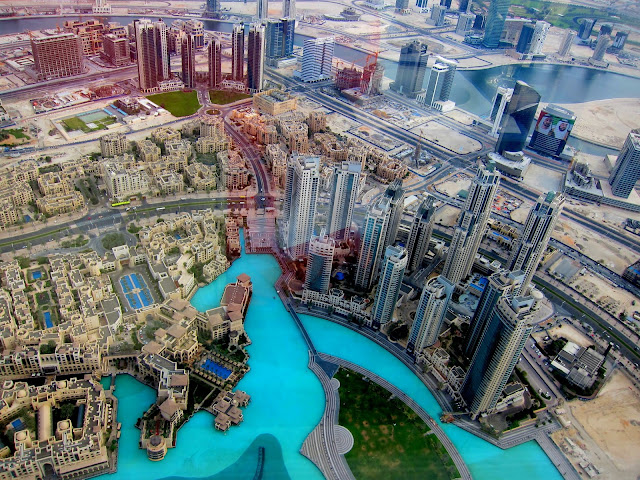 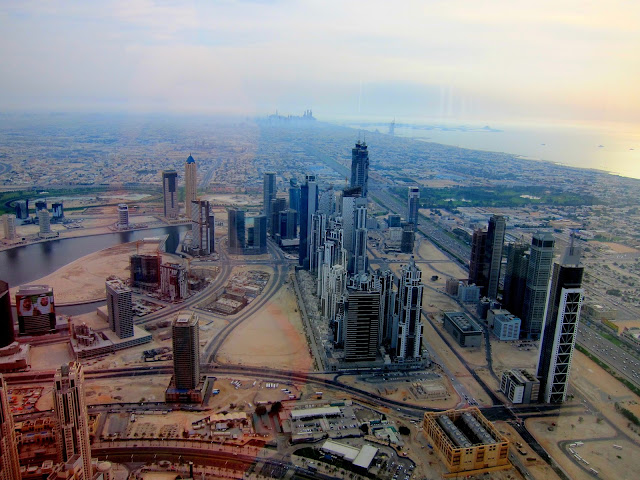 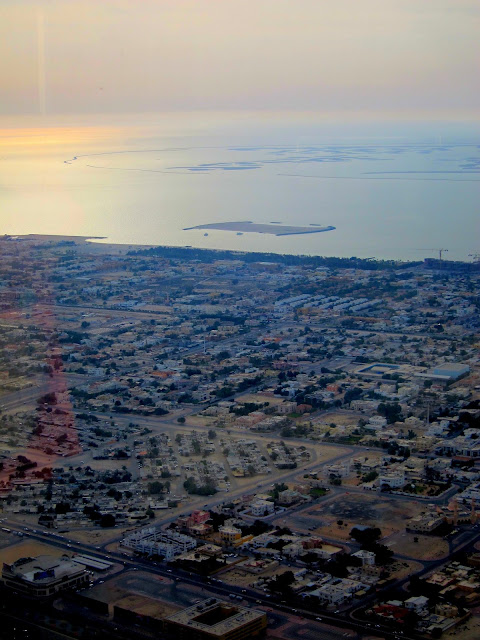