What I ate in Dubai

I knew this city would have a bit of everything, being one of the most international places on earth.

My list of food spots mostly consisted of Starbucks, McDonalds, and one afternoon tea experience, but here is the recap for my Dubai eats:

1. Food I wished I had, but didn't:  Champagne Brunch

Brunches, as I learned, are one of the staples of Dubai. Many places offer the sumptuous   feasts that make the Las Vegas buffets look sparse. Dubai also has something I haven't seen in Vegas: alcohol buffets. Reminiscent of the nomihodai "all-you-can-drink" hours in Japan, these alcohol buffets keep the booze coming till you are passed out of the floor and then some.

2. Food I had, but wished I didn't:  one too many milks from Al Sham's


Speaking of too much of a good thing, my first day in Dubai I took a walk across the sandy pavement to a little market know as Al Sham's, and in my excitement and jet-laggedness, I purchased no fewer than 12 bottles of various kinds of milk. Rose milk, cardamon milk, mango milk, strawberry milk, etc.


While this was mostly cool, let me be the first to say, not every flavor tastes good as a milk, and certainly not after the 12th bottle. 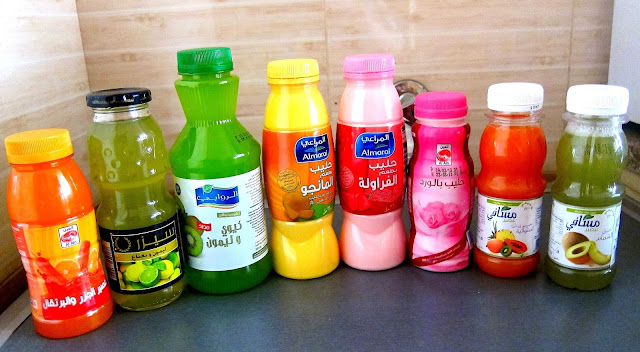 3. What should have been on the list: Brunch Buffet


While I was here, I had the privilege of eating at two brunches, which are really just buffets.  In Dubai, brunch is a bit later than in the states, lasting from noon to 4:00 or 5:00 in some places. But really, you can find buffets at any time of the day and night. My favorite memory involved my friend and I searching for a Thai buffet at 10:00 pm on a Thursday night.
After three metro stops, scanning through one edition of TimeOut Dubai magazine, and running into a surprising cool Israeli DJ, we managed to find a Thai buffet in Wafi mall. 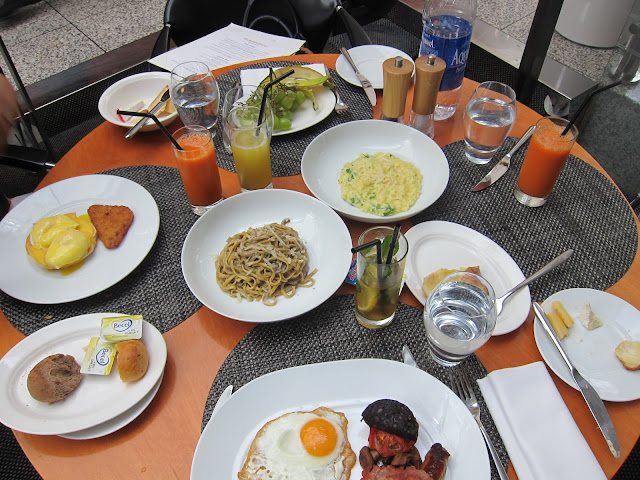 I have never been a huge fan of hummus and kebobs at restaurants. Maybe this is because as a Greek, I grew up eating these food every day at home, so going to a Middle Eastern or Mediterranean restaurant was akin to eating inferior versions of my dad's cooking. So, you might imagine my surprise when I went to Dubai, and had some of the most delicious kebobs and shawarma I have ever tasted. 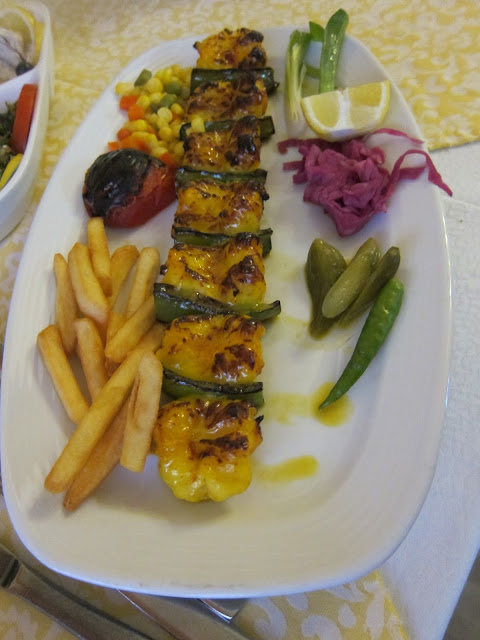 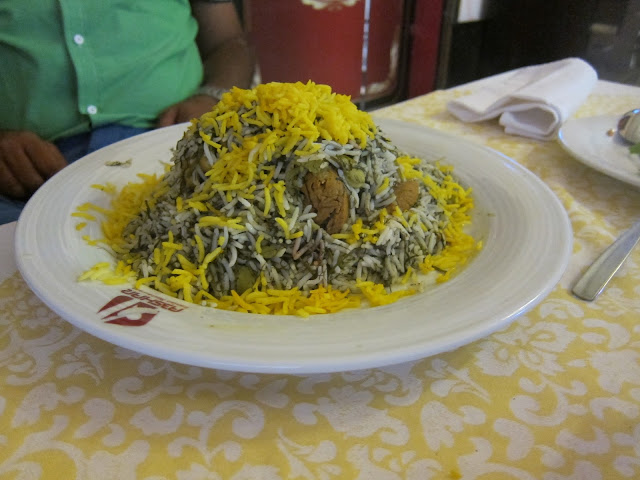 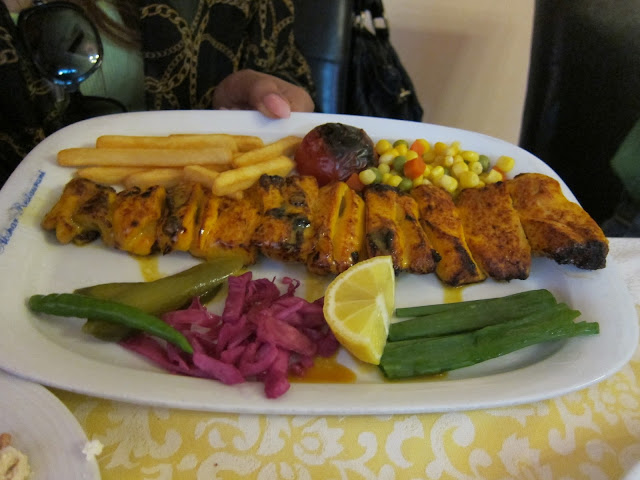 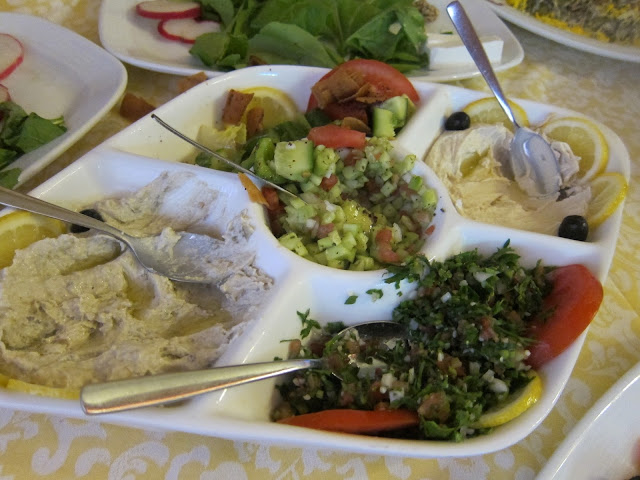 5. Most delicious meal: Chicken kebobs on my first night in Dubai


When I arrived in Dubai at 7:00 pm, my friend and host graciously bought the Marhaba service for me, which whisked me through the airport and in 15 minutes from the time I stepped off the plane, I was in her car, sitting in Dubai traffic. By the time I got home and unpacked, it was around 9:00 pm. I was exhausted, and definitely not hungry, but my host suggested we order some food for delivery.

So on this night, my friend ordered some chicken kebobs, with mushrooms, pita, french fries, garlic sauce, hummus, and fresh vegetables.


This simple meal was my best memory in Dubai, not only because the food was good, but because it was such a Dubai experience. 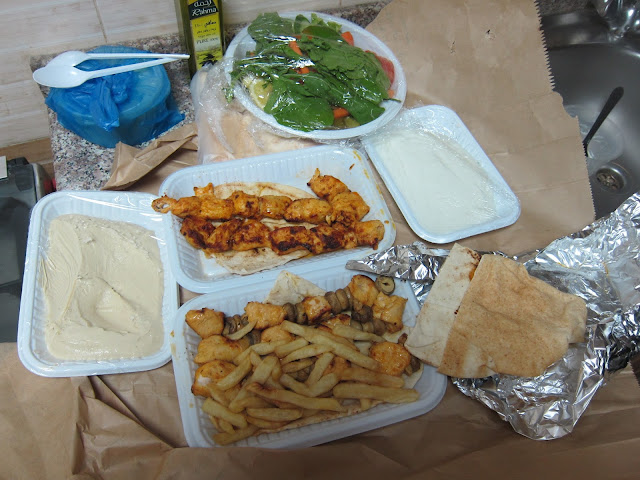 Dubai is often characterized as an amalgamation of cultures. So there I was,  a Greek-American,  who had just gotten off a plane from Seattle, standing in the kitchen of my Brazilian-Nigerien-American friend, who just moved to Dubai and didn't have a dining room table or eating utensils. So we ate our Lebanese food from paper plates with plastic forks, while standing up in the kitchen. Two foreigners in a foreign land.

And one of those mundane moments in life, suddenly became meaningful.

Other foods I ate during my time in Dubai:

Email ThisBlogThis!Share to TwitterShare to FacebookShare to Pinterest
Labels: 2013, Food, UAE Dubai, UNITED ARAB EMIRATES, What Do I Eat?